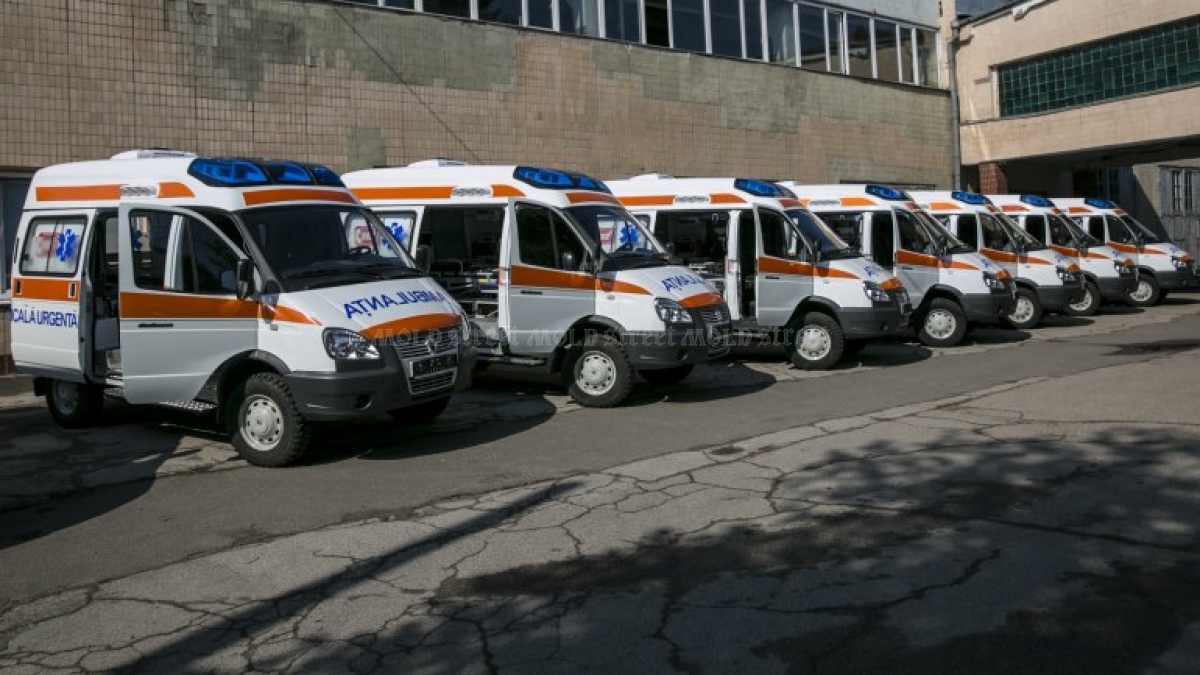 The chassis is the only Russia-made part in these vehicles. 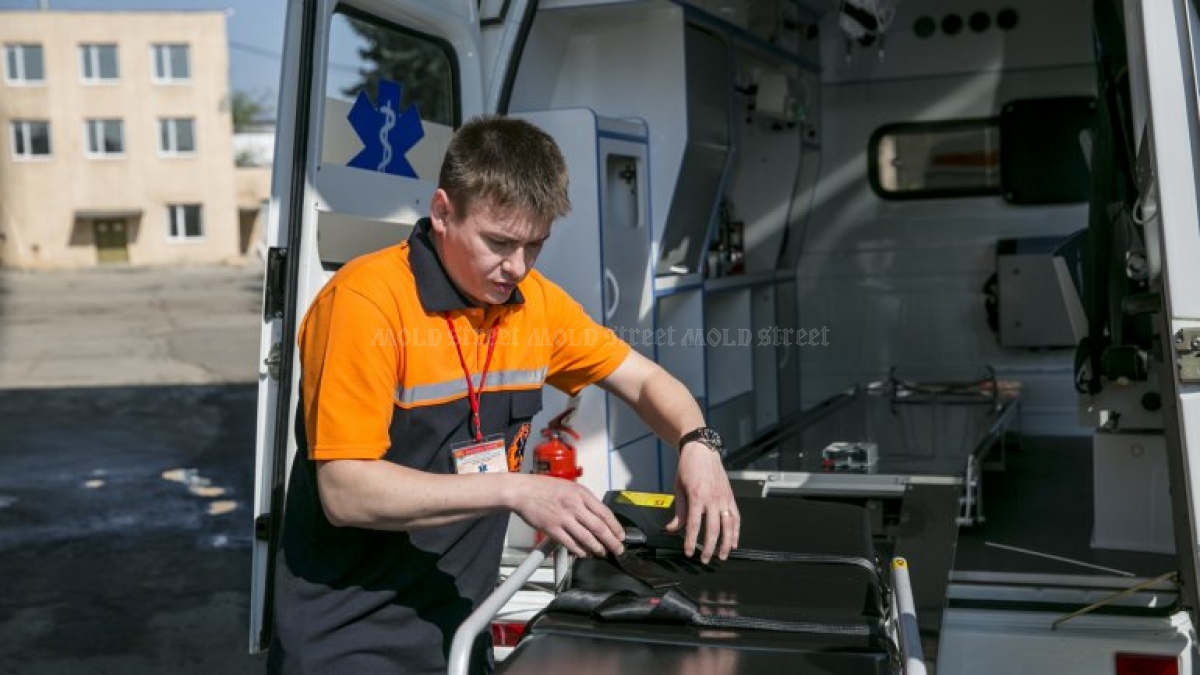 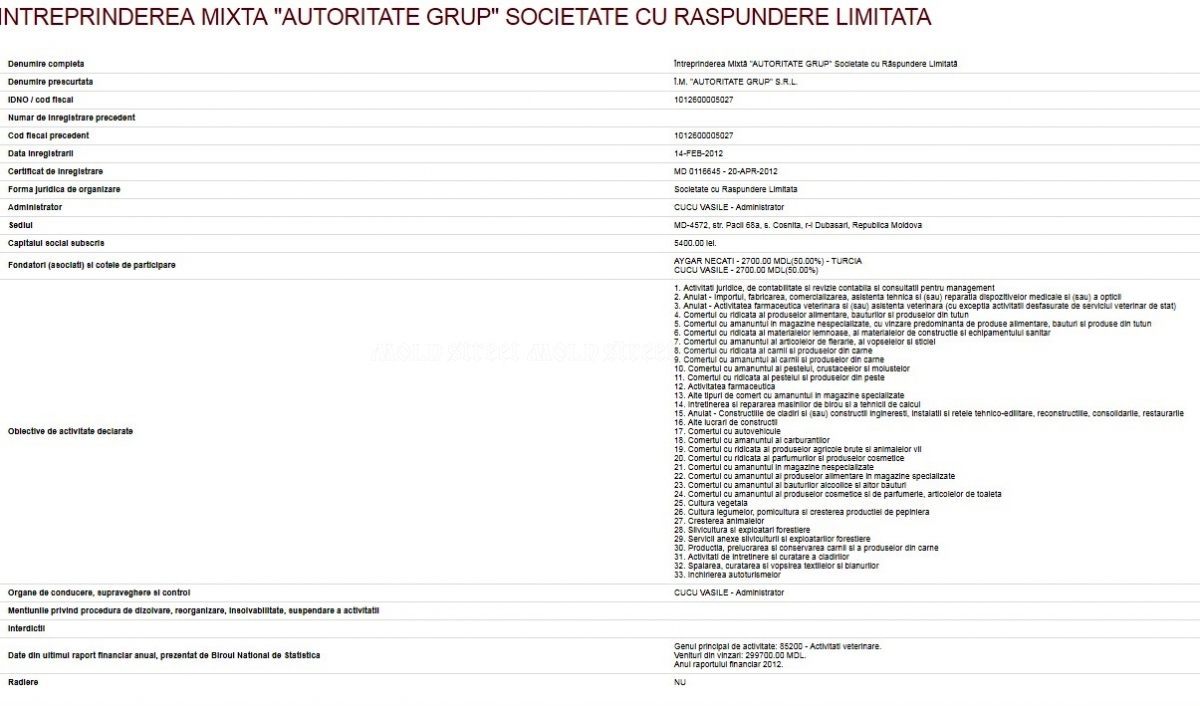 BNS
The first ten ambulances out of total 69 purchased for the Prehospital Medical Emergency Service have been shipped to Moldova and the remaining vehicles are expected to arrive by the end of May.

The Ministry of Health, Labor and Social Protection has said the ambulances will be assigned to 32 emergency service units across the country, mainly in towns where the ambulances were 90% used up. All regions are covered, a press release goes on, including central, northern southern districts, and Gagauzian autonomy.

"The sanitary transportation vehicles are of Russian manufacture and are compliant with all international standards in the field; the medical equipment used in those vehicles allows to provide emergency services at the highest level. This is just the first stage of modernization of the prehospital medical assistance services," the ministerial press release specified.

This is just a beginning. According to Alexandru Ghidirimschi, deputy director of the National Center for Emergency Prehospital Medical Assistance Center (CNAMUP), as many as 450 more ambulances are necessary to replace the aging and often dysfunctional vehicles in service, especially in rural areas.

"There are currently 295 fully working ambulances in the emergency medical assistance sector, made chiefly during 1996-2013. More than 80% of these vehicles are 100% used up. The first step towards renewing the motor park was made in 2017 when 69 ambulances of B-Type were acquired and shall be delivered by mid-May 2018," Mr. Ghidirimschi said at a staff meeting.

The Government has announced that it will give 273 million lei more to purchase another 168 ambulances, including 35 vehicles of C-Type (for intensive therapy) and 133 vehicles of B-Type (for first aid).

The Ministry of Health, Labor and Social Protection has explained that "once the modernization of the ambulance basis for emergency assistance continues, the capacity for primary emergency medical services will increase along with the speed of aid for patients."

Who is the supplier

The new ambulances were made at GAZ plant in the Russian Federation. GAZ is part of the Basel Group of Russian oligarch Oleg Deripaska, who is on the US sanctions list. The acquisition of GAZ ambulances has sparked some negative reactions and raised a few questions.

In addition, the Moldovan company that imported the ambulances from Russia is Autoritate Grup SRL, a limited liability registered in the village of Coșnița, Dubăsari District. It operates from an office in Chisinau. The firm has a statutory capital of 5,400 lei and is owned 50-50% by two associates: Vasile Cucu from Moldova and Aygar Necati from Turkey.

This firm won in December 2017 an auction organized by CNAMUP for the delivery of 69 ambulances for a total price of around 45 million lei. However, in March 2018 a new auction was held in order to increase the contract price by 6.5 million lei, official data show. The total cost thus climbed to 51.5 million lei, or 746,300 lei per each vehicle.

Vasile Cucu, a senior logistics official at the Prehospital Emergency Medical Assistance Service, says the price changed in connection with a decision to purchase all-wheel drive ambulances rather than two-wheel drive vehicles.

"These machines are designed for rural communities and we decided to increase the contract’s cost in order to have full haulage ambulances. The law permits such an operation within 15% of the initial cost," Mr. Cucu stated. Asked about the fact that his name coincides with the name of the owner of Autoritate Grup SRL, Vasile Cucu, the official said it was a simple coincidence and he had no relation whatsoever with the businessman.

"For the purpose to avoid questions, I withdrew from the selection panel and skipped the acquisition process,” the logistics official assured.

Interestingly, Autoritate Grup has won over the past five years more than 40 contracts totaling 76.8 million lei from the government, mainly medicines and medical equipment, and agri-food.

It is also on the list of exporters of agricultural produce to Russia. The firm’s manager and owner Vasile Cucu says Autoritate Grup got on that list by accident. “We never requested permission to export agricultural produce from ANSA or Rosselhoznadzor (Moldovan and Russian phytosanitary services) and we never shipped fruit or vegetables to Russia,” Mr. Cucu said.

Vasile Cucu also denied that the ambulances he delivered were “fully manufactured at GAZ,” – only the chassis is produced by GAZ and the rest of vehicle is Sobol.

"What I heard isn’t true. The vehicles had passed the process of conversion into a mobile medical unit at another Russian company – Promteh. All medical outfits are compliant with the highest international standards of safety and were made in Japan, South Korea, Italy, and other countries. The medical equipment itself costs much more than the vehicle as such," Vasile Cucu told Mold-Street.com.

The contract with CNAMUP obliges Autoritate Grup to offer a two year service warranty for the vehicles, he went on. Asked to confirm a State Fiscal Service published report that exposes Autoritate Grup as a tax debtor, Mr. Cucu described it as “an error in official registers”: “If my firm had any debts in taxes or other kind of fees or duties at the time of auction, it would never be admitted to that auction.”

The National Center for Emergency Prehospital Medical Assistance Center was founded in 2015 and has five divisions across the country – North, Center, Chisinau, South, and Gagauzia. Its mission is to provide quality primary medical services to 3.55 million residents of Moldova, all free and round o’clock.