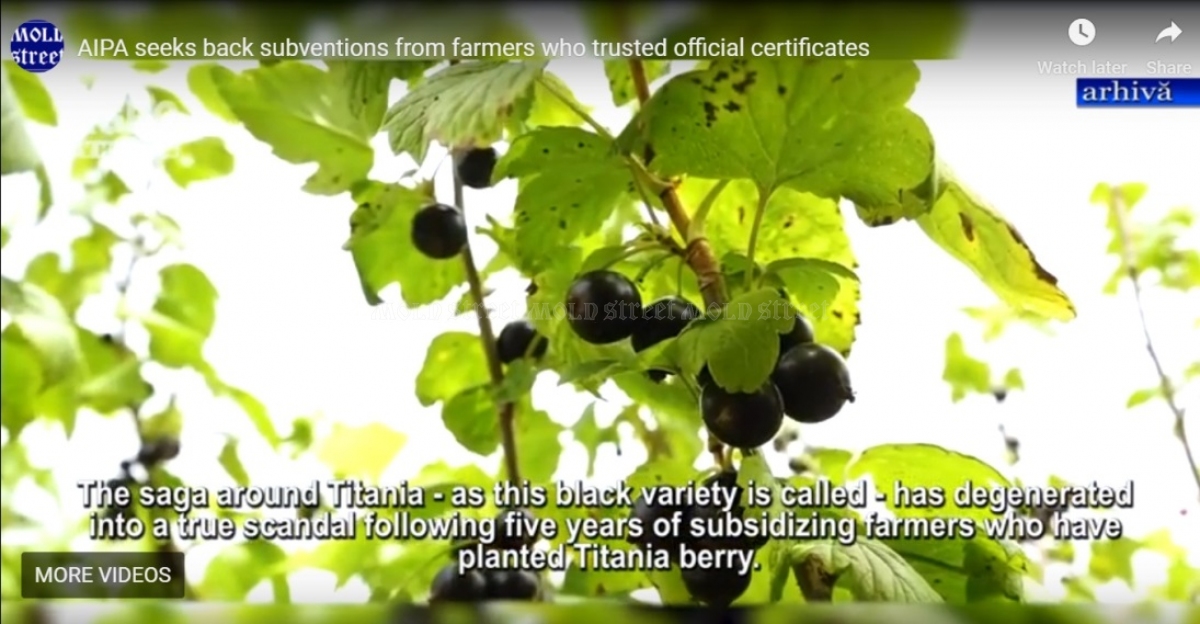 bns
Moldovan farmers who had planted a black currant variety of Swedish origin turned to cutting down thousands of hectares of Titania currant.

In spite of the promising name - Titania - this variety of black currant has not grown roots in Moldovan soil and the farmers who invested hopes in it have had no choice but to cut down the Titania plantations.

And those farmers who did so earlier than their contract with the Agency for Interventions and Payments in Agriculture (AIPA) provided were asked to pay back the subsidies they had received from the state for Titania.

The losses amount to millions of lei - in addition to the cash they are ordered to find in order to please AIPA. This is the price of taking too much trust in the certificates which the government had issued for the Titania currant.

Watch below a video report on this topic or visit our Youtube channel for more topics.

[VIDEO] New promises from Dodon: subsidized interest for 24 billion lei worth of loans

[VIDEO] New promises from Dodon: subsidized interest for 24 billion lei worth of loans