Study: The border on the Proute river is the main trade barrier for Moldova [SONDAJ] 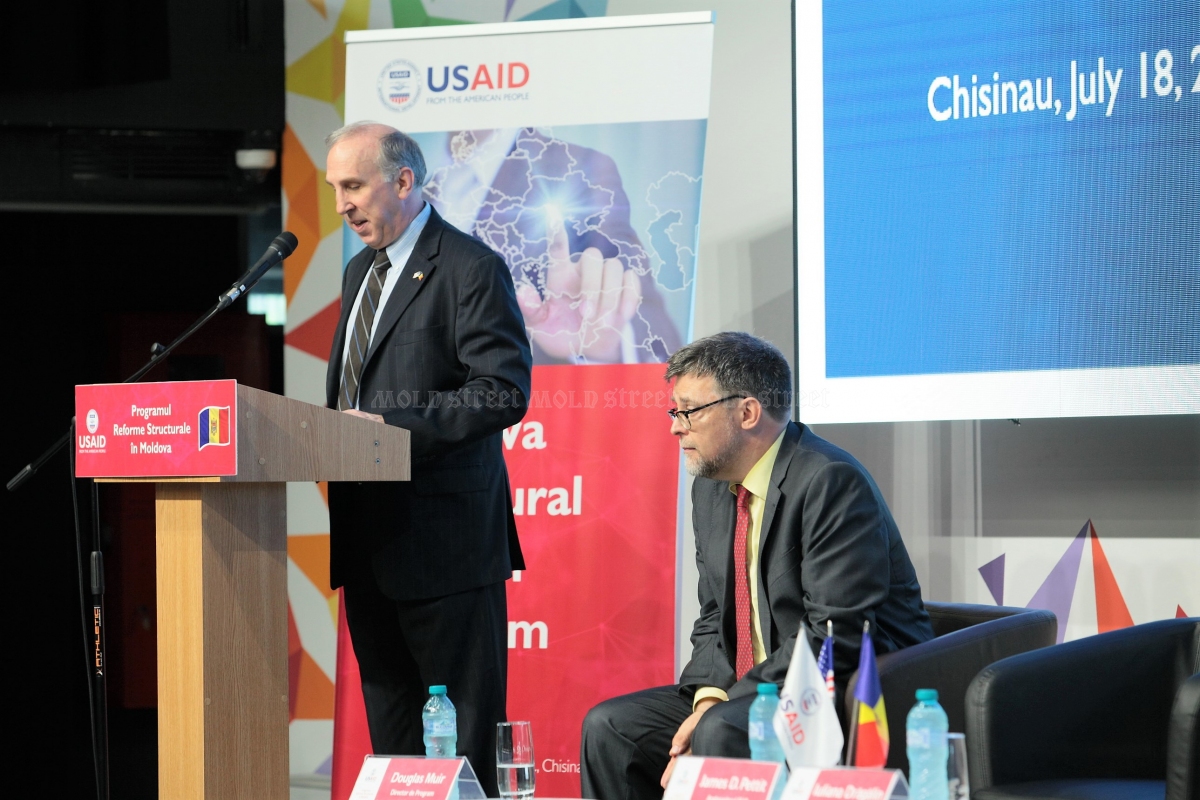 US Ambassador James D. Pettit calls on Moldovan authorities to push for reforms 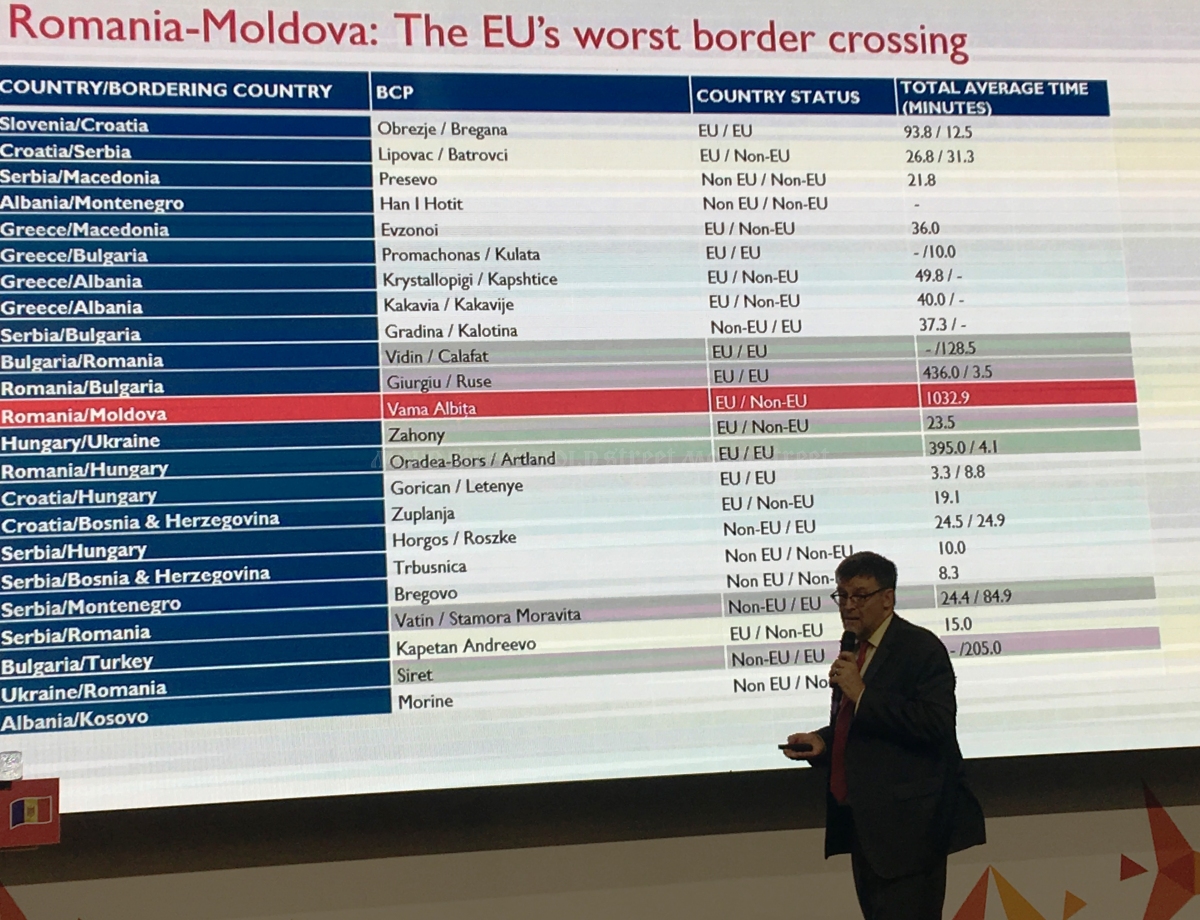 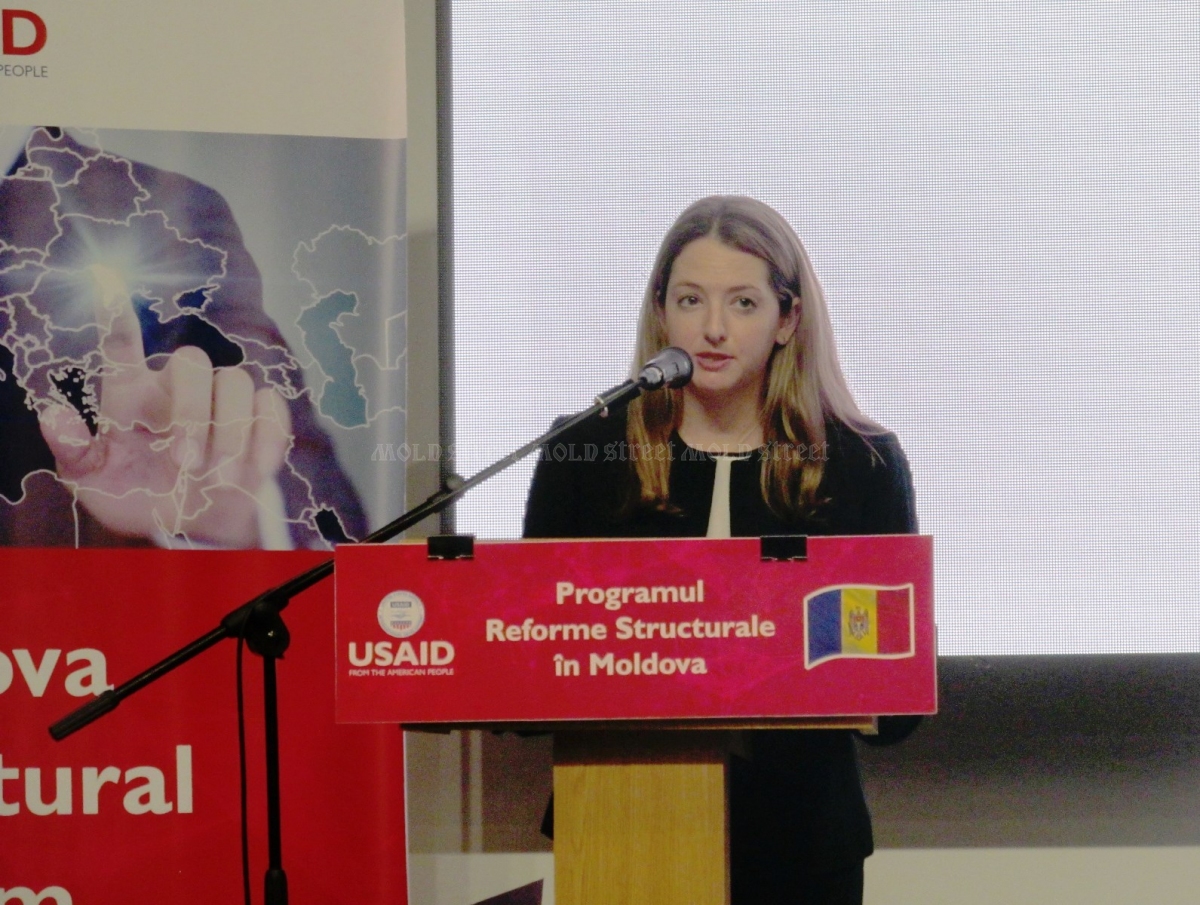 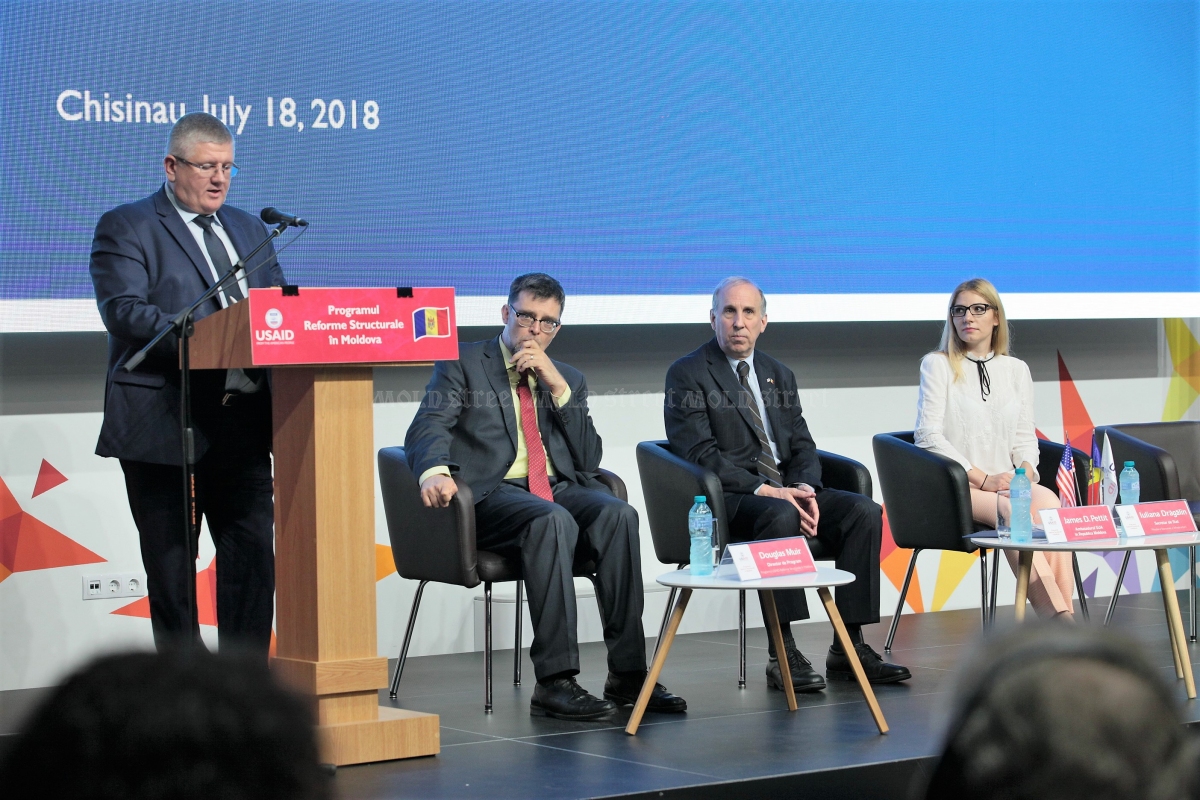 The strategy for improvement of the logistic sector performance in Moldova 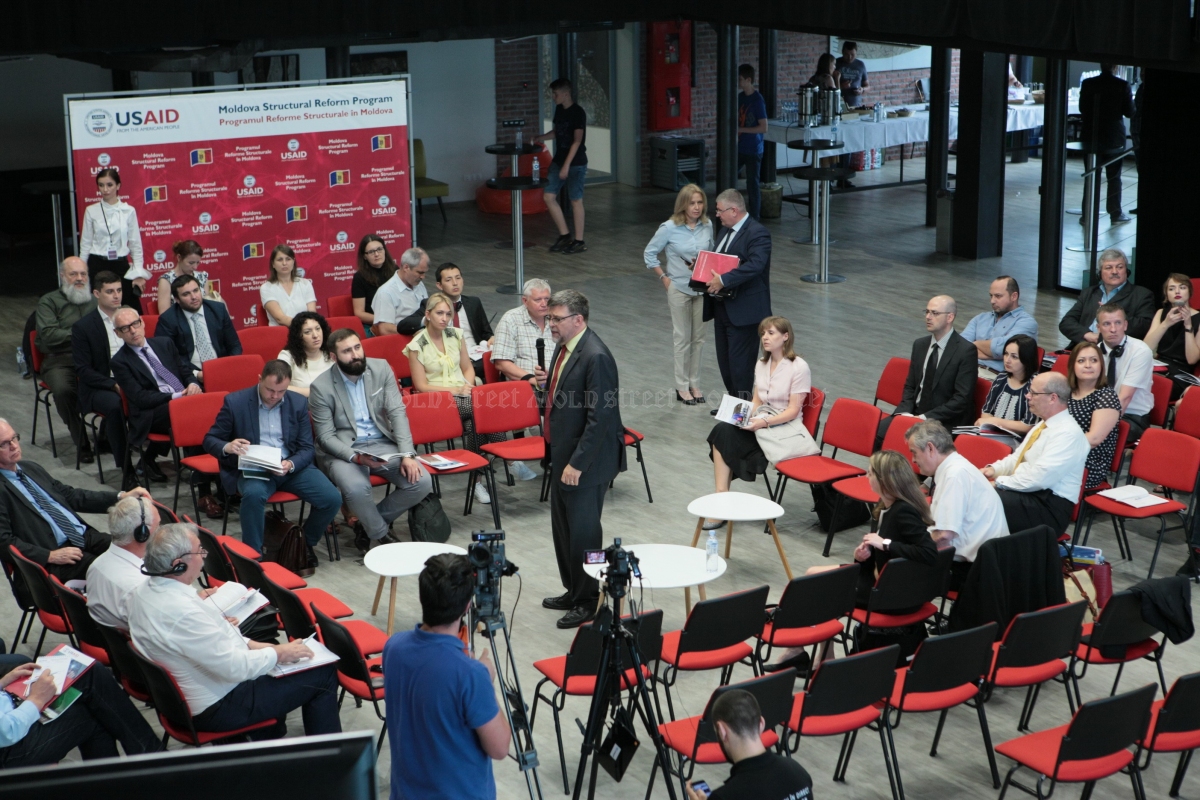 BNS advertising
The international trade - or the biggest part of it - occurs within the trade corridors, which are routes used to ship goods by land, by air, or by sea. The Republic of Moldova is by no means an exception, but it was lacking a comprehensive assessment of its trade corridors.

Only this year the Moldova Structural Reform Program, funded by the United States Agency for International Development (USAID), has elaborated the first comprehensive assessment of Moldova’s trade corridors.

The goal of the trade corridor assessment (TCA) is to measure corridor performance, identify bottlenecks and constraints, and determine solutions to improve corridor performance, which in turn will make it easier to trade goods. The TCA includes a series of strategic recommendations and actions for the Moldovan Government, targeting the facilitation of international trade along the existing routes used by Moldovan traders.

In his opening remarks, US Ambassador James D. Pettit described it a unique study, and underscored that “The Trade Corridor Assessment will provide Moldovan authorities and business owners with more practical solutions on improving trade corridors performance in order to reduce costs and, most importantly, to increase the competitiveness of Moldovan products on the international market”.

Mr. Pettit noted that in spite of its favorable geographic positioning at the crossroad of traditional economies and markets, and the world’s largest market - the European Union, the limited access to the sea has generated many constraints for the national economy of Moldova.

The Ambassador called on the Government of Moldova to “do the best it can in order to carry out the reforms in the transportation and logistic area, and to provide for a modern, clear, and simple regulatory framework for trade facilitation.”

90% of goods are shipped by land

In her turn, Iuliana Drăgălin, state secretary at the Moldovan Ministry of Economy and Infrastructure, said that the study was a “radiography of both trade corridors and trade facilitation’s level” that gives the authorities the needed levers to work out efficient policies and implement actions which will improve the situation in the area of infrastructure, transport services and logistics.

“We intend to develop a modern system of logistics and transport in Moldova which will attract more investments in the field and will contribute towards the creation of more jobs for citizens,” Mrs. Drăgălin promised. She admitted that the assessed trade corridors “yet need to be improved” and praised the Government for “implementation of reforms and measures that can be already tracked.”

Douglas Muir, Chief of Party of the USAID-funded Moldova Structural Reforms Program, reminded that a wide variety of transportation methods exist throughout the world.

In Moldova, however, around 90% of goods are shipped by land, a fact that renders importance to the quality of its roads.

„Although not the state of roads is the biggest issue for Moldova’s trade,” Mr. Muir said. In his opinion, the study has demonstrated that in fact the waiting time for truckers at the national border is the worst problem for Moldova’s trade. It takes from several hours at the border with Ukraine up to 1-3 days to cross the Leușeni-Albița checkpoint into Romania. More than 25% of all trucks loaded with goods crossed that checkpoint in 2016; it’s a key trade point for Moldova. 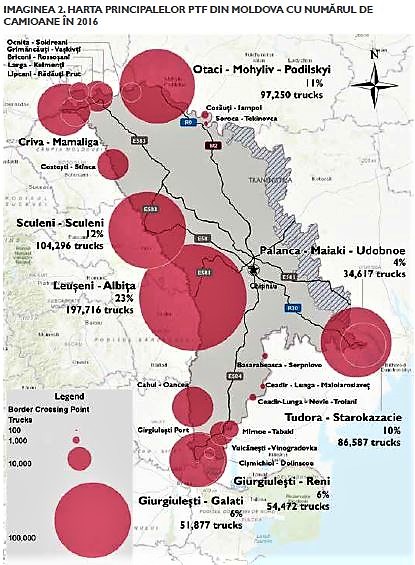 „The border between Moldova and Romania isn’t just a border between two states - it’s an external border of the European Union. EU external borders are different from the national borders of the member states: they represent an access gates towards a region of 28 countries with a total population of half a billion people, and Romania’s role is to oversee tightly that part of the border on behalf of the EU,” the project’s chief of party explained.

Douglas Muir gave the examples of several companies. In 2016, he said, the average waiting time to cross the Moldovan-Romanian border at six of the 23 crossing points included in the present assessment was 380.4 minutes, which is 16-fold longer compared with the waiting time of 23.8 minutes at other 23 checkpoints at the EU’s borders with other non-EU countries.

Even more! The Leușeni-Albița checkpoint has demonstrated the lowest trespassing management performance and the waiting time there may amount even to more than 1,000 minutes. Given that Moldova’s foreign trade flow goes mainly in the western direction, this is increasingly translating into an obvious and pressing problem.

Iurie Ceban, deputy head of the Moldovan Customs Service, has an explanation of this disastrous situation - he blames the Romanian side in part for the trouble, claiming that the neighbor state would not employ sufficient customs officers to handle the flow.

“We’ve done our best to streamline the border traffic,” the official argued.

Kristen Hartpence, logistics specialist at Nathan Associates, mentioned another important factor that counts in the performance of trade corridors - the costs, which too play a role in the waiting time.

“We have found that at certain periods, the waiting time accounts even for 90% of overall time for the shipment of goods,” Kristen Hartpence. Long queues at the customs checking facilities are also owed to the absence of a software that lets transporters check-in for inspection and follow the process in real time.

The Nathan Associates logistics specialist also talked about the limited access to cheap finances for Moldovan transporters, which in turn translates into high costs (up to 30%) and the consequent emigration of transportation companies from Moldova to Romania.

According to Dr. Paul Kent, Senior Vice Presiedent of Nathan Associates, reducing the waiting time and removing other constraints would both boost the Moldovan economy and tax collections. He has proposed a strategy to improve the logistics sector performance in Moldova, which is built on several conditions:

1.Improving the institutional efficiency of the logistics sector;

2.Enforcing adequate policies for this sector, including laws and regulations;

These seven conditions altogether cover 25 strategies and 71 measures, while the first condition is of critical necessity, because it addresses the needed transformations for the institutional capacity of Moldova in anticipating and responding the challenges and the opportunities in this given sector, the expert argued.

Funded by the USAID, the Moldova Structural Reforms Program was launched in September 2017 and will run through September 2021 to support the Moldovan Government in the integration of the country into the regional and international trade systems.