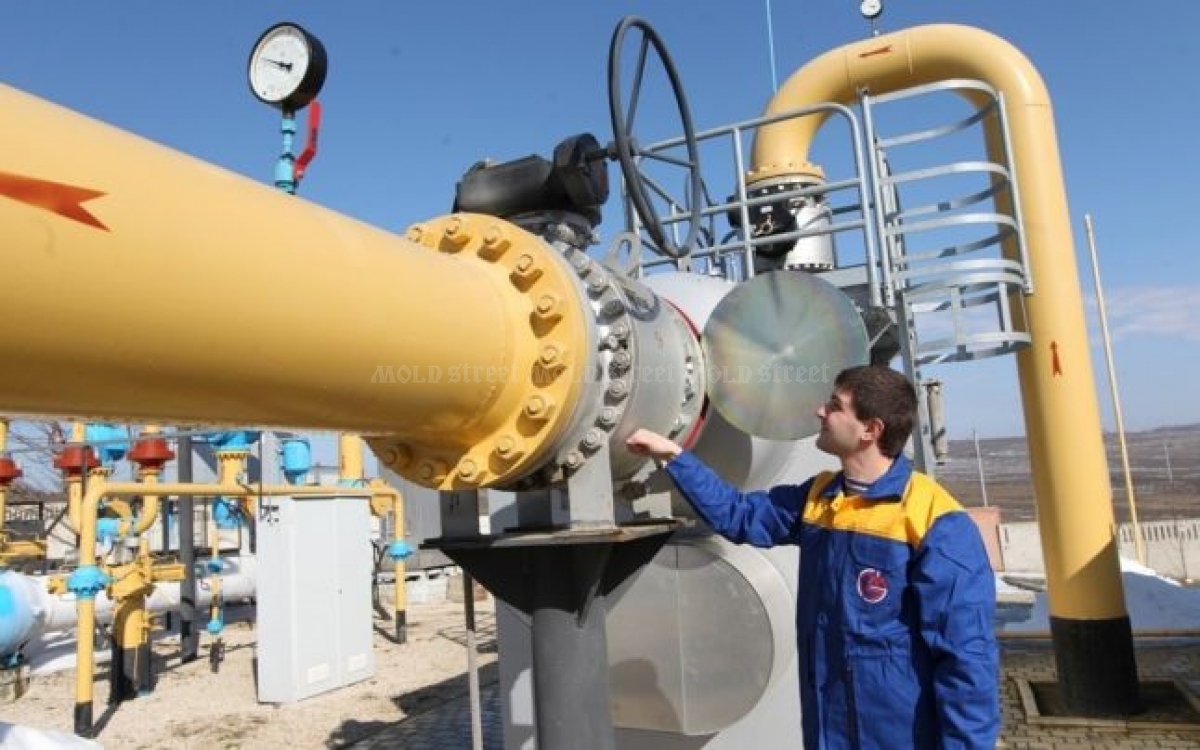 Moldovagaz is the natural gas monopolist in Moldova 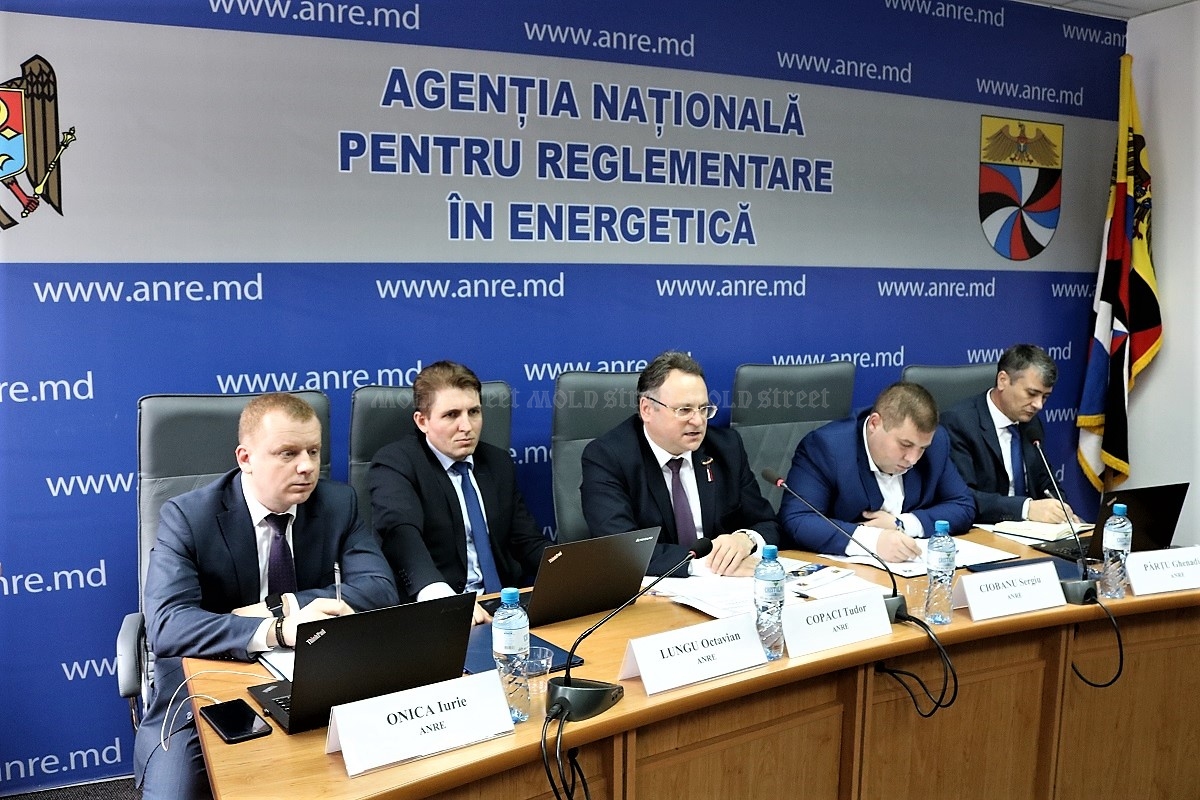 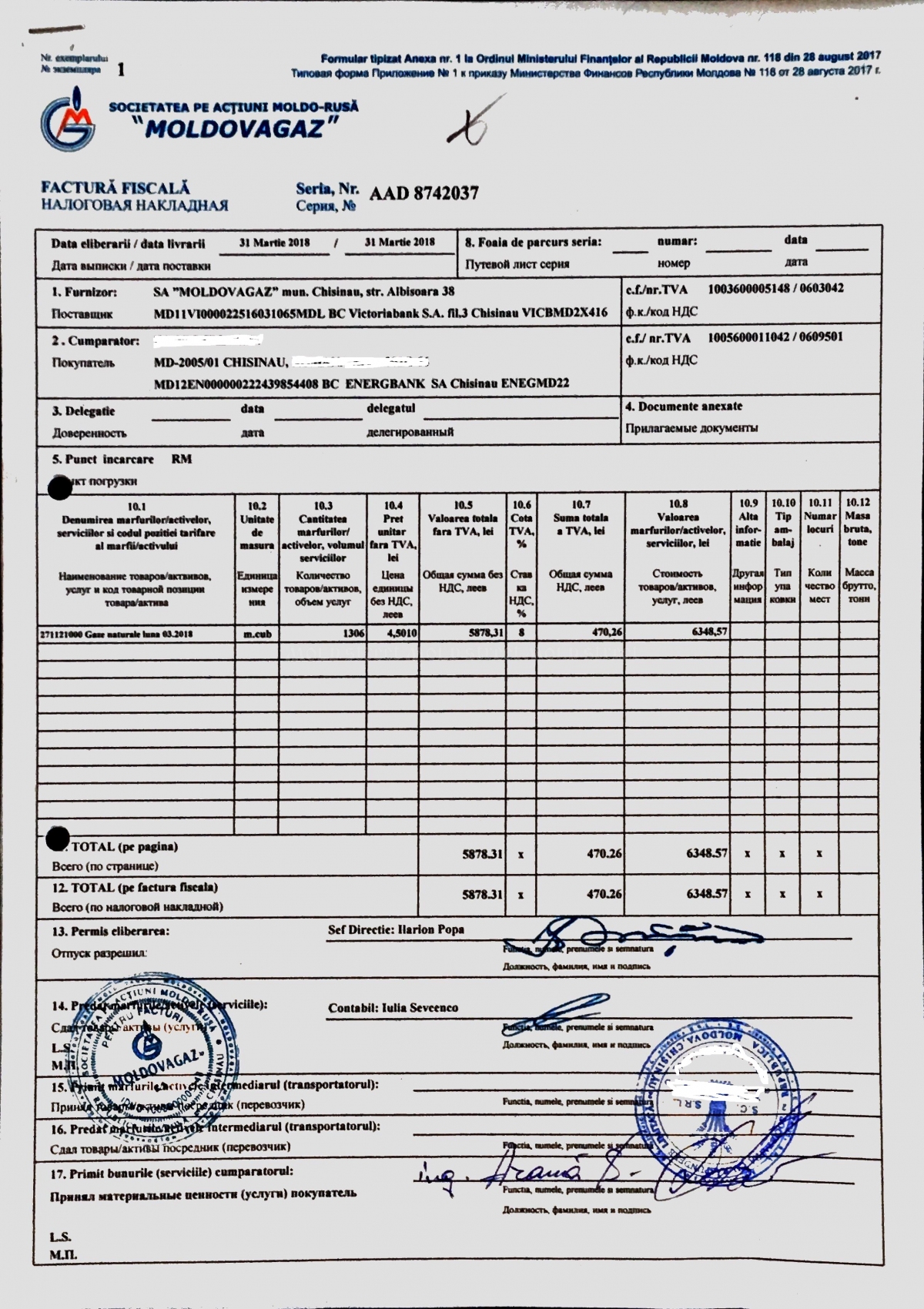 An invoice for a firm from Moldovagaz

BNS
Given that the National Energy Regulatory Agency (ANRE) ruled on March 16, 2018, to lower the natural gas tariffs by an average 20.3%, the domestic gas monopolist Moldovagaz and its subsidiaries were obliged to comply with that decision and re-count all invoices already paid by now.

This is what ANRE official say in public. “The invoices mailed to individual and corporate consumers during the first two months of the year have to be re-counted. Overall Moldovan consumers [without Transnistria] will be charged 1.5 billion lei less for natural gases than in 2017,” ANRE director Tudor Copaci announced after a public meeting of the agency board on March 16.

Moldovan Prime Minister Pavel Filip raised this issue at a cabinet meeting in late January 2018, saying that ANRE’s decision would be retroactive and that Moldovagaz would have to find a payback solution to comfort consumers who had paid more than new tariffs provided.

„The procedures in effect require that the price [for natural gases] is set out at the beginning of a calendar year and is valid for the rest of the year. It means from January 1. Given that the procedures take some time, I have asked Moldovagaz officials to keep in mind this possibility and to think of a solution. Either consumers get back their surplus money or get a rebate in the future invoices,” the premier stated.

Hundreds of millions at stake

In reality Moldovagaz has recalculated the invoices in the case of private households only, leaving unsettled dozens of thousands of businesses, organizations and public institutions that use natural gas for heating, including resident cooperatives operating small heating stations to warm apartments during the cold season.

The reason for discrimination is of pure financial nature: in the case of legal entities Moldovagaz would have to pay back hundreds of millions of lei.

Termoelectrica, for example, the national distributor of heating in Moldova, is the largest institutional consumer of natural gases. It operates two electro-thermal stations in the capital and consumes around one third of all gases Moldova imports. Should Moldovagaz extend the applicability of new tariffs onto Termoelectrica, the latter would save some 200 million lei.

Termoelectrica officials though are not expecting anything of this kind. “Our enterprise has received an invoice that reflects the new tariffs starting March 17, 2018, the date when ANRE’s decision was published in the official gazetter,” said Elena Junghina, a spokeswoman for Termoelectrica.

She said Termoelectrica management would not comment on whether Moldovagaz was perhaps obliged to enforce the new tariffs retroactively.

Tudor Iașcenco, director of a printing firm in Rezina and publisher of Cuvântul Newspaper, said he received an invoice for his home that reflected the new tariffs minus the difference overpaid in the first two months of this year.

The firm however didn’t get any compensation.

“I called the Rezina office of Orhei-Gaz [a subsidiary of Moldovagaz] and its officials turned down my request for a lower price for the last two months of last winter. Instead, they recommended me to refer all enquiries to the central office of Moldovagaz in Chisinau,” Mr. Iașcenco recalled.

Mold-Street.com asked a number of Moldovagaz district offices and the central office to explain how they enforced the decision and the answer was the same: the tariffs took effect on March 17 and no recalculation was applicable for legal entities.

“We didn’t see any text in the official gazette stating that the decision was applicable from January 1… What we know is that the gas tariff law [actually it’s a decision] entered into force on March 17, therefore we invoiced according to that date,” a spokesman for Moldovagaz said.

Asked then why the company complied with ANRE’s decision in the case of households, he said: "Moldovagaz has decided to apply that decision in relations with individuals only!"

On April 27, Moldovagaz deputy chairman Iacov Cazacu emphasized in a phone conversation with Mold-Street.com that ANRE’s decision didn’t specify a date of entry into force and asked more time for clarifications before stating his official position. He advised us to get back in touch on May 2 but never answered the phone ever since.

ANRE director-general Tudor Copaci insists that the decision is valid for the entire year and for all consumers, starting January 1, 2018. He avoided a straight answer whether the monopolist company was violating any rules by saying that Moldovagaz could revise the tariffs for legal entities some time later.

"It is not obliged to do so immediately, it can return to this issue during the course of year, given the fact that our laws aren’t strict about it. In addition to this, an immediate restitution for all could be harmful for business and for the cash flow at this enterprise," the ANRE head stated.

If Moldovagaz refuses to enforce the ANRE decision by the end of the year, only then would the agency act, he added.

Lack of independence at ANRE

An independent energy expert, on the other hand, blames ANRE for lack of independence. Victor Parlicov, a former head of ANRE in 2010-2014, believes that Moldovagaz’s insubordination is a “clear demonstration that the agency lack independence and blindly obeys orders from the prime minister.”

“This is an absolute madness. It happens because ANRE plays political games; this can’t end well. The idea to lower the tariffs and apply such a decision retroactively came from Premier Pavel Filip. The agency could tell him that was not possible and pass a fairer and clearer decision in order to avoid confusion and interpretation. Now ANRE will have to act in order to make things right,” the expert stated.

Mr. Parlicov reminded that ANRE was solely in charge with tariff policies and market supervision. If Moldovagaz refused to comply with its decision, then ANRE must give an interpretation or sanction the monopolist, he stressed.

ANRE’s decision was published in the official gazette (Monitorul Oficial) on March 17, 2018. The text does not say when the new tariffs were expected to enter into force, the wording being limited to: “… new tariffs and regulated prices for natural gases for year 2018.”

Past kickboxing between ANRE and Moldovagaz

This is not the first time Moldovagaz defies a decision passed by the regulator. In the period 2011-2013 the monopolist was at a genuine war with ANRE. Back in 2011 ANRE declined a request from Moldovagaz to include losses of 382 million lei in the price list for Moldovan consumers. This was the equivalent of around 64 million cubic meters of natural gas. ANRE also reported a number of serious deviations from existing regulations at Moldovagaz.

The war between ANRE and Moldovagaz was waged in courtrooms and government institutions. it culminated with the sacking of Victor Parlicov from the post of director-general in 2013 and a bomb attack on ANRE director Nicolae Răileanu, whose personal car was destroyed by the blast.

The case made headlines in the European Union and attracted the attention of EU politicians who called for a truce. The Energy Community then mediated a memorandum between Moldovagaz and ANRE.

Moldovagaz is the largest enterprise in Moldova and half of it is property of Russian gas giant Gazprom. The Moldovan government owns 35.3% and the Transnistrian secessionist republic controls 12.4% of shares; the rest are divided among small shareholders.