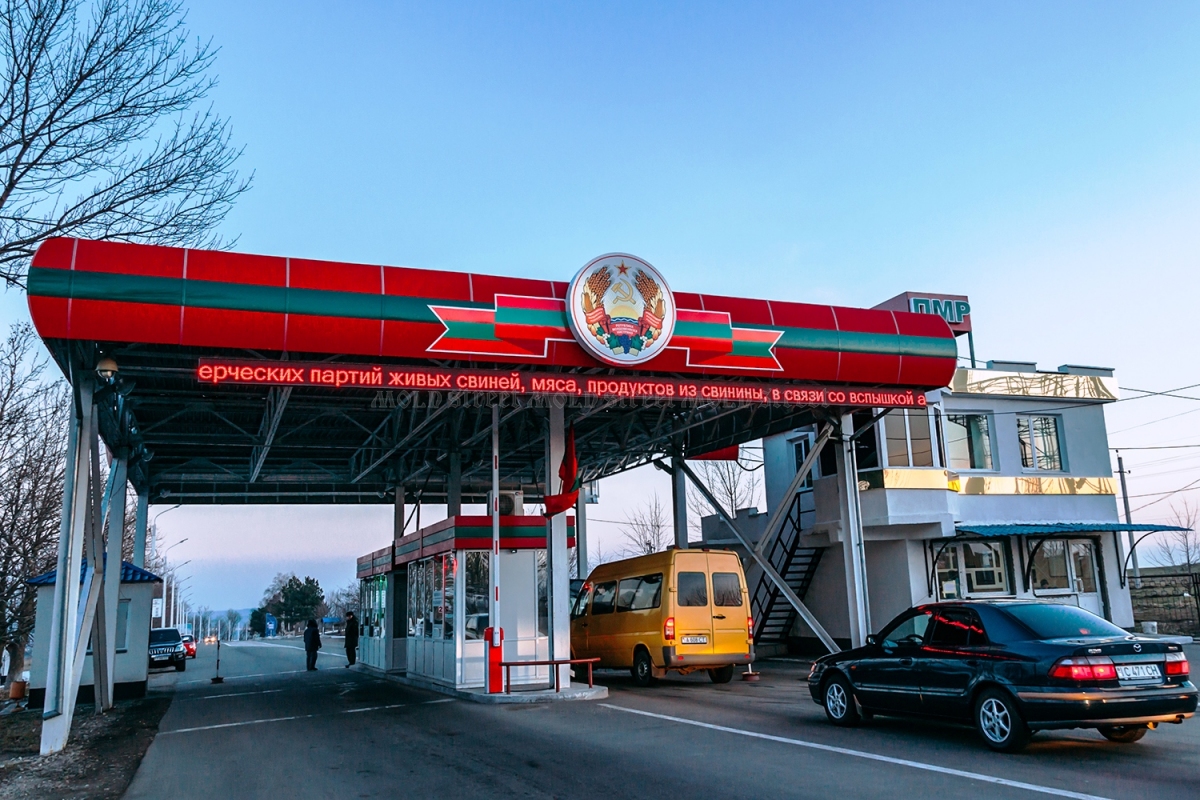 Transnistria had to alighn its customs code to EU requirements 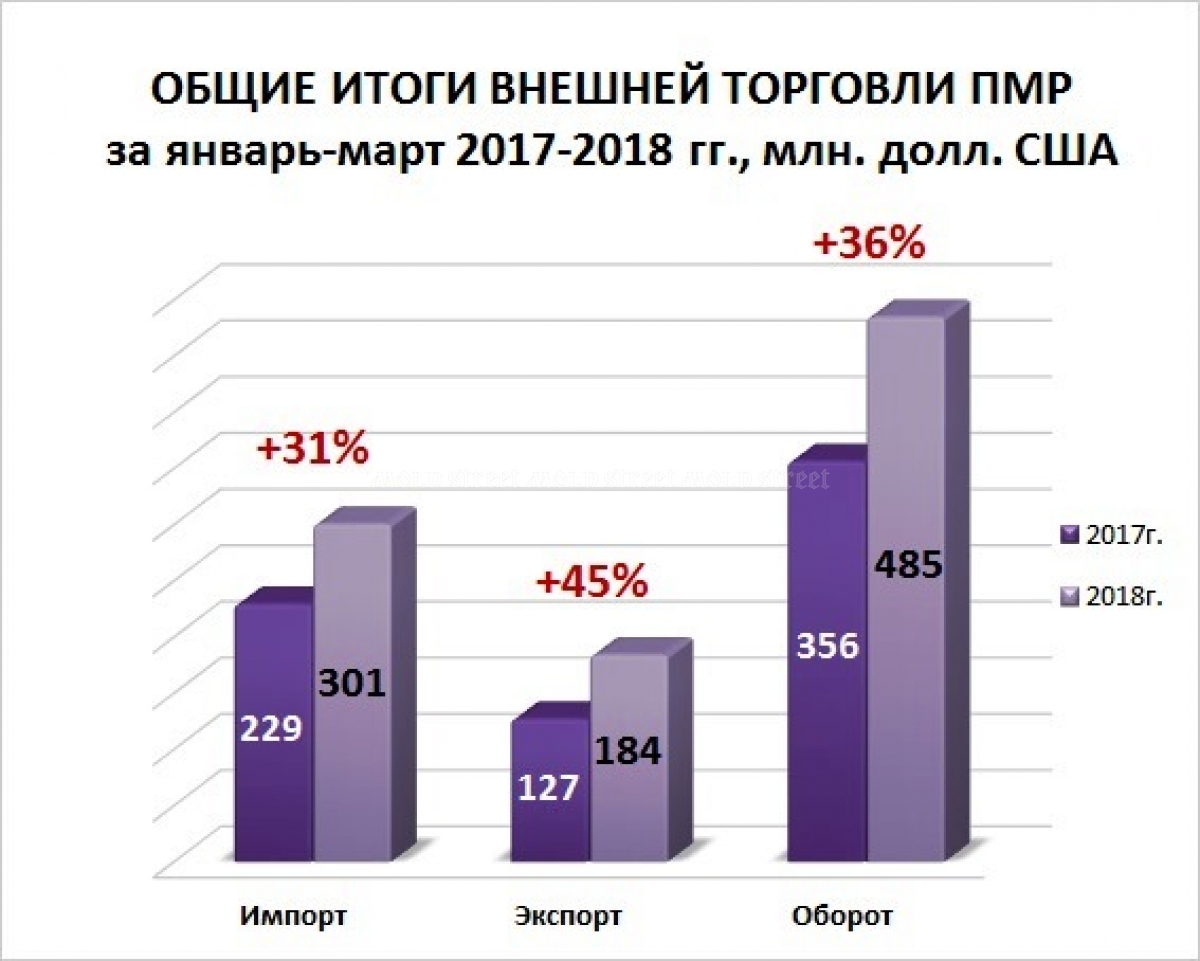 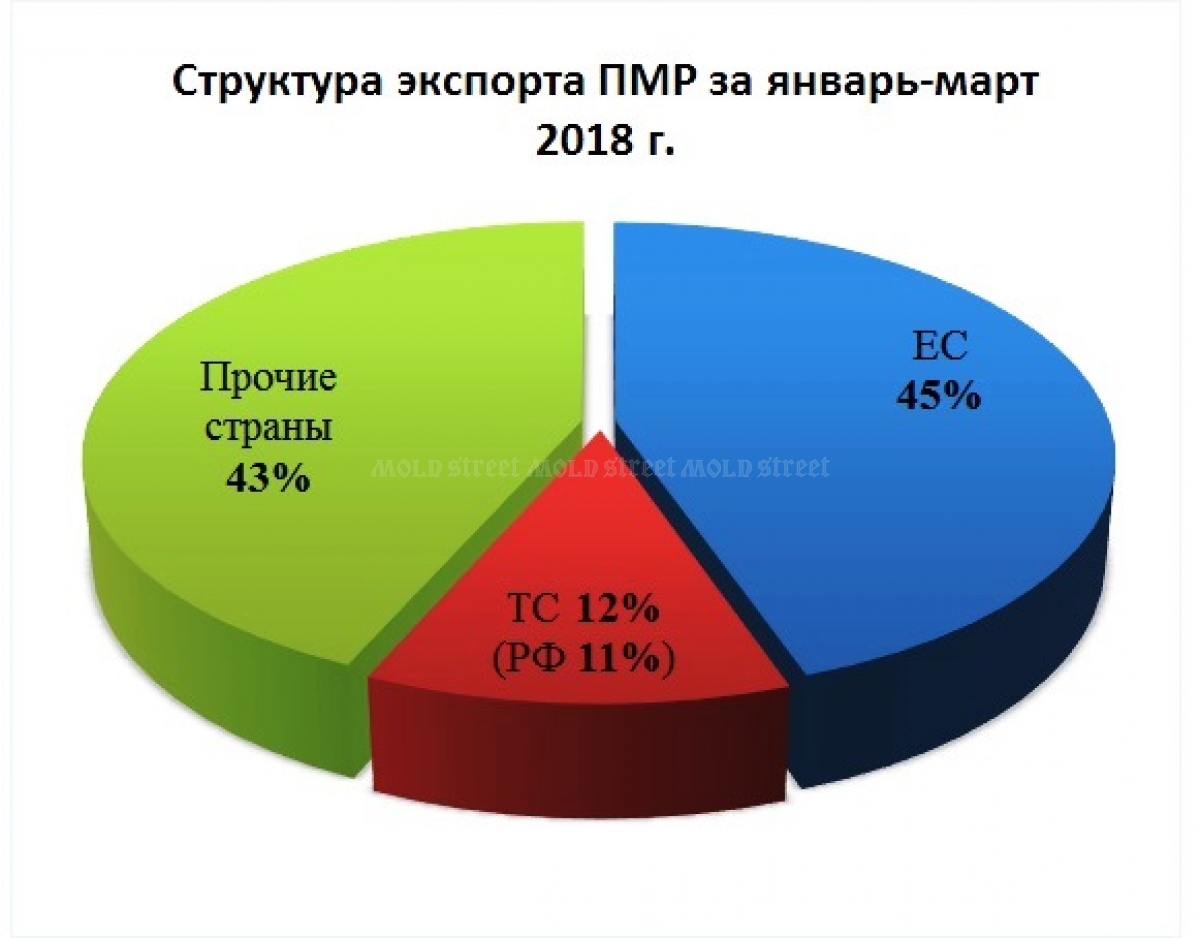 BNS
Transnistria’s exports in the first quarter of 2018 increased by 45% up to 184.2 million dollars, the secessionist republic’s statistical reports claim.

This spectacular advance is owed mainly to the 2.5 fold growth of exports to European Union countries, the region’s customs department said.

The share of absorption of Transnistrian exports by the EU hit 44.7% of the total in the first quarter of this year, compared to 29.4% during the same period of last year. This result is a consequence of the expansion of the DCFTA benefits for companies located in the eastern region.

Importantly, the official figures released by the breakaway enclave’s customs authority refute the affirmations of Transnistrian leaders and Russian media that the region had been under a heavy economic blockade between Moldova and Ukraine. To be able to export its goods, Transnistria-based businesses have to register with the relevant Moldovan authorities.

The leap originates from the 4 fold increase of exports of metals and steel commodities to a record high in the past decade – 84.5 million dollars or 45.8% of aggregate value. Almost two thirds of metal exports from the region headed to the EU.

At the same time, Transnistria’s exports to the Russian Federation accounted for only 11.4%, in spite of a 65% groth up to 21 million dollars. Overall, the region exported goods worth 22 million dollars to the Russia-controlled Customs Union during the period January-March of 2018 – even less than in Poland.

With Russia in words, and business with the EU

Breakaway president Vadim Krasnoselsky claims on various occasions that the enclave would perish without Russia. Transnistria has even tabled a package of investment opportunities for Russian companies in return for around 60 million dollars.

On the other hand Transnistrian statistical data show that the region is increasingly opening up for trade with the EU. The regional government has amended a number of laws to the sake of trade compatibility, such as removal of customs duties (which were replaced with excises) and adoption of a new customs code.

Sergey Melnichenko, an economic expert in Tiraspol (Transnistrian capital), says the new customs code is “largely compliant with the requirements which the European Union put forward for continuation of trade with Transnistria.”

Mr. Melnichenko said in an interview for the Free Europe Radio station in Chisinau: “It is obvious that in economic matters Transnistria is trying to diversify [its relationships] and it is interested in trade with all potential partners including the EU. For now we don’t have any critical observations in this regard.”

The main market for Transnistrian exports, during the first quarter of 2018, is right-bank Moldova, which absorbed 38 million dollar worth of goods; this is 28% less compared with the same period of 2017. The share of the rest of Moldova, to which Transnistria is officially part of, dropped 2 fold: from 42.5% in the first quarter of 2017 down to 21% in the same period of this year. The central bank in Tiraspol explains that the decline was connected to plummeting prices for electricity.

Ukraine is the second largest market for Transnistrian goods, accounting for 37.5 million dollars, or almost twice as much as in the previous year.

Imports into Transnistria meanwhile increased by 31% in the first quarter, up to 300.6 million dollars.

Energy resources accounted in continuation for the largest part of imports – mainly Russian natural gases – around 113 million dollars, or more than 37% of total. Metal imports were worth 53 million dollars, chiefly as a result of a 4 fold growth of shipments of metal scrap to the Ribnita metallurgic plant.

Russia remains Transnistria’s largest import partner thanks to natural gases, though its share reduced from 48% down to 41% in the given quarter.

Ukraine is the second largest source for imports, which increased 2.6 fold up to 69.1 million dollars. So-called “imports from Moldova” – to quote Transnistrian official reports – reduced by 7% down to 20.4 million dollars.

At the same time, the imports from EU countries increased by 22% up to 46.5 million dollars.

In the export structure a number of giant enterprises such as Ribnita mettalurgic plant, Cuciurgan power plant, Tirotex textile plant, and Ribnita cement plant make up the bulk of Transnistrian exporters. These are controlled by Russian businessmen, Transnistrian officials, or Sheriff Group.