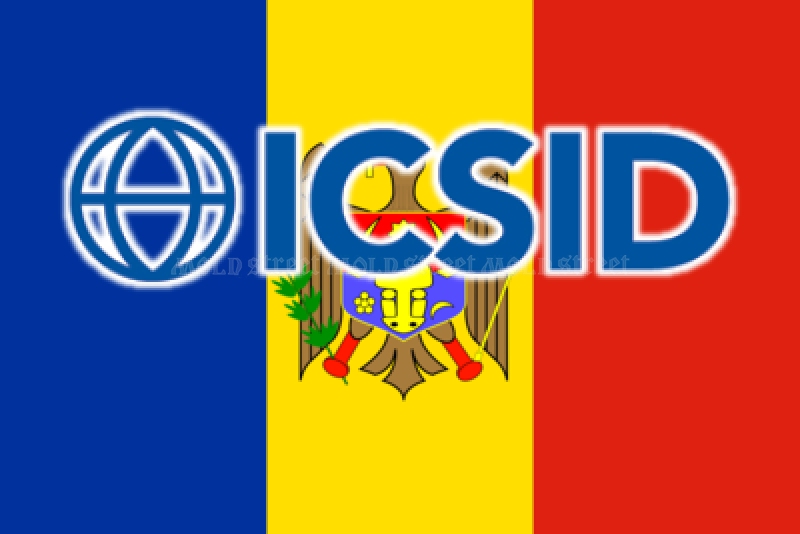 BNS
The Moldovan Government has decided to spend the equivalent of 127,000 euros in commission for KPMG Advisory SRL, which the Justice Ministry selected to prepare an economic-financial expertise paper for the legal suit which three foreign companies had filed against Moldova.

In spite of the fact that the litigation wasn’t news for the authorities, yet the money will be disbursed from the reserve fund, not from the state budget. The Justice Ministry signed a legal defense contract with KPMG Advisory SRL on November 6, 2017 – that is long before adoption of the national budget. The dispute against the Moldovan Government has been brought into courts by Mr. Zbigniew Piotr Grot, and his affiliated firms Grot Cimarron LLC, Laguardia USA LLC, and ICS Laguardia SRL.

A litigation of millions

The litigation with Mr. Grot and his firms absorbed earlier around 235,000 euros (4.8 million lei) and new invoices arrived at the Justice Ministry at the end of 2017. No resources foreseen in the budget for 2018.

Zbigniew Piotr Grot, Grot Cimarron LLC, Laguardia USA LLC, and ÎCS Laguardia SRL filed the legal suit against Moldova at the International Center for Settlement of Investment Disputes (ICSID), a World Bank arbitration branch, on March 21, 2016. It is not clear from the ICSID website what is the amount in damages which the American investor of Polish origins claimed from the ex-Soviet state. Sources close to the case say the issue was worth 10 million dollars.

The Justice Ministry, which acted on behalf of the Government, said: "During the review of the case [in the US arbitration center] our lawyers underlined the necessity to appoint a quantum expert who would write the conclusions regarding the assessment of the material damage which the plaintiff has asked.”

The Government was obliged already on November 13, 2017, to submit its own conclusions on assessment of damage. The Justice Ministry stressed in the expertise paper that the defense side needed an internationally-known company with experience in cases similar to Moldova’s.

“In international courts and arbitration institutions, the name of experts hired in the settlement of disputes is very important, and in some cases it is crucial. Therefore, for the sake of credibility, quality, and value of expertise that are required to defend the interests of the state, it is highly recommended to select a company with international fame,” the ministerial note reads.

American investor who got screwed in Moldova

What the Justice Ministry does not say is how the American investor was literally screwed in Moldova, by business racketeers in tandem with local public authorities in Floresti District, and judges.

In year 2019 ÎCS Laguardia SRL, a limited liability controlled by Zbigniew Piotr Grot, leased agricultural fields from owners in the communes Vărvăreuca, Roșietici and Coșernița – all in Floresti District. In February 2011 a representative of Laguardia SRL asked the mayors from these villages to register the lease contracts so that the investor could start working the land.

However, in March 2011 the owners notified the mayors and the firm of their intention to terminate the contracts.

The local authorities of Coșernița and Vărvăreuca acted to terminate the contracts between local owners and Laguardia SRL. During the same period the mayors registered new lease contracts for the same fields with the same owners. The new lessee was a domestic company called Bio-Alianta SRL.

Laguardia SRL says the decision of the local public authorities to award the contracts to Bio-Alianta SRL deprived the American investors of the rights provided in the initial contracts and inflicted a significant damage to the company.

The investor had sought justice in Moldovan courts and even filed a complaint with the Higher Council of Magistrates. When Mr. Grot used up all legal ways to obtain rightful treatment from the Moldovan judiciary system, he turned to the CSID.

The Moldovan authorities meanwhile kicked off a number of legal procedures against the American investor. One of these is the decision of the Court of Appeals to file for bankruptcy of Laguardia, at the request of the Customs Service and a domestic creditor, with the purpose to dissolve the firm in Moldova in a simplified way.

The authorities say the procedure intended to shut down the firm in a rapid procedure had nothing to do with the pressure related to the dispute in the international institution.

Although apparently the case has a minor importance in the domestic business landscape, it already produces negative effects for Moldova. The Government, instead of seeking an amiable settlement, poured oil into fire by trying to shrink from its obligations at the ICSID. The Justice Ministry, which represents Moldova in this litigation, has refused to cover the mandatory pre-trial costs – in clear violation of its obligations as part of the ICSID Convention that Moldova is part of. The fees by the way are not high and therefore may not be considered a plausible reason for rejection.

By analogy, only Venezuela and Argentina had used similar tricks in the past.

Gleason Wells lawyers who represent the US investor claim that Moldova was “trying this way to block the arbitration process by letting the costs grow and forcing our client to pay as much as possible.” According to the rules, arbitration procedures may not continue unless all ICSID fees and arbiters’ fees are paid off.

"The Government’s behavior in this arbitration case, especially the violation of the ICSID convention by refusing to honor the fees… is: 1) harming the interests of the country in general; 2) harming the country’s efforts to create a healthy and sustainable economy; 3) harming the country’s efforts to attract foreign investments; and 4) unprofessional. The Government’s conduct isn’t only a violation of an international treaty about cost-sharing but also a disregard for the fundamental principles of international arbitration in terms of investments," Coren Hinkle of Gleason Wells PC told Mold-Street.com.

The Moldovan Justice Ministry has explain its abstention from paying the ICSID fees by pointing out to “a complex procedure for cash allocation and time constraints established by the ICSID Convention." It did not answer however how it was able to find more cash for lawyers.

Taking into account the fact that the US investor was drained out of money and assets in Moldova, this tactic may work and the shortage of money could force Mr. Grot to drop the case.

US suspects Moldova of violation of international treaties

The US Department of State has paid attention to this case and its representatives have had a number of meetings with Moldovan diplomats.

"Analyzing the latest development, in particular the stance of Moldova and the failures of its Justice Ministry to take action, the American side suspects Moldova of violating multilateral and regionl treaties on investments, where the United States is part of,"  the Moldovan Foreign Ministry said in a memo.

The Department of State last year announced its intention to let its officials seek the documents and minutes of the arbitration process and get in touch with Gleason Wells lawyers.

An audition that is part of this process was held in December 2017 in Vienna, Austria, with the participation of the lawyers from both sides, as well as experts and witnesses from Moldova.

The World Bank founded the ICSID for the settlement of disputes between governments and foreign investors in matters of investment. It is a place where foreign investors go to seek compensations for violation of their rights got by the government of a host country that is part of a bilateral or multilateral treaty on protection of foreign investments.

To ask for ICSID services, plaintiffs must have a solid case and hundreds of thousands of dollars for lawyers.

Moldova signed the ICSID Convention in 1992 and ratified it only in May 2011; a month late the treaty took effect in the ex-Soviet state.