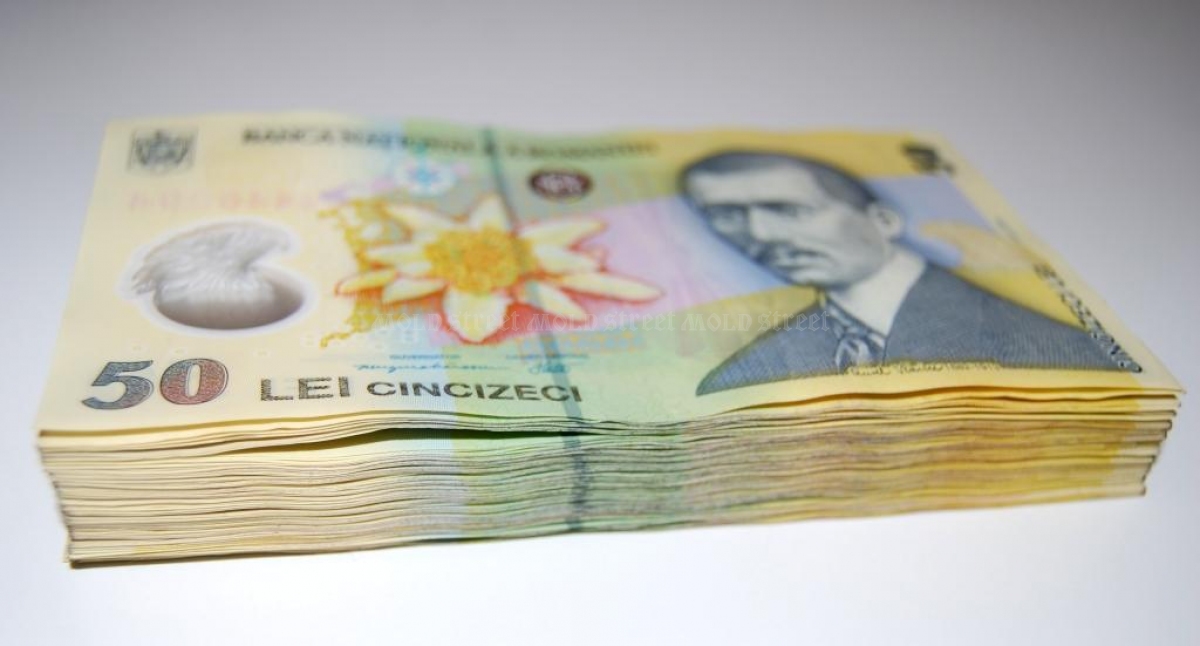 Although critical of Romania all the time, Moldovan officials don't mind earning money from Romania

BNS
They hold high ranks, run prospering businesses, receive large wages, and own expensive cars and homes which they have earned throughout their careers in the public sector, and yet they receive allowance and other financial benefits from other countries, especially Romania or Russia.

This story is about state secretaries, heads of national agencies, managers of state-owned enterprises, and even lawmakers.

Mold-street.com has screened a part of the property declarations submitted by members of parliament, ministers, state secretaries, directors of national agencies, and managers of the largest state-run companies, and we found that many of them get paid from other countries, such as pension benefits, child allowances, profit dividends, or purchased estates abroad.

Radu Bezniuc, director of the Moldovan Civilian Aeronautical Authority, has declared more than 824,000 lei in salary earnings in 2017, his tax report papers suggest. His wife, who serves in the public sector, too, as a legal advisor to the head of the Moldovan National Bank, raised almost 600,000 lei the same year. The Bezniucs earn more than 118,000 lei a month (5,900 euros). They also sold a Toyota Corolla sedan for just 7,200 lei (!) and she receive almost 600 euros for her role in facilitating an energy efficiency financing project in the residential sector. The Bezniucs also own an intra-city land plot, an 82-square-meter apartment, an individual home of 113 square meters, and a Toyota Auris hatchback, which they acquired in 2017 for 14,500 euros. In bank accounts they keep 252,000 lei and 700 euros. In spite of being among the best-paid public entity managers in Moldova, Mr. Bezniuc received in 2017 a monthly allowance of 168 Romanian lei for child care. In Romania he also founded two firms, which he declared non-working.

Dan Mitriuc, head of the national telecom corporation Moldtelecom, raised a child care allowance from Romania amounting to 2,400 Romanian lei. In 2017 Mr. Mitriuc earned a total of 461,000 lei in wages and his wife contributed another 130,000 lei to the family budget. The head of Moldtelecom also counts in peoperty an intra-city land plot, two apartments of 72 and 119 square meters respectively, a house of 116 square meters (worth 3.4 million lei). He also uses three cars – a BMW and two Toyotas.

The Romanian state also paid 2,016 Romanian lei in child care allowance to Anastasia Oceretnîi, state secretary at the Ministry of Health, Labor, and Social Protection in Chisinau. She also received 25,821 Moldovan lei from the Moldovan Social Insurance Company. Her husband and she earned more than 345,800 lei from various activities in 2017. Anastasia Oceretnîi also owns an intra-city land plot and a Kia motor car. She declared no private homes to own.

Ion Haralampov, director of Moldsilva Forestry Agency, and her husband earned together more than 381,000 lei in 2017. Additionally, he raised in benefits from the Moldovan Fiscal Service some 6,400 lei and 2,016 Romanian lei from the Romanian state. Mr. Haralampov also owns a Mitsubishi sedan, four fields, and two commercial/production halls of 44 and 456 square meters, respectively, which he obtained via donation. The Haralampovs live in an apartment of their own that covers 101 square meters.

Roman Cazan, deputy secretary-general of the Government, received 3,054 Romanian lei in allowances for three children. The Cazans earned in 2017 more than 2 million lei including his wife’s earning as a notary officer, and his salaries in the managing boards of several state-owned enterprises. The sources of his earnings also include a financial award from the Public Property Agency after winning a property litigation with the state, parental care allowance for two children, child birth allowance for two children, social support indemnity, rental of peoperty, and private donations. The official also owns a motor car, two fields, one commercial hall, a 95-square-meter villa, and two apartments of 46 and, respectively, 98 square meters.

Democratic lawmaker Dumitru Diacov, too, received pension benefits from another country. Along with a total 440,000 lei in wage from his parliamentary activity, a pension, and rental of a building for the Democratic Party, Mr. Diacov received 150,000 roubles in pension benefits from Russia (equivalent of 42,000 Moldovan lei). The lawmaker also owns a field, an apartment, and a house, the real estates being either inherited by or donated to Mr.

On the other hand, Alexandr Comarov, a socialist member of the Chisinau Municipal Council, received 75,600 Ukrainian hrivnas (48,000 lei) a year in 2016 and 2017, in the form of pension benefits.

Shareholder at a Russian giant

Ruslan Malai, director of the Public Acquisitions Agency, is an associate and co-founder in 11 firms abroad. Ten of these he registered in the United States, all for sales of pharmaceuticals. The last one is Mechel PJSC, a giant metallurgical plant founded in 2003, and Mr. Malai controls 452 shares in it. Mechel in turn controls 11 enterprises across the Russian Federation, in Lithuania, Ukraine, and Romania, often via offshore companies.

This is the only mining & steel company in Central and Eastern Europe that trades shares at the New York Stock Exchange. Ruslan Malai has not revealed any dividends which the firms where he holds shares might had paid. He also owns a motor car, three apartments, and a garage.

Ion Voluța, director of Tutun-CTC, Moldova’s largest tobacco and cigarette-manufacturer, is one of the best paid administrators in a state company; his annual wage benefit amounts to 617,000 lei. The manager also develops private businesses in Moldova and in Romania. He is associate and administrator of Astral Construct SRL in Moldova and Conlucart DP Impex SRL in Romania, both firms being specialized in road building. Mr. Voluța owns half of the Romanian firm, which counts a statutory capital of 10,000 Romanian lei. Ion Voluța also owns a construction field, a house, an apartment, one garage, and three motor cars. In 2018 he borrowed 30,000 euros and the debt is due to mature in 2025.

Moldovan lawmakers are not prone to doing business as well. Democrat Marcel Răducan for example is a shareholder in Aviromprod Romania SA, which he ran in the period 2001-2005. This company was a wholesaler of agri-food and strong drinks and is currently out of business. Mr. Răducan also controls 907 shares in Moldova’s largest sweets-maker Bucuria, 200 shares in the chicken plant Avicola Vadul lui Vodă SA and 100% of the 5-million-leu worth of Moldprodinvest SRL.

The investigative portal RISE Moldova said earlier that Mr. Răducan had used Moldprodinvest SRL in a number of real estate transactions and in the takeover of more than 70% of the cereals collector Rediul-Mare. Moldprodinvest SRL in turn controls the Budapest Trade Center in the capital and a flower market in front of this center. Mr. Răducan owns five agrifields which are being leased and lives in a 412-square-meter mansion he rents probably from himself. In 2017 he received donations totaling 6,700 euros from his son Gicu Răducan.

Another Democratic lawmaker, Nicolai Dudoglo, is, too, involved in a foreign business. He controls 10% of Drongo KTF, a Budapest-based wood trade company (worth 65,000 euros). His wife founded an individual enterprise called Tatiana Dudoglo. The Hungarian firm is managed by Pavel Dudoglo, his brother who lives in Hungary. By accident or purposely, Nicolai Dudoglo mispelled the name of his firm in Hungary in the 2017 property declaration. He has posted no dividends from Hungary. The Democrat owns three motor vehicles, two apartments, two homes, an indoor and seven fields.

A third Democrat, Vladimir Andronachi has declared a foreign firm in his possession. His wife Nadejda Andronachi is the sole founder of WB Addict SRL, a trading firm in Romania. In Moldova the lawmaker also has shares in Agrotehnica SA and his wife is the founder of two more firms - WB District SRL and Expert-Comerț SRL. The latter owns Victoria Leasing SRL, whose statutory capital amounts to 7.6 million lei. Mr. Andronachi also owns two motor vehicles, one field, two apartments of 71 and 218 square meters, respectively. Two also owns two commercial indoors which earned him more than 2.7 million from rents in 2017.

Ion Apostol, a Liberal, also owns a firm abroad. Aside from Optimal-Impex SRL, a domestic trading firm, the lawmaker and his business partner Mihail Grinșpun co-own Grinap SRL, a fuel trader. It was founded in 2012 in Vsevolozhsk, a town in the Leningrad Region of Russia. It is managed by Alexandr Nerike. Official reports show that the lawmaker had received no dividents from that company in 2017. Ion Apostol also declared a field, an apartment, and a motor vehicle.

The state secretary at the Ministry of Economy and Infrastructure, Vitalie Iurcu, and his wife Angela Iurcu are business partners in three firms outside Moldova. In Hellis & Partners Imobiliare SRL (Romania), which she co-founded with Alexandru Vîlcu, Mrs. Iurcu owns half of the 10,000-leu real estate agency. Another Romanian firm where Angela Iurcu is an associate is called Zablaului Residence SRL, which is a construction firm for residential and non-residential properties. In 2012, before filing for the registration of his first firm in Romania, the state secretary paid 152,000 Romanian lei for an an agricultural field of 2.3 hectares. Vitalie Iurcu is also a 45% associated owned in Helencom OOO in Russia, which deals with the trade of wood materials for construction and fittings. Although all his firms have been active, he has not posted any dividends for 2017.

Democratic lawmaker Petru Știrbate owns several estates, including two apartments in Romania. In Moldova he drives three motor vehicles of his own, a boat, five fields, a 173-square-meter home, and three apartments measuring 27, 49, and 62 square meters. The last two apartments are located in Romania and were valued at 49,000 and 60,000 Romanian lei, respectively. The smaller one was acquired in 2017.

The head of the Competition Council, Viorica Cărare, too has some properties in Romania. As the spouse of a Romanian university lecturer from Sibiu, she shares ownership of a 85-square-meter home in Romania. A part of the family money is deposited in Romanian banks. In 2017, the official sold two fields and a home in the town of Durlești, near Chisinau, for 1.2 million lei, but then acquired a mantion of 295 square meters for 2.1 million lei. Also in 2017, her husband purchased a new Toyota car for 130,000 Romanian lei. Last year, Mrs Cărare borrowed 320,000 Moldovan lei and 112,000 Romanian lei.

How law cracks down on functionaries who provide untrue reports

In officials or public service functionaries breach the rules for declaration of properties and personal interests, they are liable to a number of administrative and civil code sanctions:

• A fine between 1,500 and 3,000 Moldovan lei (150 euros) for late submission of the declaration of properties and personal interests under the current laws;

• A fine between 3,000 and 4,500 lei for the failure to submit the declaration from another family member.

This screening above reflects the official information which the above-named persons had submitted to the relevant authorities under their legal obligation to do so, and their reports might be incomplete.

The real revenues and financial benefits of Moldovan public dignitaries as well as other public service functionaries are probably hidden deep inside the confidential reports of offshore jurisdictions or run by interposed legal representatives.