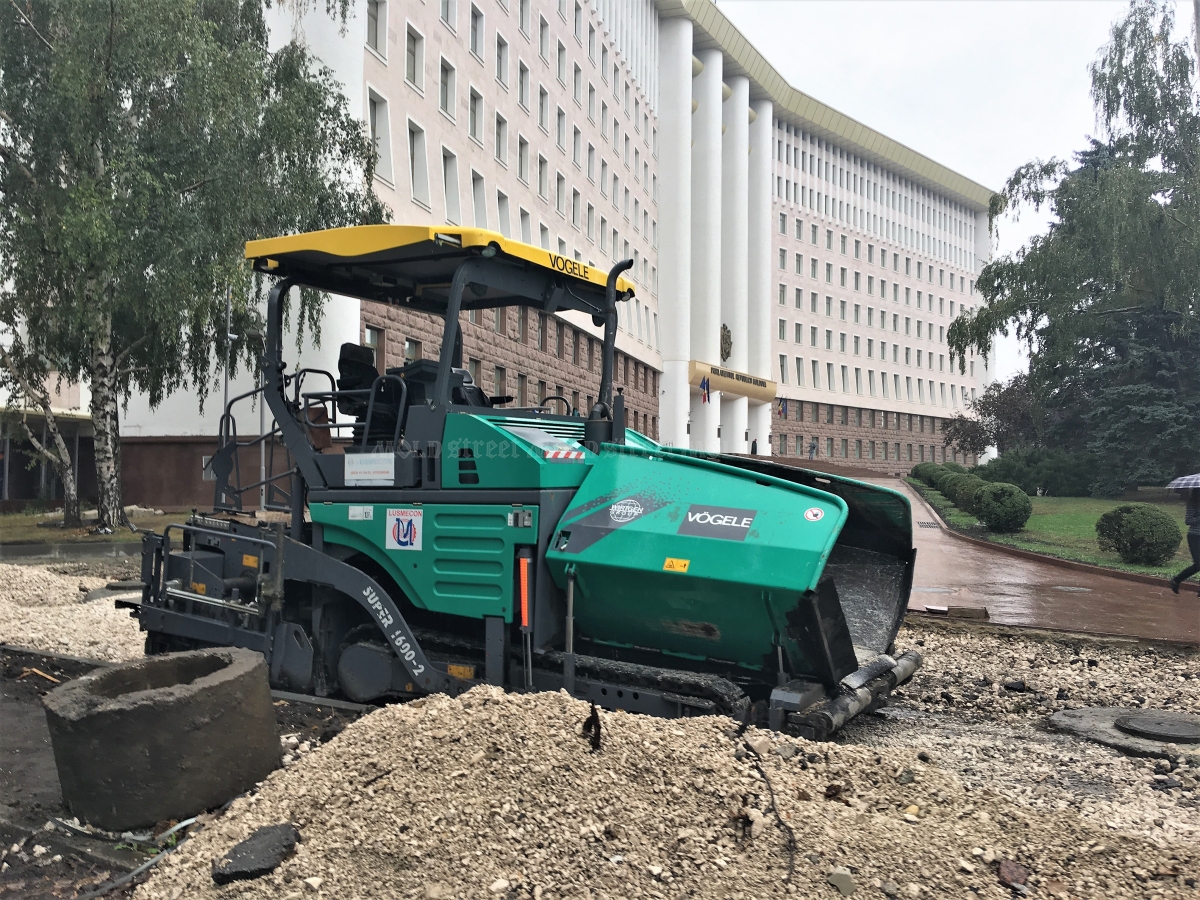 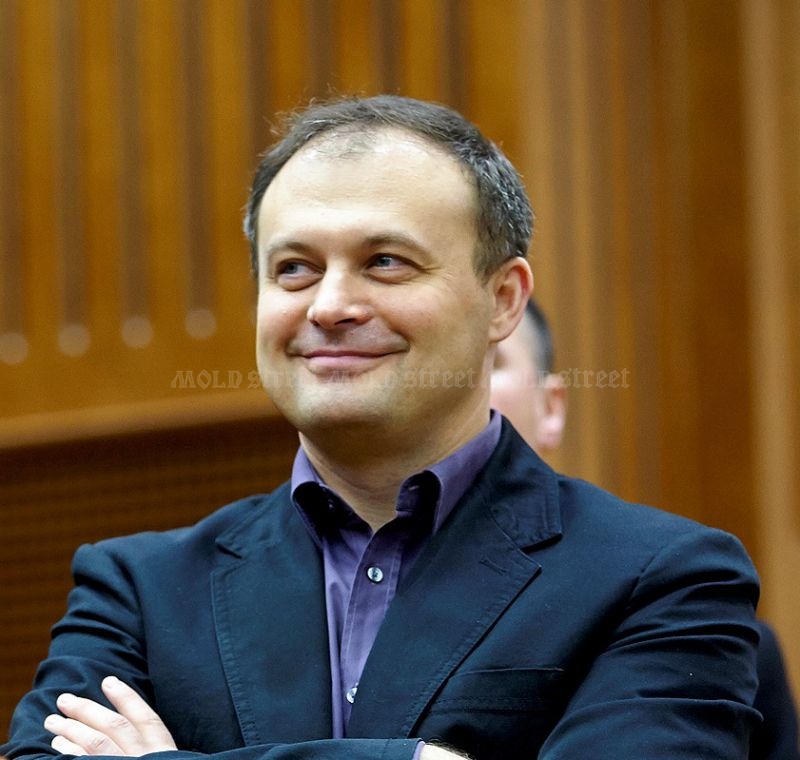 BNS
At a session on April 4, 2018, the Government disapproved of a draft amendment from Parliament Speaker Andrian Candu, who sought to enforce a zero VAT liability for the importation of goods, hardware, tools, and services at the renovation of the Parliament building.


This is translation from Romanian. The original story is HERE.
Devastated during the April 7, 2009, mass protests, the repairs and refurnishing of the legislature headquarters has cost Moldovan taxpayers so far around half a billion lei. Nonetheless, renovation is yet far from complete and the authorities keep spending public money to make sure that the elected representatives benefit from due luxury and enhanced personal safety. Sometimes the budget bleeds badly and truly important projects never get to materialize.
Working under privileged conditions
One of the initiatives Mr. Candu pushes for is likely to drain the budget of a sizeable sum, if Paragraph 13(5) from the Fiscal Code Article 4 undergoes the proposed change.
The legislature’s speaker seeks to give the following wording to the given paragraph: The goods, equipment, furniture, and services designed for the renovation of the Parliament building in 2018 shall be delivered in Moldova under the condition of zero VAT; the imports shall be carried out under full exemption from VAT.
Mr. Candu also proposes to amend a number of paragraphs in Article 28 of the Customs Tariff Law – meaning that the customs duties for the goods and services for the renovation would be scrapped, too. He argued that “the existing legal norms are out of date” and that “the lawmakers need to return to the normal working conditions.”
A week later, the Finance Ministry responded with a note of partial support for Mr. Candu’s initiatives. The note, undersigned by the prime minister and some cabinet members, says the Government was lending its support for these amendments “only in the part related to exemption from VAT, customs duty and customs clearing regarding the importation of goods, hardware, tools, and furniture for the Parliament building’s renovation, as well as for the anticipated payment up to 50% from the annual limit…”
Zero VAT contradicts the Association Agreement with the EU
On the other hand, the executive turned down the initiative to apply the zero VAT for the shipping of goods, hardware, tools, and services to Moldova, for the renovation of the Parliament building.
Finance Minister Octavian Armașu argued that re-writing this fiscal norm would contradict the EU’s Directive #2006.
He referred to Directive # 2006/112/CE from 28.11.2006 regarding the common VAT system, which strictly excludes the zero VAT and imposed all member and associated states to make sure that their laws complied with the Directive. Moldova, too, has committed itself to abide by this Directive, among other obligations.
The note from the Finance Ministry also reads that the EU Directive restrict in an express mode the enforcement of VAT exemptions as a form of expenditure deduction and that the exemption from VAT for goods and services for certain public institutions are not regulated in domestic laws.
Contractor with financial problems
Readers should mind that at the end of 2017, after rectification of the budget law, the Government proposed – and the Parliament accepted – to spend 87.9 million lei for the renovation of the legislature headquarters, in addition to earlier financial endowment for the same purpose. The most expensive contracts worth a total of 130 million lei were awarded in the past two years to Glorinal-Imobil SRL, owned by Natalia Chirica.
Interestingly, Glorinal-Imobil SRL is no longer certified as a company allowed to carry our construction of buildings or construction engineering, or network and utility installation, or reconstruction, consolidation, renovation. According to data from the Public Services Agency, the authorities had withdrawn these activities from the company and its assets are under sequester.
Glorinal-Imobil SRL and its parent firm Glorinal SRL owe to Moldova-Agroindbank alone more than 42 million lei.
Non-functional hardware and systems
What is worse, some hardware and systems integrated in the Parliament building – worth dozens of millions of lei – simply don’t work. Take for example the electronic voting and registration system, which was installed in the session hall in 2013. Five years later it still remains a piece of decoration in the hall. An investigation carried out by the Investigative Journalism Center revealed that after having spent almost 13 million lei to get the equipment fixed, the authorities were looking in 2016 another 45,000 euros for a software ensuring the functioning of equipment.
Customs facilities as a source of billions in missed revenues
Speaking of fiscal facilities, an interesting fact is that both independent experts and Auditors Court officials have bitterly criticized such practices, warning that VAT exemptions, customs duty exemptions, and zero VAT enforcement are missed opportunities to earn billions of lei for the public coffers. A report issued by the Auditors Court slaps both the Government and Parliament for their generosity in granting numerous exemptions from taxes, excises and duties during 2011-2015, counting the prejudice at some 57 billion lei.
The largest part of facilities was granted per VAT for the importation of goods, and in 2015 the sum of exemptions amounted to 11 billion lei, which is 20% more than in 2014, the report reads among others.
Auditors asked the authorities to assess the efficiency of exemptions on a regular basis, setting up the performance indicators and efficiency tracking for beneficiaries, similarly to the regime of loans and credits, while requiring beneficiaries to report their results.
* * *
Acest articol a fost publicat cu susținerea fundației Național Endowment for Democracy în cadrul proiectului ”Promovarea responsabilității guvernării” și poate fi preluat pentru distribuire, publicare și citare fără careva limitări. Referința la sursă este obligatorie.
This article has been published thanks to the support of the National Endowment for Democracy as part of the Promoting Government Accountability Project and may be shared, republished or quoted without limitations. Reference to the source is mandatory.