Engines Yet in a Shopping List, but Railway Company Won’t Be Able to Pay Off 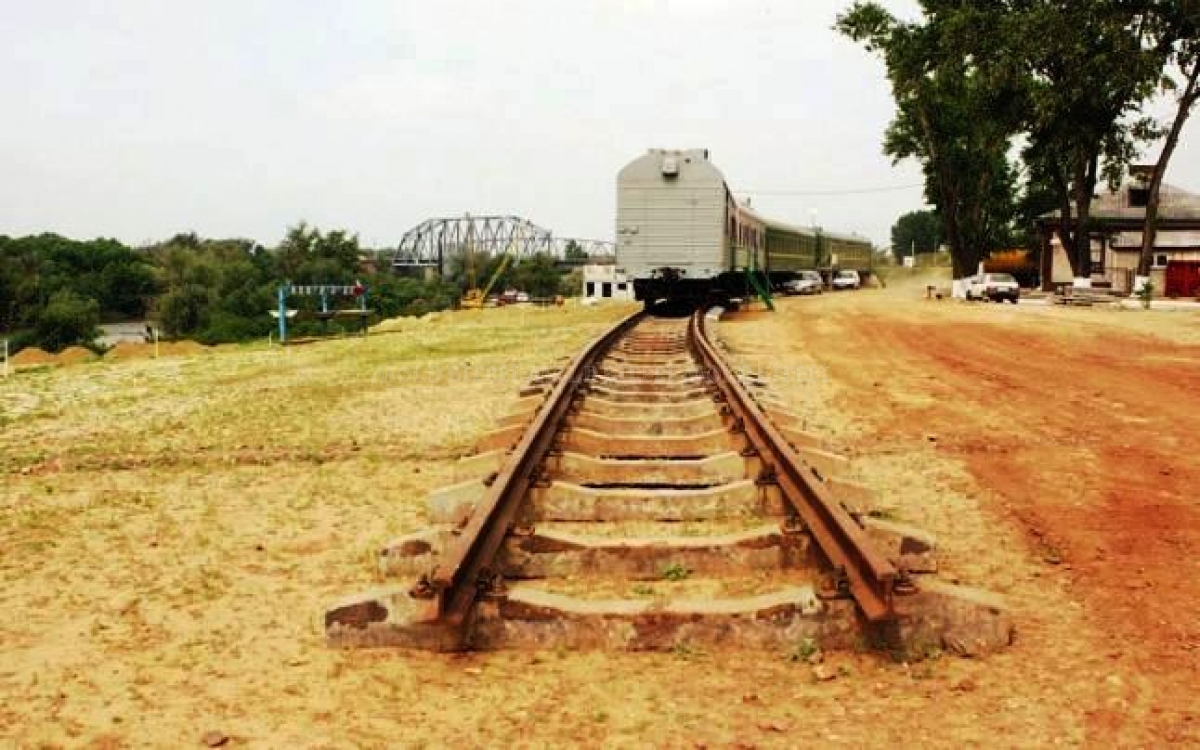 BNS
In spite of triumphal reports, the biggest project to recondition Căile Ferate din Moldova (Moldovan Railways - CFM) is stepping on the spot. This state-owned railway corporation has been too slow in selecting a supplier of new engines and is unable to use a loan of 100 million euros for its recovery.

The Auditors Court has found that CFM had paid around 560,000 euros (almost 11 million lei) in commissions for delayed expenditure of a loan from the European Bank for Reconstruction and Development (EBRD) and from the European Investment Bank (EIB) for the modernization of the Moldovan railway infrastructure.

Who blocked the loan agreement for two years

The loan was awarded for the acquisition of railway engines and the bureaucracy around the loan agreement started more than one year ago – and yet has not completed.

The Moldovan Government and the EBRD signed the loan agreement on November 14, 2014 – or more than three years and six months ago. The Parliament ratified the agreement in 2015 and the national railway corporation was expected to receive the money for its needs, after signature of a direct agreement between CFM and the EBRD. This signature procedure has been delayed for two years.

CFM general director Iurie Topală has an explanation. "Calea Ferată a Moldovei did all it could to sign the agreement with the EBRD. The Finance Ministry blocked the signature procedure for almost two years, "he stated. His finger-pointing is not new; he said the same thing in summer 2017.

The Finance Ministry denies any wrongdoing. “In compliance with the loan agreement, CFM is the legal entity that is obliged to implement the engine acquisition and infrastructure modernization. It was CFM’s competence to organize the necessary tenders for goods and services that are stipulated under this project as provided by the EBRD’s purchase policies,” the authority said in a formal letter for Mold-Street.com.

It also said, “in compliance with the project documents, the financial resources from the EBRD account may not be transferred into the Finance Ministry’s account – rather, the money shall be transferred to supplies directly as provided in the acquisition contracts which the EBRD signs and approves.”

A reason to cancel a tender: exaggerate requirements

At the beginning of March 2017, CFM’s director announced that five companies – from the US, Kazakhstan (US investment), China, Spain, and Russia – had submitted bids for the engine purchase tender. Mr. Topală said then that all five bidders has complied with the tender conditions and that a winner would be chosen within two months.

Two months passed, then half a year passed, and then one year passed, but the winner’s name remained unknown. On March 26, 2018, the head of CFM announced that a new tender was held to buy the engines and that two companies had signed up for it.

"In 18 months we could see new engines at Calea Ferată [a Moldovei]," Mr. Topală shared his optimism with the Auditors Court, which summoned him for a report.

Sources in CFM told Mold-Street.com that the changes emerged as a result of a conclusion that the EBRD’s environmental conditions were too severe.

"The conditions imposed on CFM said that the company was obliged to purchase engines that fitted the present-day environmental standards, which are not used even in the EU. They are pretty expensive for this reason. We insisted to let us choose among cheaper engines and thus buy more of them," the source explained.

The acquisition process must be in compliance with the EBRD’s rules for tenders for goods and services.

Half of sleepers for rails are damaged or faulty

While the tender procedures got delayed, the enterprise fared from bad to worse. In 2015-2016, CFM reported in losses more than 105 million lei and more than 53 million lei, respectively, auditors found. The number of passengers using CFM services dropped abruptly from 3.8 million in 2014 to 1.8 million in 2017. Cargo services too declined, from 5 million tons in 2014 down to 3.5 million tons in 2016.

The auditors also found that almost half of the rail sleepers are were damaged or faulty, and thus the railways were dangerous for train circulation.

CFM director Iurie Topală says there are signs of improving finances at his company: in 2017 it reported a profit of 7 million lei, reduced the debt burden and the number of employees.

Some specialists are skeptical over CFM’s perspectives. Oleg Tofilat, a former state secretary at the Ministry of Transportation and Road Infrastructure (MTID), sees a major risk about CFM’s capacity of effective operation of the new engines the company plans to buy. CFM is in financial hardship and given the lack of independent auditing, it is difficult to assess what are the true problems this state-owned enterprise faces, he explained.

“The profit doesn’t count as much as the cash flow. CFM is unable to pay wages to its employees and this strips the truth naked: they don’t have enough money to cover a hole of 500 or 600 million lei with annual profits of 10-20 million lei; it will take decades until they gain a true payment capacity. Under the circumstances of financial shortage, maintenance of new engines – which are more expensive to maintain, even though operational costs are lower thanks to less fuel consumption – may be a problem. Evidently the machinery needs to be renewed, but it’s also important to manage the modernization agenda in a proper way, otherwise things will go worse instead of getting better,” the former state secretary at MTIC told Mold-Street.com.

Solution: breaking up the monopoly

The state of infrastructure is cited by Mr. Tofilat as a second major risk. “Train speed is limited on a good portion of the national railways to 15-20 kilometers per hour. As a result we have an abnormal operation of engines, overload and enhanced use of mechanisms. The solution is written in the CFM Reform Concept, which the Government approved in December 2017: Breaking up CFM two enterprises – one to operate the trains [and another to operate the infrastructure]. A tariff for the use of new engines would improve the finances of the new enterprise, raising enough money from CFM for maintenance, training, spare parts. Even though CFM can’t cover these costs, we can learn how to use the engines. An independent operator of engines/and trains would collaborate directly with other firms and these firms in turn may buy their own trains and have private depots, smoothing thus the path towards a competitive market,” Oleg Tofilat stated.

That being said, the main risk is yet to be explained, he added. If CFM files for bankruptcy, the payment obligations fall onto the Finance Ministry and this means an extra one billion lei in financial burden. Respectively, the Government will have to raise more taxes and duties from taxpayers and businesses.

“A separate enterprise would be able to sell the engines, rent them for international destinations, and perhaps there are other options. If CFM gets to operate the engines directly, they’ll turn into crocks that will need even more cash in order to ensure their normal functioning. An example to learn from is the case of Servicii Transport Auto, a state-run motor company, which in 2005 purchased new vehicles from the Czech Republic and ended up with 100 million lei in debt to the Savings Bank, plus hundreds of kilos in wreck that once used to be motor vehicles,” Mr. Tofilat said.

Railway traffic may get suspended

So how is CFM doing right now? Out of 139 existing engines, 134 are out of date and should be pulled out of service. More than 25% of the railway infrastructure is unfit for further use and needs capital repairs; if this issue doesn’t get a proper attention, more than half of railways in Moldova will be unusable within five years and will have to be shut down.

CFM has generated around one billion lei in losses during the past 5-6 years, against a background of decreasing number of passengers – especially to international destinations – and decreasing revenues. The costs of rescue are estimated at 300 million euros.

The project for acquisition of railway engines and modernization of CFM was approved in 2014, for a total of 105 million euros, of which 50 million was the EBRD’s commitment and another 50 million was was the EIB’s contribution. The remaining 5 million euro was a grant from the EU Neighbourhood Investment Fund.

The first part of the agreement provides for the acquisition of 11 electric diesel engines for passenger service and cargo, as well as maintenance equipment.

The second part of the project provides for the rehabilitation of railway infrastructure, in principal the portions linking Bender-Chișinău-Ungheni-Bălți-Ocnița and Bender-Basarabeasca-Etulia-Giurgiulești.