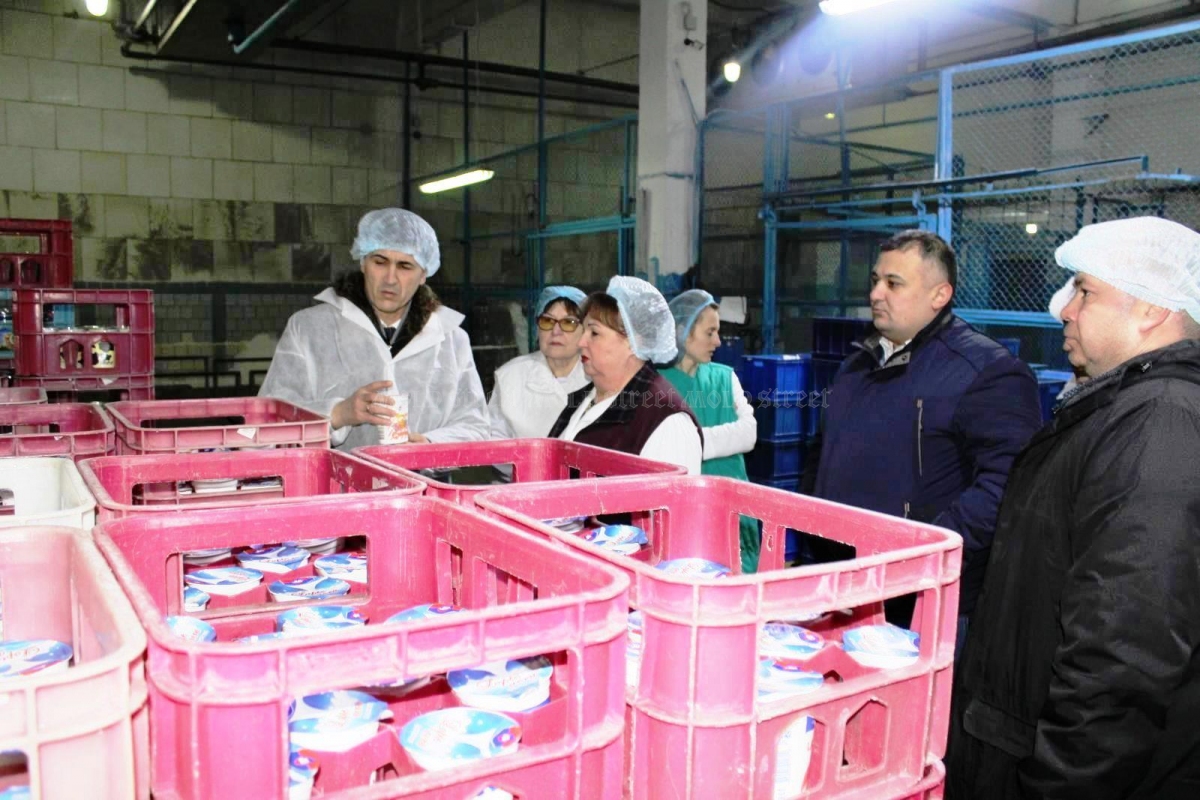 BNS
The publication of the findings of laboratory tests that had been commissioned by the East-European Foundation (EEF), which showed quality shortcomings in 126 milk samples, caused a true bomb blast in Moldova.

The government was caught unprepared and consumers began questioning where the authorities were able to do their job properly.

Moldova’s largest dairy producer, JLC Group, is directly concerned in the laboratory study. Its managers rejected the results of the tests, which they described as “actions on orders.” JLC wonders why the findings were published two months after the collection of the samples, given that it could no longer submit any samples from that period for additional tests.

On the other hand, the results of those tests raised questions about what specifically the competent public authorities are supposed to do regarding the public health safety and why the EEF didn’t care for all 26 dairy producers in Moldova.

The National Food Safety Agency (ANSA) is in charge with the enforcement of the state policy on food safety and sanitary-veterinary monitoring. The agency immediately reacted to the news and published in turn an action plan for inspection of dairy producers and supermarkets. It also decided to check up every imported shipment at the national border and take samples on the spot.

ANSA teams were deployed at the factories and storehouses of JLC, Bantacard, Ferma cu Origini, Fabrica de Unt din Floresti, Lactis, and a number of distributing and trading facilities that included supermarkets. They collected samples of dairy products to measure the microbiological and phisio-chemical indicators, antibiotic sediments, and fats.

The results of the tests are expected to be released on Monday, February 12, 2018. ANSA said no word about whether or when other dairy processing factories will be inspected too.

On Wednesday, February 7, 2018, ANSA convoked a meeting with agriculture officials, trade unions, accredited laboratories, and dairy processing enterprises to hear their reports on the issue and analyze the situation.

According ANSA Deputy Director Ion Toma, the agency has a multi-annual plan for inspection and verification of quality. The facilities where milk is collected are inspected twice a year; overall last year there were 1,334 checkups that generated 287 prescriptions and 27 reports on the findings.

The dairy processing enterprises are inspected four times a year; overall last year there were 105 checkups that generated 47 prescriptions and 12 reports on the findings.

Toma said 48 samples out of 690 collected in 2017 showed results below the quality standards, of these 15 samples failed the fats tests.

To overcome the challenge, ANSA announced that it would severe the sanctions on companies placing counterfeit products, including the shutdown of factories for a given period. In order to prevent the improper use of vegetal fats, ANSA said it had written an amendment to the existing regulatory framework, namely the Government Decision #611 from July 2010. It covers the technical requirements for milk and dairies, such as criteria for the fabrication and sale of dairy products.

ANSA proposed in particular to exclude the description “dairy products” from products that contain vegetal fats and to separate those products from “real” diaries on supermarkets’ shelves.

A number of questions linger regarding this proposal. According to the government’s performance report regarding the implementation of the EU Association Agreement National Action Plan, the regulation mentioned above needed to be updated and approved in 2017. It is a key document in the dairy industry as such.

The ministry of Agriculture and Food Industry reported two years ago that the document was being drafted and that two meetings with representatives of milk processing factories were held in 2015 as part of the public consultations process.

Technical shortcomings on the way to the EU

In 2015, a version of that document appeared on the website of the Ministry of Agriculture and Food Industry and only on December 1, 2017 on the public consultations website particip.gov.md. A few months later though, the document was deleted without any explanations. It can still be found in cache via Google search or may be downloaded here.

Officials at the Ministry of Agriculture, Regional Development and Environment – as it is called now – have explained that the document “contained certain technical shortcomings” and therefore needed to be updated. Mold-Street’s attempts to discuss about this project with two functionaries who were in charges with its updating were unsuccessful – one is no longer employed at this institution and the other excused himself due to his vacation.

The document in question is designed to translate the EU Regulation #1308/2013, which sets out the rules for joint organization of food markets and fills in the gaps that exist in the current Moldovan regulatory framework. It also provides for clear terms and definitions, trade names, and common norms for milk and dairy products for consumption by humans – this aligning the domestic provisions to the EU ones.

Adoption and enforcement of that document would boost the trade with milk and dairies with EU countries, given that Moldovan producers and exporters complied with the EU requirements.

Moldovan Government isn’t in a hurry

A third document that expected approval in 2017 is a governmental decision on the methodology of examination and testing of boiled milk that is sold for direct consumption. It is a commitment of Moldova in its plan for implementation of the Association Agreement with the European Union.

This document, too, was uploaded on particip.gov.md only on December 26, 2017, and is expected to translate the EU legislation into the domestic legal landscape as concerns the procedures for examination and testing of milk that is treated thermally and is good for direct human consumption. This document sets out for the methods that would allow inspectors to determine the dry substance, the content of fatty substance, the content of skimmed-dry substance, total nitrogen substance, protein content, and the bulk density.

Some specialists have warned that Moldova needs a transition period of several years before abiding strictly to the EU norms. A sudden and unprepared enforcement of these documents would ruin most dairy enterprises and would halt the collection of milk from farmers. Imports would then flood the Moldovan market, they said.

Overall, under the national actions plan for implementation of the Association Agreement, Moldova committed itself to work out and enforce 12 regulatory acts related to agriculture and food industry in 2017.