The Filip Government at its Second Anniversary, in 15 Economic Indicators 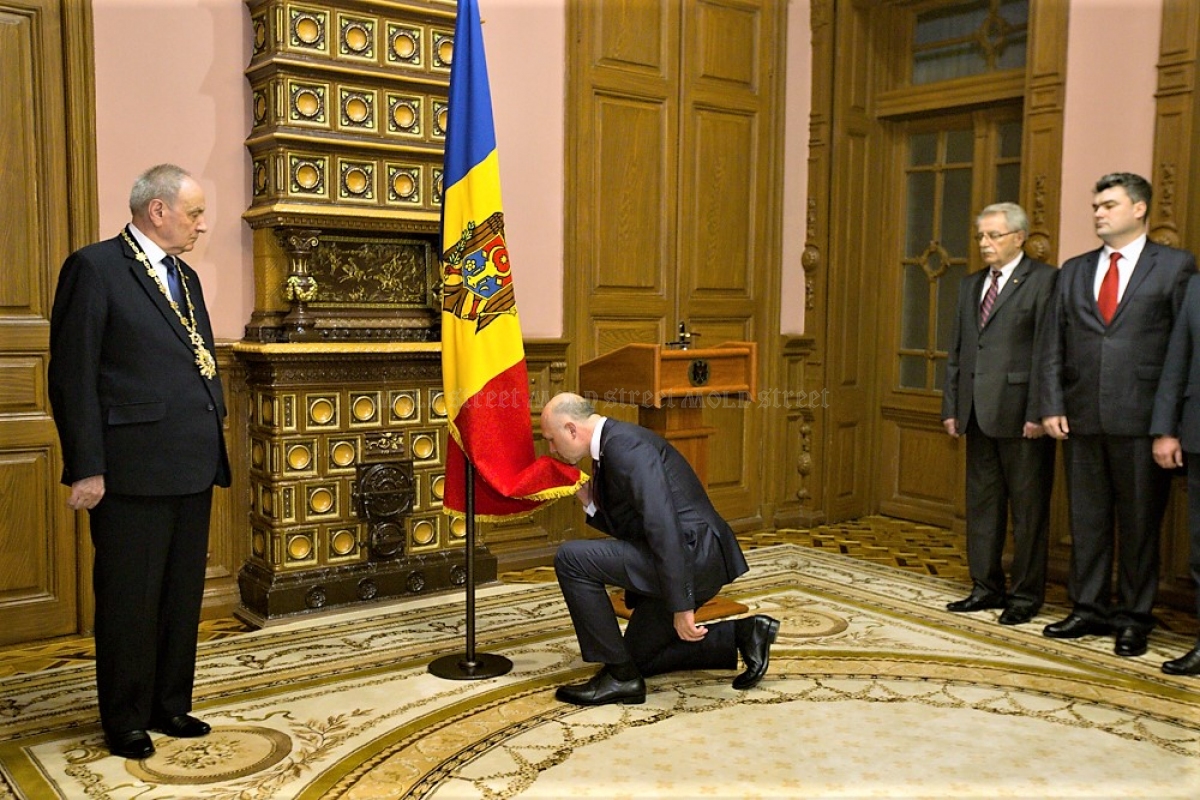 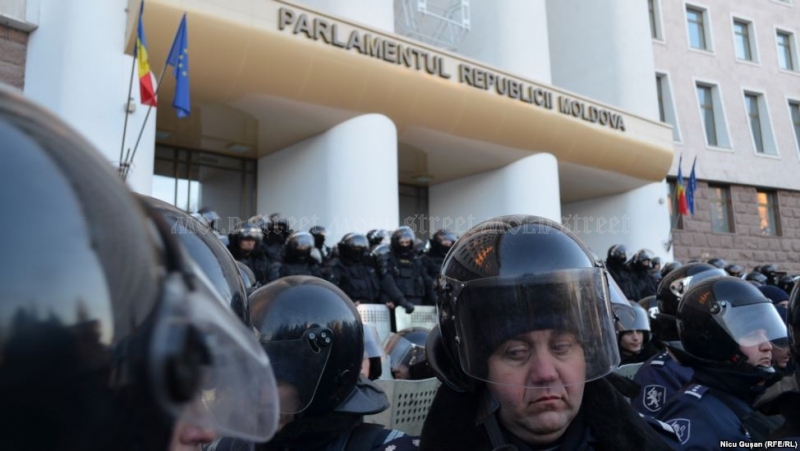 BNS
On January 21, 2018 the government led by Pavel Filip turned two years since it gained parliament approval to run the daily businesses in Moldova. The second anniversary is a good reason to review the main achievements of this government.

The investiture of the Filip government took place in a very specific context, following the decision of former President Nicolae Timofti to reject the candidacy of Vladimir Plahotniuc for the post of prime minister and mass protests outside the parliament doors.

The Filip government took over after a difficult year 2015, when the one-billion-dollar bank fraud sent out strong social, economic and political waves that shocked and shook the entire society.

For a systemic analysis, based on figures rather than perceptions or subjective opinions, we chose 15 relevant economic indicators, which can be compared through a timeline with the results of the previous governments. Please mind that many indicators for year 2017 are estimates based on the trends in the last months or forecasts from the Economy Ministry.

Analyzing the GDP share in the growth structure we noticed that the Moldovan economy was above the zero line thanks almost entirely on the final consumption in individual households, and that the consumption in the government and public administrations was zero. Then the contribution to the formation of fixed capital was tiny given the modest investment activity over that period.

On the resource side, in 2016 agriculture counted for half of the economic growth while in the nine months of 2017 trade, transportation and excises were the main engines for growth.

Promotion of Moldovan exports in the EU

• Free Trade Agreement with the EU boosts exports – in 2017 Moldova’s exports increased by more than 15% and this happened primarily thanks to the EU’s absorptions. Two out of every three US dollars were earned from the exports to EU markets where the growth was 20%.

The worst year for Moldovan exports was 2015 – one may blame both external and internal factors – while the best year was 2011 (+43.8%).  It will be hard to repeat that seven-year-old performance.

A sentiment of low confidence in economy

• Crediting on the decline, investments in stagnation – although government officials including Prime Minister Pavel Filip like to talk about a “restoration of confidence of the business community,” the state of spirit in the business is rather cautious and uncertain.

This sentiment is fuelled by a stagnating investment activity and slowing bank financing for companies.

After two years of successive falls – 9.4% in 2015 and 12.8% in 2017 – the official expectations pointed to a mere 3.0% -increase of investments in long-term material assets, in spite of a low value base for comparison. The low investment appetite of entrepreneurs reflected in a weak loan lending process, which continued to decrease during 2017. That year the credit portfolio in the banking sector lost only 2.8% thanks to the strong lending performance for individual clients.

The best investment performance Moldova achieved in 2010 and 2011 and the best lending activity in the banking sector was recorded in 2014. Yet the growth of 28.1% in 2014 was suspicious, because the main source of growth was generated by numerous schemes of the one-billion-dollar bank fraud. The collapse of the lending activity after the shutdown of three commercial banks, in the same proportion, in 2015, simply confirms this suspicion.

• The increase of prices and of the exchange rates after the depreciation of the national currency by 34% compared to the US Dollar, in 2015, was a direct effect of the fraud in the banking sector. In 2016 the Moldovan Leu lost less towards the American Dollars, and in 2017 the trend reversed. No major fluctuations were seen in the past two years.

Inflation in the last two years was 6.4% and 6.6%, just at the limit of the central bank’s target of 5.0% +/-1.5. During the mandate of the Filip cabinet, the prices soared most in the case of cigarettes (more than 20% in both years), but ironically, not the vices – health too has become more expensive.

In early 2017 the government increased the tariffs for medical-sanitary services and by the end of that year they consumed 66.6% more from patients’ pockets, according to official statistical data.

On the opposite side, the prices decreased most for onion and carrots.

In October 2016, during the presidential election campaign, Premier Pavel Filip promised to do his best in order to push down the prices of medication. He committed himself to reduce the prices of most important and common medicines by 40%. Well, the official figures from the National Statistical Bureau showed that in 2016 the prices for medicines increased by 1.6% on average, and in 2017 they decreased by 2.7%.

• More budgetary collections – official figures show a better fiscal and budgetary discipline and more collections, and IMF assessments confirm this as a fact. In 2017 the collections to the National Public Budget increased by more than 17% and this performance is comparable to year 2010. However, there’s a big difference between those periods: in 2010 the Moldovan economy grew by 7.1%, while in 2017 the growth was just 3.5%. This speaks of an improved fiscal management and enhanced measures to get what belongs to the public coffers.

As for the customs duty collections, they were large enough in 2017 (+17%) but it’s not about an extraordinary performance of the customs authorities, as the government claims. For example and by comparison, in 2010-11 the Customs Service reported collections growth of 26.7% and 22.0% respectively.

• Burden of the Billion-Dollar Fraud – the conversion of the financial guarantees given by the governments of Iurie Leancă and Chiril Gaburici to the robbed banks into the internal state debt, in September 2016, was one of the challenges of the Filip government. As a result of that conversion, the share of the internal state debt in GDP increased from 5.9% in 2015 up to 16.0% in 2016.

However, if concerning that conversion the Filip government has only translated into fact the obligations assumed by the previous governments, it had advanced not one inch in the investigation of the fraud. The money that is being recovered now comes from the sales of assets owned by the three banks but the stolen money remains stolen.

• Real increase of wages – figures from 2017 show that the wages in Moldova were on a real rise of 5%, as adjusted to inflation, and this is above the average for the analyzed period.

In spite of the wage growth the number of formally employed people the Filip government has not been able to stop the six-year-long decline. A research by the National Statistical Bureau shows that the number of full time employees in September 2017 totaled 419,500 persons. This is 12,500 lei than in September 2015. The statistics included the enterprises and organizations with 4 and more employees.

See a detailed table of analyzed indicators: 15 key indicators of economic development in 2010-2017 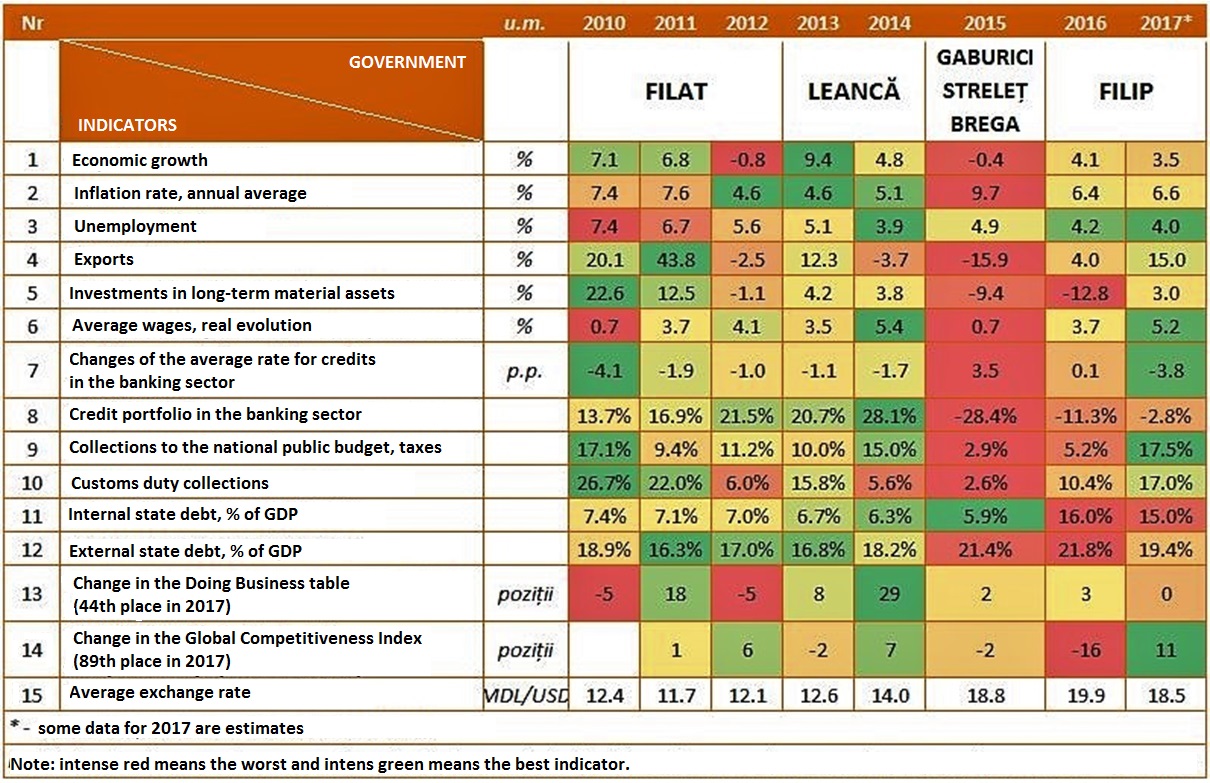