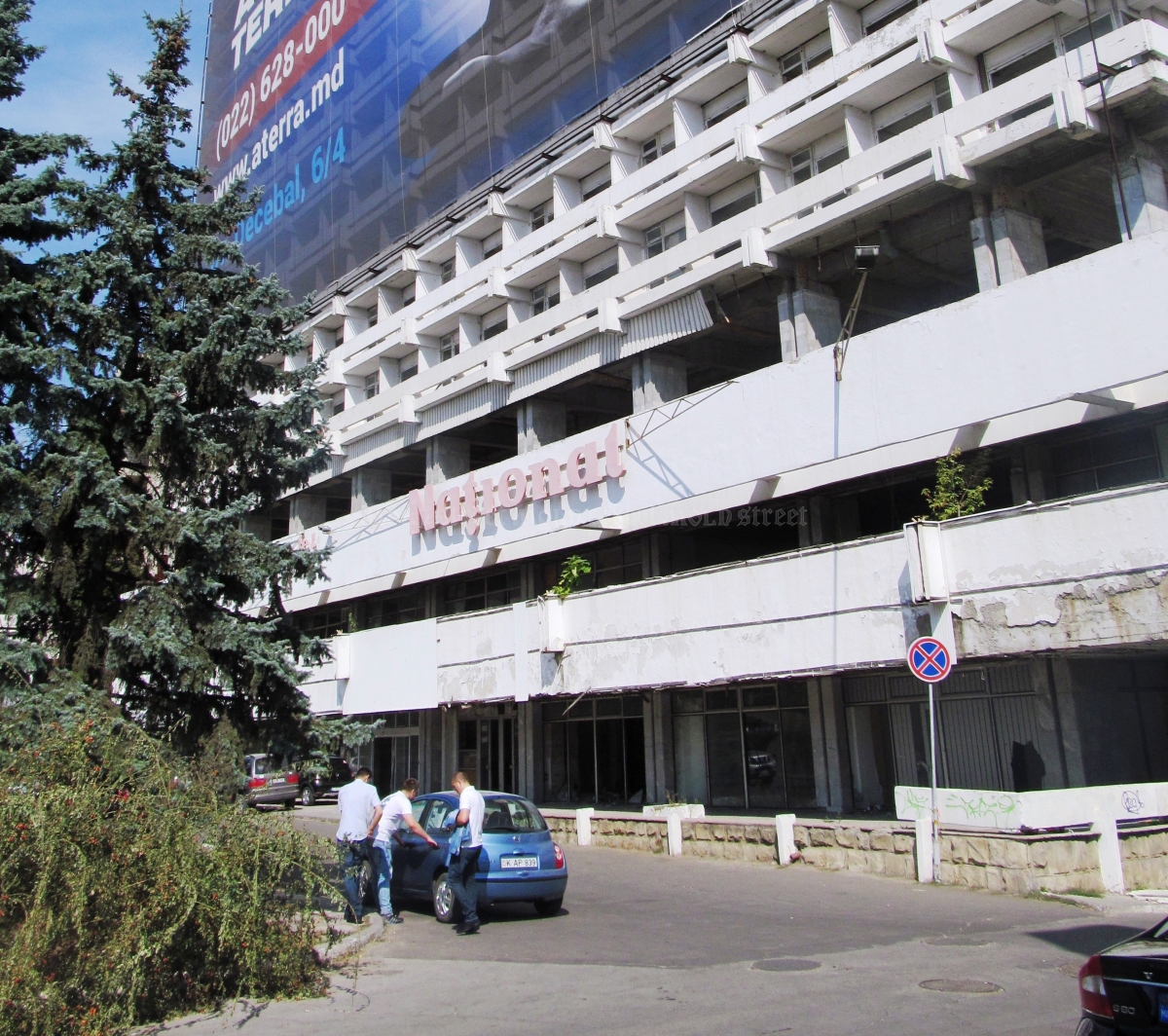 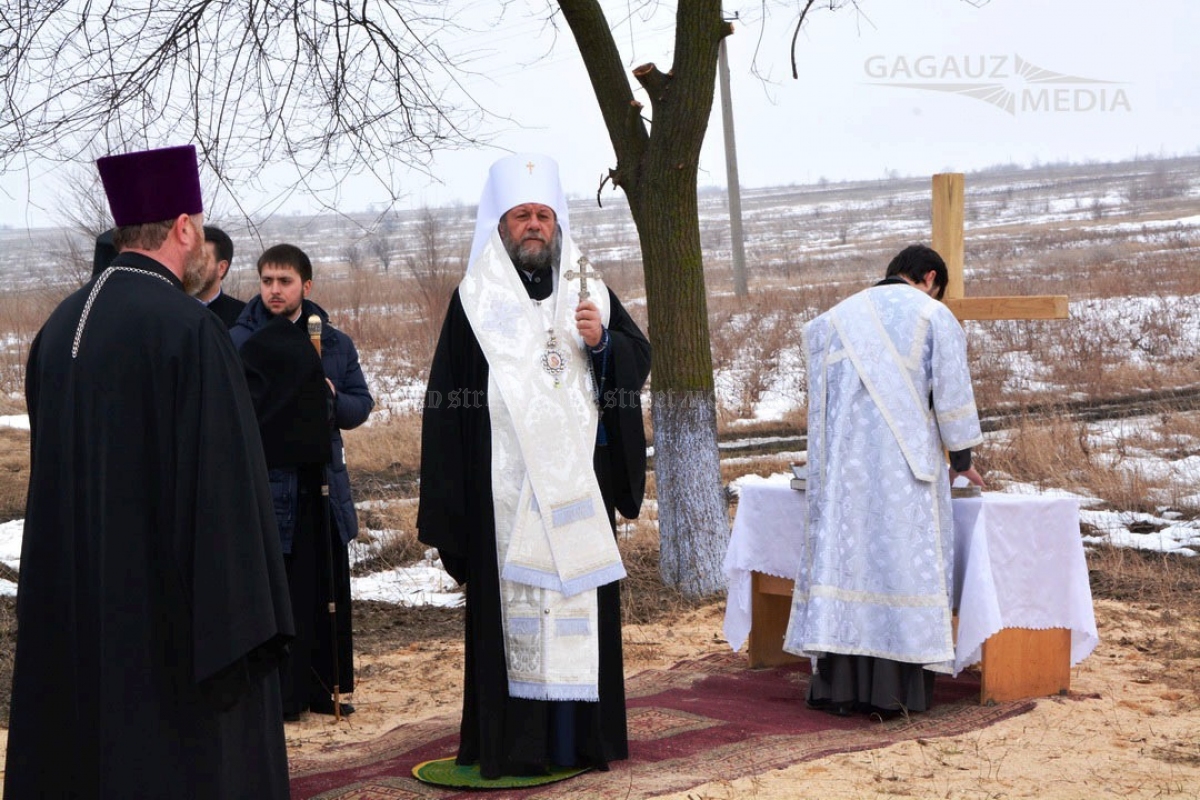 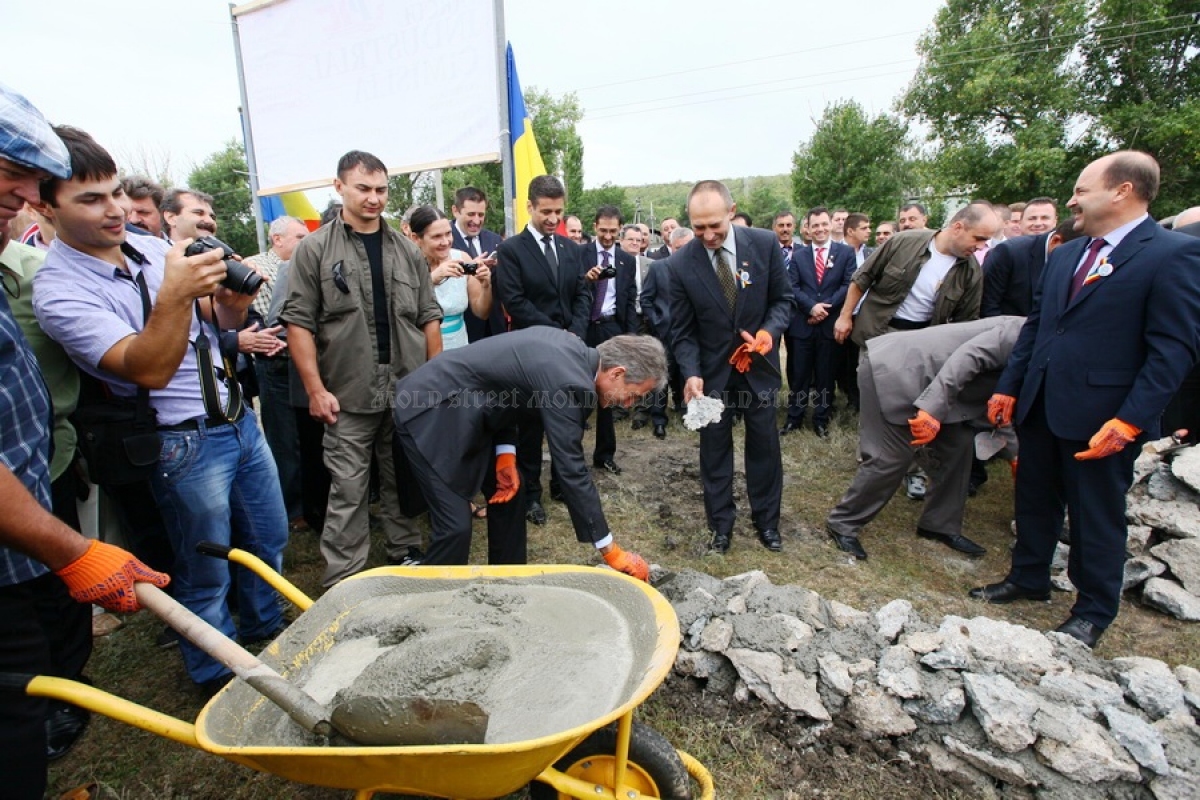 BNS
At a cabinet sitting in mid-November, Prime Minister Pavel Filip unexpectedly remembered that a number of privatized assets have been languished in ruins for dozens of years while some mega-projects exist only on paper.

The head of the cabinet pointed out to the privatization of cinema theaters in the district centers of Moldova and particularly to the National Hotel in Chișinău. He also expressed disappointment over the stagnation of two industrial parks in southern Moldova, which had promised to create new jobs.

Only three jobs out of 3,000 promised jobs

“Let me remind you about the cinema theaters in the administrative centers of our districts that lie in decay… I also think of the industrial parks which offered fields and buildings in return for investments… I mean the Cimișlia Industrial Park, which had promised to create 800 jobs but instead created just two jobs. Or the Comrat Industrial Park, which vowed to hire 2,260 people and instead hired just one. There’s something wrong here!” the prime minister exclaimed.

Mr. Filip outlined the privatization of the National Hotel at an investment contest. “I’ve talked more than once about this premises, which we expected many years ago to see a beautiful building. [Instead] we saw children getting high with narcotics and wandering outside the control of their parents and social assistants,” the premier told his ministers.

The prime minister also asked the Economy and Infrastructure Minister Octavian Calmîc to review the progress covered by the buyers of the premises in their investment projects. If necessary, he instructed the minister, feel free to terminate the contracts and nationalize the assets whose new owners have failed to comply with their investment commitments.

Without the baron or the European Park in Cimișlia

Mold-street has reviewed several projects – some of them were quite ambitious. Take for example the Cimișlia Industrial Park. It was founded six years ago on the skeleton of the Cimișlia Public Services – a state-run Soviet-style enterprise – which became the administrator of the project and received for this purpose 40.5 hectares of brown fields at the outskirts of the town of Cimișlia.

On 28 August 2013 the prime minister at that time, Iurie Leancă - currently deputy chairman of the Parliament - laid down in person the foundation stone of the Cimișlia Industrial Park, to the delight of a bunch of officials around him. “This first European park in an open field will be a success story. I hope that it will help Moldova become a functional European nation,” Mr. Leancă said pathetically.

The enthusiastic Leancă went further by announcing that the park would expand up to 100 hectares in the future and the local public authorities branded the event as a historical day for the Cimișlia District. In accordance with the project, at least 70 million lei was necessary for the construction of the park and the bulk of money was expected to come in from the central government, the local townhall, and the Prahova County Council – a partner institution in Romania. A chopper brought a German investor, Baron Alexander Freiherr von Lüdinghausen, to Cimișlia; he said at the event that he wanted to build a factory for etheric oils in the new park.

Four years later the Cimișlia Industrial Park hosts one single resident: Sunartenergo SRL from Nisporeni District, which planned to manufacture photovoltaic systems. In late 2015 the amount of investments in Cimișlia was close to zero, the Economy and Infrastructure Ministry said in a report.

The largest park, the biggest fiasco

Compared with Cimișlia, the ambitions in Comrat (Gagauzian autonomy in southern Moldova) were even bigger. The industrial park there opened with triumphal speeches from Parliament Speaker Andrian Candu and local officials, in the second half of January 2015. Moldovan Metropolitan Bishop Vladimir Cantarean himself held a religious service for good luck.

Promises poured for the media for free.

Democrat Nicolae Dudoglo, a local leader, predicted that the Comrat park would grow to be the largest in Moldova and that investment commitments would pass over 1.8 billion lei. The park is located in the former dwelling maintenance enterprise and covered 50.3 hectares. It was awarded an operations license for 30 years.

Three years passed and green grass has only grown in the Comrat Industrial Park, plus a waste of one million lei from public finances.

In 2017 the authorities transformed the Comrat park into a sub-zone of the Valkaneș Free Economic Zone. There are hopes that an investor will build there a plant for automotive parts.

“The experience we have gained shows that investors don’t walk into industrial parks, where a few roads exist, instead they prefer developed economic areas with a lot of facilities including the VAT exemption, small profit tax, and so on,” according to Comrat mayor Serghei Anastasov.

Among the plentitude of failures, there’s one that deserves a special place in Moldova’s privatization history books: the National Hotel complex. This episode was marred by a scandal that astonished foreign investors.

National Hotel until 1992 had been part of the Soviet accommodation infrastructure Inturist, which was designed mainly for foreign visitors. In Moscow, for comparison, a similar network hotel was simply demolished and a new building was raised.

The one in Chișinău was sold into private hands twice. First time an Israeli firm called Avi Awaks won the contest and was expected to pay 1.55 million dollars for the complex, but it did not pay any cent and the government consequently terminated the contract and took back the hotel after a long court battle.

The second contest took place in November 2006 and four bidders queued to get the complex: Alfa-Engineering, Business Global Park, Elite Sport, and Italian company Immobile RE, which operated a hotel network under the Radisson franchise.

Alfa-Engineering, based in a small Moldovan town of Căușeni, took over more than 83% in the state-run society Moldova-Tur, which controlled the complex. It paid 2.15 million dollars and was committed to invest a further 33 million dollars within the next two years. Guess what? Nothing of the kind: after 11 years of ownership the entire complex is scrambling to become a ruin, too.

Since the investor broke the agreement, the government had to re-nationalize the complex. Businessman Nicolae Curtoglo, a former member in the Moldindconbank managing board and director of Alfa-Engineering, explained eight years ago why the investment plan failed: the authorities delayed the issue of permits for demolition and for the lease or purchase of the adjacent field.

Alfa-Engineering asked several times in a court of law the prolongation of the privatization agreement by two more years and every time the Public Property Agency was obliged to extend the deadline for implementation of the investment plan. Last time the sides met in a court of law in 2011 and since then neither the Public Property Agency, nor the Economy Ministry tried to regain the complex.

The Prosecutor-General’s Office, too, challenged Alfa-Engineering’s grip on National Hotel, in 2010, but lost the case. The court heard that until that year the company had invested 4.3 million lei in various documentation and design studies and that the government had not transmitted the land around the complex to the buyer. Alfa-Engineering complained that the adjacent land was necessary in order to pursue the investment obligations. All of the courts including the Supreme Court of Justice awarded victory to the investor.

The government repeatedly turned down the investor’s claims but the official cadastral registers show that Alfa-Engineering had not received the surrounding area for lease or ownership.

A journalist investigation in 2013 demonstrated that Alfa-Engineering was registered on 7 August 2006 by Estonian company Maldone Invest, which itself was founded in January 2006, with a statutory capital of a mere 3,000 euros. Maldone Invest sold Alfa-Engeneering to a Dutch offshore called Generashon Financial, which in turn was part of OTIV Prime Holding of Moldovan Democratic Party leader Vladimir Plahotniuc. Until 2012, Generashon Financial was officially known as OTIV Prime Financial, which controlled 26.75% of Victoriabank.

The name was changed in order to cheat the public that the new shareholder of Victoriabank had no connection with Plahotniuc’s holding, the investigation found.

Generashion Financial was a majority shareholder of Victoriabank until November 2013, the time when it sold the entire package of 26.75% by dividing it into smaller portions of less than 5%. The buyers were a Latvian firm, a British firm, five Moldovan firms, and an unnamed individual. All of the shares ultimately ended up in the portfolio of a Cypriot offshore, Insidown Ltd., from which Banca Transilvania is going to buy them.

Alfa-Engeneering is mentioned by controversial businessman Veaceslav Platon in his complaint filed in August 2016 at the Romanian Department for Combatting Organized Crime (DIICOT). Mr. Platon claimed that in autumn 2011 Plahotniuc had asked 80 million dollars for his shares in Victoriabank and Savings Bank. During the talks Platon also obtained control in insurance companies Asito and Victoria Asigurări, as well as 100% stake in Alfa Engineering, which owned National Hotel. All these assets were taken over by Veaceslav Platon via Generashon Financial. The sides signed the agreement on 2 December 2011 in Amsterdam, Mr. Platon stated in his complaint at DIICOT. On papers, the buyer’s name was Yuri Kontievski, a Moldovan-Bulgarian businessman and a business partner of Veaceslav Platon.

At present Alfa-Engeneering is a property of Ismida Alliance Ltd., an offshore involved in the one-billion-dollar fraud in the Moldovan bank system in November 2014.

It’s difficult to anticipate the fate of this monument of incompetence and mismanagement of public properties in Moldova.

Premier Pavel Filip gave a week-long time to his subordinates to look into all privatization agreements and report which ones were violating the terms. Investors who breached their obligations should be taken away their properties, he warned.

His deputy Octavian Calmîc called for “patience”: First the authorities should talk to investors and encourage them to comply with the terms of agreement, and leave the legal proceedings as the last option.

“It’s a difficult process but we hope to see the first results in the middle of next year,” Deputy Premier Calmîc stated.