Candu’s Bomb under the Memorandum with the IMF 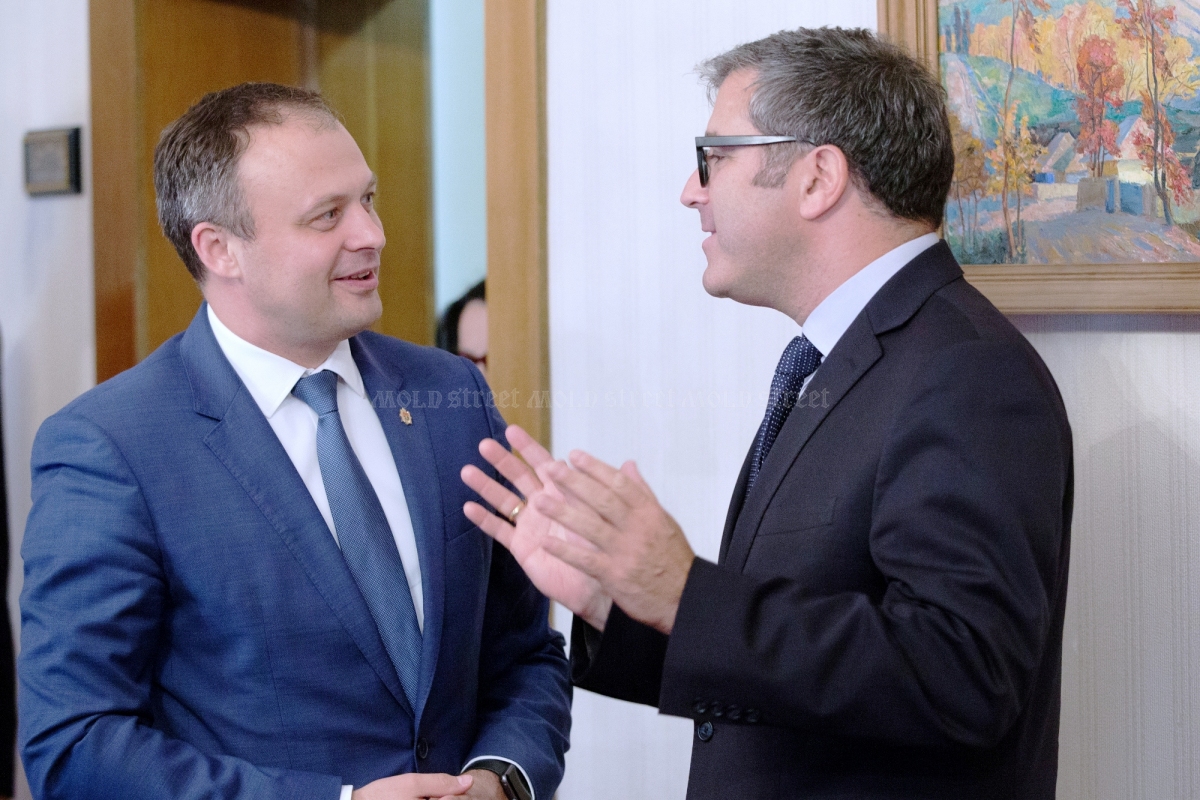 BNS
A draft bill to the Law on Central Single Depository for Securities which Parliament Speaker Andrian Candu and his Democratic party fellow Sergiu Sârbu has tabled before their colleagues may breach – if adopted – the commitments which the Government in Chișinău has assumed in the Memorandum with the International Monetary Fund (IMF).

The cabinet meeting in early November started as a quite peaceful sitting, until the debate whether to approve or reject a positive notice to the draft bill that should update Article 46 from the Law on Central Single Depository for Securities (#234 from October 3, 2016).

The document was tabled by Finance Minister Octavian Armașu, whose office added a few edits. If adopted into law, the proposal contains an essential change.

Valeriu Chițan, chairman of the National Securities Market Commission (CNPF), publicly disagreed with the notice’s conclusions during the cabinet meeting.

He said: "The Law # 234 concerning the Depository was born in hardship and is being enforced with difficulties. The core of discord is the source of funding for the verification of the registers of securities holders. The total cost was estimated at 70-80 million lei and is covered – in compliance with the given law – from the state budget. It is natural then for a government that commits itself with such action to assume the costs. It was negotiated like this [with the International Monetary Fund] and we got stuck today, trying to broker solutions – which may not be most suitable.”

In fact, Mr. Chițan challenged Parliament Speaker Andrian Candu and his Democrat fellow Serghei Sârbu. Both propose to search for a new way to cover the costs of verification of the securities holders, which would bring more transparency in the bank ownerships, even though such a way would breach the memorandum with the IMF.

The two lawmakers want those expenses to get covered by CNPF and then to be compensated by the operators proportionally to the number of shareholders and according to their budgets and expenses per shareholder as established by the Commission.

Mr. Chițan mentioned the fact that the Government recently amended the 2017 budget and disposed the allocation of 6.2 million lei for the first verification of banks and insurance companies.

“However, we can see attempts to change the rules in the process,” he said. “The Finance Ministry is trying to change the rules of the game while on the walk. If the bonds issuers are obliged to cover those expenses, it’s out of question that we’ll get into trouble with the IMF and the agreements with the Fund will collapse. The Commission is not able to continue the process without a guaranteed financial line,” the head of the watchdog agency stated.

In the relationship with the IMF, the Moldovan Government promised to check up “the registers about the legal owners concerning all of the banks and insurers,” he added by citing the prime minister’s letter of intent.

But Premier Pavel Filip replied that the IMF or the conditions to be fulfilled in return for its assistance “had nothing to do with the issue.”

“I think it’s a kind of naughtiness to ask the state to pay for the banks’ shareholders. You are probably unaware that the banks earned altogether a profit of 1.5 billion lei in the three quarters of this year. Let me get straight, are you suggesting that after all that has happened [2014 bank fraud] we still have to take out money from the public pocket and spend it for the review of bank and insurer shareholders?” the cabinet chief asked.

The premier also urged the executive members to search for a solution. “Those who earn billions should pay for this review; the government will take care for the rest. Once this question is answered we’ll go ahead with the enforcement of this law and maintain a fair approach,” Mr. Filip concluded.

The finance minister supported his boss by reminding that the first stage of the review and registration mechanism concerns the banks and companies within the public interest range, which “have money and therefore it’s not worth to lay the burden onto shareholders’ backs.”

“Once we gain the necessary experience upon completion of the first stage, we’ll be able to see how things work and we’ll know what to do during the second stage. We’ve already raised this issue at the IMF,” said Octavian Armașu.

And yet CNPF chairman Valeriu Chițan remained unconvinced. He cited the lack of a legal basis for such a decision.

“Yes, that’s right – the banks have the money. But you, the government, don’t have a legal basis to let us take that money [from the banks]. There’s another way to have the banks pay, a more legitimate one.” said Mr. Chițan, himself a former finance minister.

In his opinion, the attempt to modify a law before it starts working looks like a dissolution rather than a solution and won’t help anyway improve the relationships with the Fund.

The same day this topic was discussed in the parliamentary Commission for Economy, Budget and Finance, in the absence of the bill proposers or representatives of the National Bank of Moldova (BNM), which oversees the banking sector and controls 76% of shares in the Central Single Depository. The debates led nowhere and the CNPF was recommended to open a separate account and start the verification process.

The idea is bad because the largest part of activities will be carried out by entities and individuals outside the Commission, which in turn will have to hire all these and will need resources to remunerate their services.

The two lawmakers who proposed the bill, Andrian Candu and Serghei Sârbu, too, recommend the CNPF to start the verification immediately and later to go look for the money.

Interestingly, the Moldova-IMF memorandum foresees that by the end of May 2017, CNPF – with BNM backing – drafted an exhaustive methodology and the procedures for verification of shareholders with legal powers. They were also due to campaign for popular support and this represented a structural performance criterion.

The Commission however passed the required document in late August 2017, after consultations with the central bank, Finance Ministry, the IMF, and certain banks. It says among others that CNPF will justify the spending framework regarding the ownership checking procedure to the Finance Ministry.

This process is expected to bring more transparency in the ownership of banks and other important joint stock companies in key sectors of Moldova’s economy. There are fears though that the concentration of the information about shareholders in a single entity [Depository] would harm the companies that keep the shareholder registers. Many such companies disagree to finance something that would harm their interests or business.

It would be for the first time when Moldova verifies the registers of shareholders and no one has any experience about how to organize this complex process. CNPF, which oversees the non-banking financial sector, has proposed to limit the enforcement of the legislation in this area to bank and insurers and – based on the experienced gained – to proceed to next steps by updating the law if necessary.