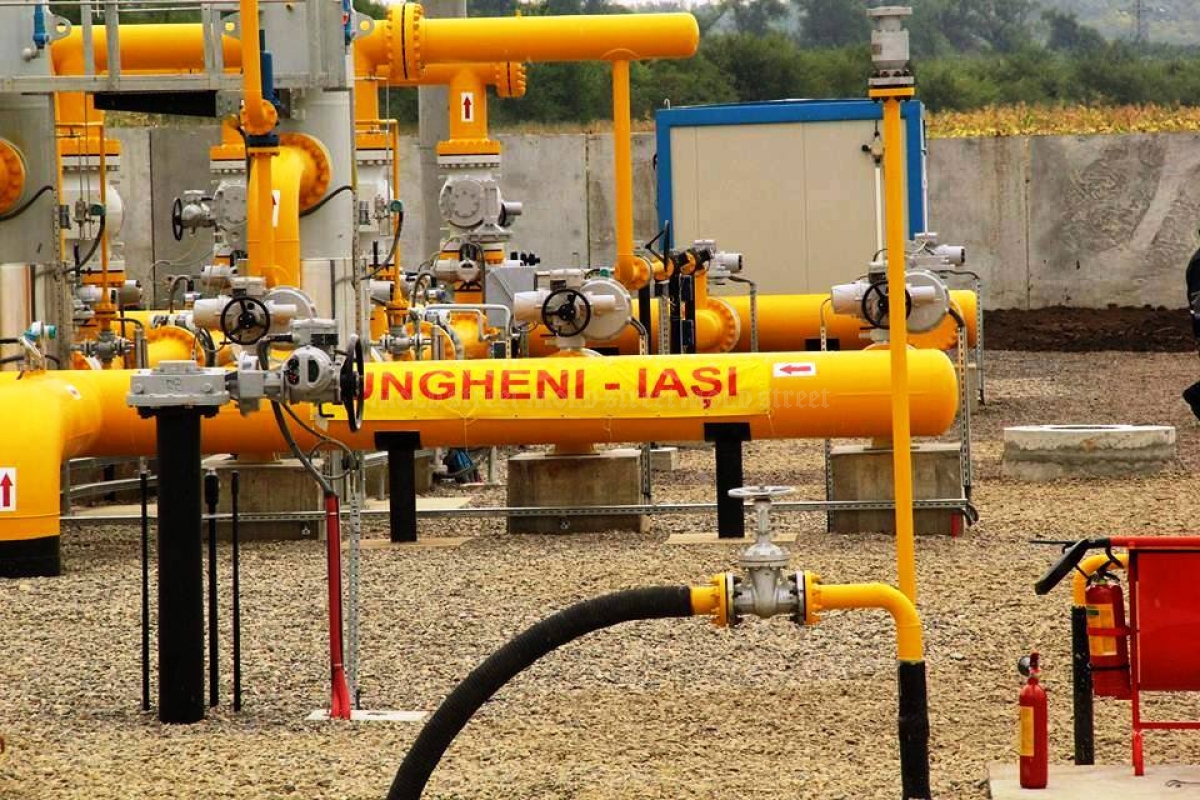 BNS
The list of assets which the Modovan Government put up for privatization in the third call includes Vestmoldtransgaz, a state-run enterprise which the authorities created in 2014 to manage the future gas pipeline Iași-Ungheni and to transport natural gases across the Moldovan territory.

The price for Vestmoldtransgaz is 180 million lei (9 million euros), plus an obligation to invest some 93 million euros within the next two years in the acquisition after the takeover.

The Agency of Public Property has not published the reasons why the Government decided to sell Vestmoldtransgaz or the specific conditions for participation in the tender.

Why Moldova gives up on a 92 million euro financing

This is apparently a surprising move given that the authorities have prepared for a tender for extension of the pipeline from Ungheni to Chișinău as the project that would connect the Moldovan gas distribution and transportation system to Romania’s has advanced to the second, final phase. The first phase completed in 2014 and it is necessary to build an additional pipeline of 117 kilometers from the border city to the capital in order to finalize the project.

Moldova also negotiated - and it looked like the sides agreed - that the European Union, the European Bank for Reconstruction and Development (EBRD), and the European Investment Bank (EIB) would contributed a total of 92 million euros for the pipeline linking Ungheni and Chișinău. The EBRD and the EIB would lend 41 million euros each while the EU would offer its share of 10 million euros in the form of grant. Moldova’s commitment was only one million euros.

The Government had already approved, and the Parliament of Moldova ratified in the first reading the agreements with the EBRD, the EIB, and the EU for this project.

The Moldovan Government admits this might happen. In July 2017, when the Parliament voted for ratification of the lending agreements for the pipeline, Deputy Economy Minister Vitalie Iurcu was speaking to the press that the authorities were considering to attract a private investor in the project. He confirmed that the Romanian side was interested in such an opportunity.

“The purpose of this specific privatization round is to relieve the government from the need to take new borrowings or to assume this investment commitment, but put the money elsewhere. Consequently, the obligation to construct this pipeline will be transmitted to a private partner who will carry out the project exactly as it was designed at the beginning,” Călin Negură, head of the energy policy department at the Ministry of Economy and Infrastructure, told Mold-Street.com.

If the privatization plan proves successful, the agreements with the EBRD and the EIB shall be cancelled in stead of being ratified.

As Mr. Negură said, the government will discuss with the two European banks the possibility to explore other investment opportunities, for example the energy efficiency projects.

Is IMF to blame?

The Moldovan authorities also cite the Memorandum with the International Monetary Fund (IMF) as a justification in stepping back from the agreements with the EBRD and the EIB.

The Memorandum provides for an effort on behalf of the government to lower budgetary deficit in 2017 than planned (3.7% of GDP, or some 5.5 billion lei).

The energy official sees no risk to the gas pipeline project’s implementation; on the contrary, he believes the move will accelerate the construction of the pipeline by the end of 2018, which is even earlier than planned.

According to Călin Negură, in parallel with the privatization process the authorities continued other activities related to the implementation of the project such as getting the technical documentation and the tender documentation done.

“If a private - and credible - partner appears to come forward and earns the trust for this investment project, and gets to sign the purchase accord with us, that partner will take over all of the obligations from that moment,” the functionary stated.

Who is the potential buyer?

The lately events in the energy sector of Moldova let us easily draw a fair conclusion that the entire privatization process is being prepared for the Romanian gas transportation operator Transgaz, which is controlled by the Economy Ministry in Bucharest (58% of share). Official statements both in Romania and in Moldova suggest that such Romanian energy giants like Electrica, Transgaz, Hidroelectrica, Romgaz and others are willing to buy stakes in the Moldovan energy system.

Transgaz however has been involved in the drafting of the technical design for the Ungheni-Chișinău pipeline and for two years has been considering to open an office in the Moldovan capital. The company has made no comments so far about Moldova’s privatization notice or its own plans, though the deadline for submission of bids runs off on 15 December 2017. Mr. Negură confirmed that the Moldovan authorities counted on Transgaz as the partner they were looking for in this project and admitted that other operators might compete directly or via affiliates, Gazprom for example.

On the other side, an independent energy expert ruled out a competition scenario, given that the privatization of Vestmoldtransgaz also covers a commitment to invest 93 million euros within two years after the takeover. A major impediment for Gazprom is the requirement to prove its experience in the management of gas transportation networks under the rules of the European Network for Transmission System Operators for Gas (ENTSOG).

Accotding to Victor Parlicov, a former head of the Moldovan energy regulatory agency ANRE, lots of questions linger over the issue. “Why would the government make so many promises and engage in so many negotiations with the EU and the two European banks to get the funding for this strategic project, but then abandon the process hastily in favor of a private investor?” Mr. Parlicov wonders.

“While the [Moldovan] authorities have not been generous in explanations, in fact the privatization stage is likely to delay the implementation process. For example, the technical study was expected in August but wasn’t ready even in October,” the expert found.

The authorities hope that the plan with the privatization will speed up the project. Both Moldovan and Romanian officials are optimistic about the completion of this project and even predict an exact date: end of 2018.

“The private partner will be able to divide the project into smaller construction sites so that the work is done in parallel on a number of portions. This way the project may complete sooner and the pipeline would become operational already in early 2019,” explains Călin Negură.

The investor will be obliged anyway to organize transparent tenders and to comply in full with ANRE’s requirements and legal provisions.

Readers should bear in mind that the Moldovan Ministry of Economy and Infrastructure issued in September 2017 the urbanism certificate to Vestmoldtransgaz for the pipeline designs.

Beyond the economic aspects, some geopolitical concerns linger.

“First of all, says Victor Parlicov, mind that Moldova’s agreement with Gazprom runs off in 2019 and the government must accelerate the implementation of this project, otherwise it will have to negotiate a new agreement with the Russians, under new conditions.”

Secondly, he continued, Moscow might complete the construction of TurkStream, a pipeline connecting Russia with Turkey via the Black Sea, in avoidance of Moldovan territory and Chisinau will have less capability of negotiations. “One day Moldovans could wake up to see exaggerate prices for methane,” Mr. Parlicov said.

One more reason to go on with the project is the existence of a pipeline between the Romanian city of Iași and the Moldovan city of Ungheni, which is used currently at 0.2% of its capacity but cost 26 million euros to build.

This article has been published thanks to the support of the National Endowment for Democracy as part of the Promoting Government Accountability Project and may be shared, republished or quoted without limitations. Reference to the source is