Bribes in Chișinău City Hall: From fireworks to Car Repairs and Thousands in Cash 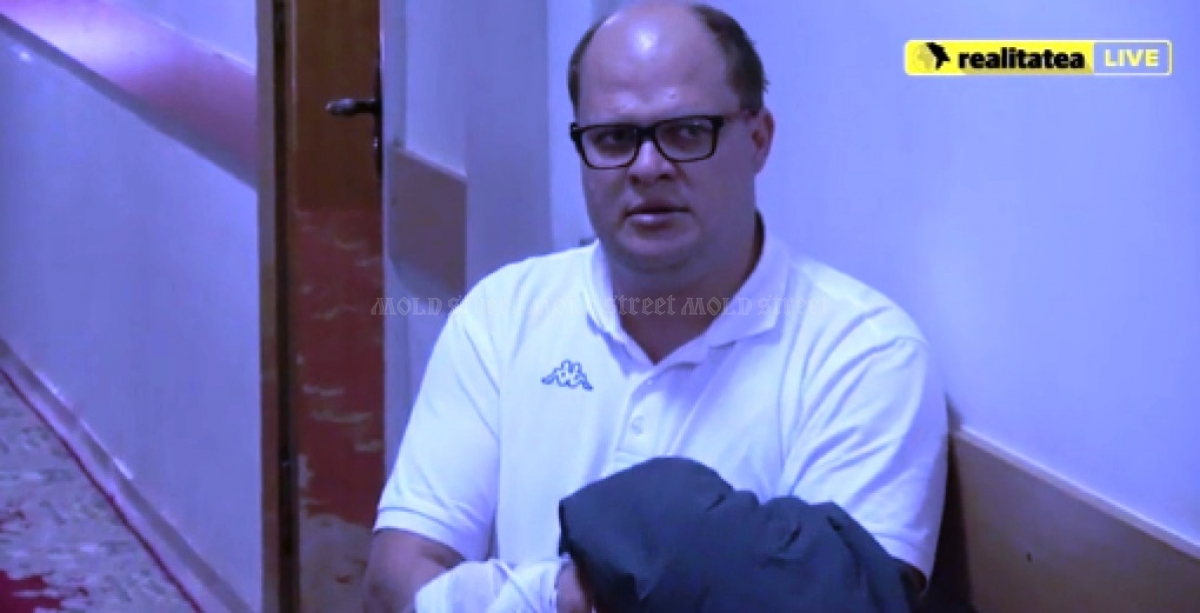 Oleg Onișcenco used to work for private entities rather than electors 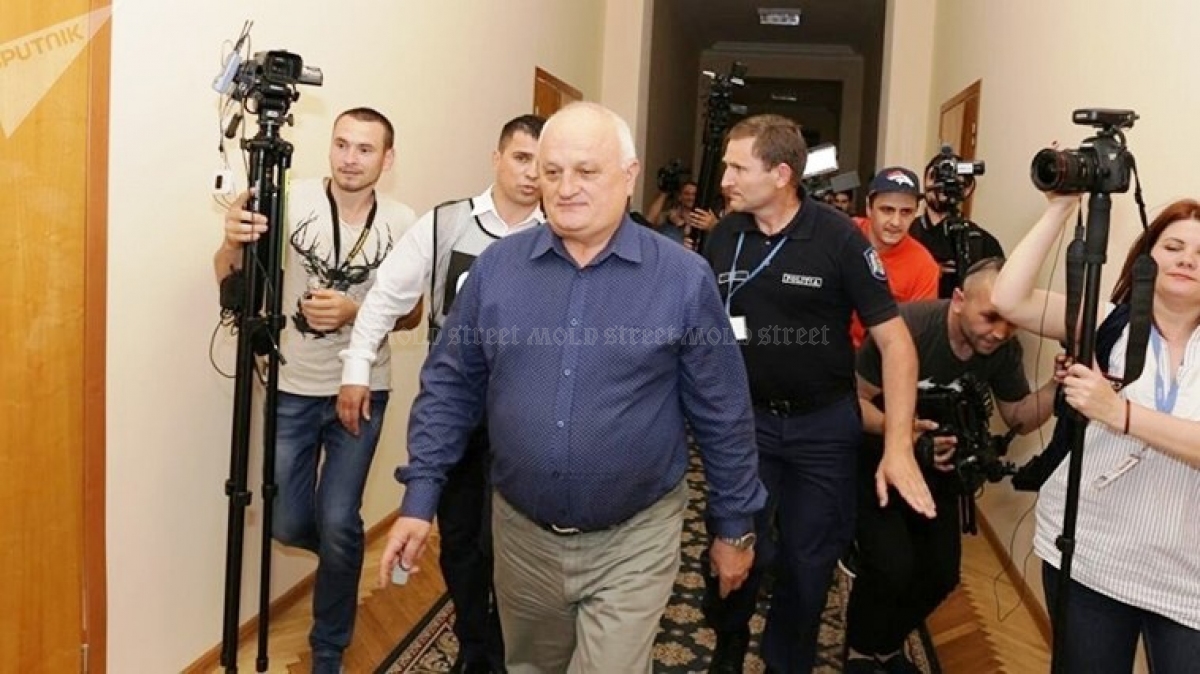 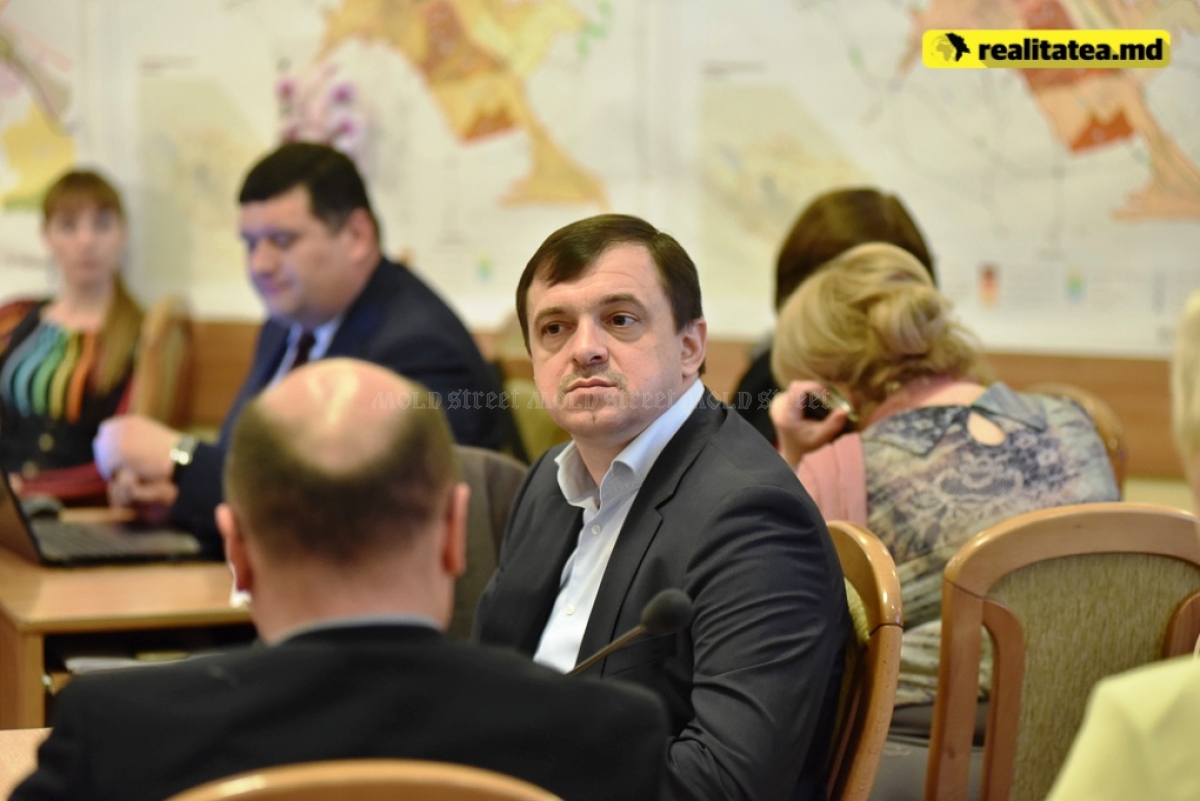 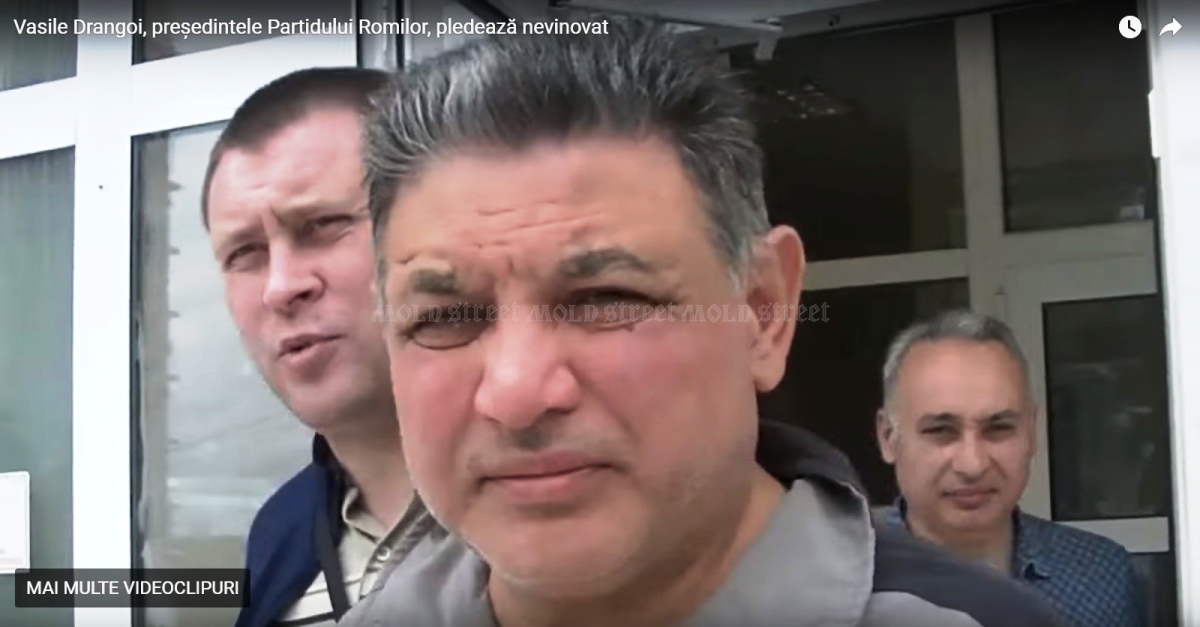 Businessman Vasile Drangoi is the head of the Roma Party


This is translation from Romanian. The original story is HERE.

The Chișinău Court has completed the legal proceedings and issued the sentences to three elected councilors: Valeriu Didencu, Oleg Onișcenco and Ghenadie Dumanschi - secretary, and, respectively, members of the Chișinău Municipal Council. They were arrested in late May in a joint operation conducted by the National Anticorruption Center (CNA) and Anticorruption Prosecution Bureau.

The three municipal officials pleaded guilty and received suspended prison terms ranging from one to two years. A group of businessmen have been sentenced in the same dossiers. Three more businessmen who had tried to settle their needs by corrupting the officials are still waiting for their verdicts.

Mold-Street has analyzed the decisions issued by the judges in those cases and explored the connections between them.

Fireworks at the Municipal Council

The first to receive a sentence for giving a bribe was businessman Gheorghe Sârbu, manager and an associate with a 10% stake in New Solution SRL, where his partners are Gheorghe Cozma (40%) and Romanian nationals Popa Leonard Silvestru andi Puia Florian Tudor (25% each).

Sârbu promised on March 20, 2017, to donate a professional fireworks battery Flower King 36 shots to Valeriu Didencu. He purchased the battery for 1,000 lei and gave it to Didencu two weeks later in return to “speed up […] the inclusion of a draft decision regarding the lease of land plots in the 91 Podgorenilor Street in the agenda of the Chișinău Municipal Council session.” New Solution SRL would be the beneficiary of that decision.

Didencu kept his promise and included the document in the agenda. The Council on April 11, 2017, passed Decision # 3/20-3 that entitled New Solution SRL for the lease of two plots for a ten-year period, with no consequent permission for privatization. The firm had waited for this decision for two years.

During the investigation, the businessman pleaded guilty and expressed remorse, and the court handed down a suspended two-year prison term in a semi-closed penitentiary to him, plus a fine of 75,000 lei (960 US dollars). Mr. Sârbu thus received a two-year probation period instead.

Offer from “ice-cream baron” for the secretary’s daughter

Another businessman to get a sentence was Vasile Drangoi, owner of the ice-cream maker Drancor, which has applied for protection from creditors under the bankruptcy clause. The court found that the businessman visited the Council secretary in his office in early March 2017 and offered services and favors in return for a faster resolution of Drancor’s request to buy a land field from the municipal administration. The field in question is adjacent to the factory premises (78 Burebista Street).

The court also established that Mr. Drangoi had promised to Mr. Didencu to take his as an associate partner in a joint venture for the importation of dairy products. The secretary’s daughter, Evelina Didencu would have been the chief executive manager of the future enterprise. The would-be partners had agreed to share equally both the revenues and the expenses (for purchases of raw materials – 54,000 euros).

The businessman also promised to repair Evelina Didencu’s motor vehicle, which had been hit and damaged in a car accident.

Vasile Drangoi has admitted the wrongdoing and asked to be sentenced based on the findings provided by the police in the first phase of investigations.

The court ordered him to pay a fine of 75,000 lei in compliance with Article 326 of the Criminal Code --- although this article requires a fine of at least 150,000 lei or a three-year imprisonment. The court also decided to give back 2,500 dollars in cash which the police found on Mr. Drangoi during a search and seized as evidence.

Ghenadie Dumanschi is the first of the Chișinău Municipal Council members to get a sentence, on August 4, 2017. Prosecutor Ion Munteanu asked for Dumanschi three years in a semi-closed penitentiary and a fine of 100,000 lei, with a suspended sentence and three-year probation period. The court heard that Mr. Dumanschi had promised 1,500 lei (less than 90 dollars) and Mr. Didencu accepted the cash in return for inclusion of a new topic in the session agenda of the Council. Mr. Dumanschi acted on behalf of businessman Ivan Sîngurean who was seeking the prolongation of a lease contract with the municipal administration for a a field at 4/2 Sargidava Street in the capital. Mr. Sîngurean submitted a formal lease request for that plot in July 2015 but has received no positive settlement for his application. Dumanschi and Didencu had been office neighbors before being convicted. The secretary asked up to 1,500 lei to look for the businessman’s “lost” request and ultimately put the application for debate in the Council, which in turn passed a favorable decision and renewed the contract with Mr.  Sîngurean.

Dumanschi has also admitted the wrongdoing. The court awarded him a suspended one-year prison term and a fine of 100,000 lei. By the time the court issued the verdict, Dumanschi had been in preliminary detention for two months, until July 26, 2017. He was a member of the Council since 2007 on behalf of the Moldovan Liberal Democratic Party (PLDM) and in 2010-11 he served as the chairman of the Council. He quit from the PLDM in March 2017 over what he cited disagreement with the party leadership on a range of issues.

How Lukoil and other gas station operators get their problems solved

Another verdict was handed down on September 9 to Mihai Nebesnâi. He had worked for a long time at the Moldovan subsidiary of the Russian petrol giant Lukoil and represented a-Lukoil affiliate company called Grand Oil. A RISE Moldova investigation has demonstrated that Grand Oil bought and sold many land fields in the Chișinău municipality for construction of gas stations.

In March and April 2017 Nebesnâi visited Valeriu Didencu many times at his office in the City Hall in order to persuade the latter to hurry up with the issue of permits for construction of three gas stations in the capital: one at 23 Spartacus Str., where Lukoil Moldova manager Feyrus Isaev personally owns the plot; another at 116 Ismail Str., where land is owned by the state-run tobacco company Tutun-CTC; and the third at 3 Dimo Str.

The court found that the City Hall specialists had prepared the required documentation that would have given green light to the construction project, but Mr. Didencu had refused to let the topic enter the public debate in the Municipal Council. Nebesnâi tried to have the matter solved as soon as possible. Didencu then went straight forward by saying that he wanted a reward for his efforts without naming the price and Nebesnâi offered him 2,000 dollars in return for the secretary’s signature on all three gas stations’ designs. The businessman handed an envelope with cash the same day, in the City Hall premises, the court learned. It took a while but the matter finally got solved.

The requests for which the solicitors offered money had been waiting for resolution since 2008, it comes out from the court documents.

Nebesnâi was declared guilty for active corruption and he was ordered to pay a fine of 90,000 lei. The judge explained to the convict that he could pay half of this amount in 72 hours and the entire fine would be considered paid off in compliance with the legislation in effect.

The now ex-secretary of the Municipal Council received his verdict on October 9, 2017. Valeriu Didencu, who quit from office during the investigation, is the central piece of all these allegations on corruption. The list of bribes is quite long – from fireworks and repairs of his daughter’s car to cash of hundreds and thousands of dollars and euros from various persons. He asked or accepted the bribes in return for his influence over the agenda of the Council sessions.

Valentin Didencu was found guilty on seven counts of charges. Nonetheless he qualified for only two years in prison, a five-year ban for public jobs, and 155,000 lei in fines --- this sentenced being reduced by the judge down to a one-year probation only.

The cash that was found at his home during the search – 118,000 lei and 2,300 euros – which Mr. Didencu could not prove as his own, and the illegal gifts he had received from business people have been all seized and confiscated.

Socialist councilor Oleg Onișcenco was sentenced on October 16, 2017. During the arrest he tried to get away. The court materials show that he had pressured on Didencu to speed up the renewal of a lease contract for 1.18 hectares at Nicolae Testimițeanu Street for another five years. Trevis SRL, which is controlled by brothers Leonid and Alexandr Kilovatîi, was the beneficiary of that contract.

Mr. Onișcenco also defended the interests of Fibexmol SRL, another private entity that sought to expand the field of a gas station at 24 Trandafirilor Street, which operated under the Rompetrol brand. An investigation conducted by Anticoruptie.md reveals that Fibexmol had absorbed the field around the gas station in the Trandafirilor Valley Park, piece by piece, with a permissive attitude of the municipal authorities. This firm was registed in November 2010 by Antonin Spînu and Nicolae Boghiu and is based in Mileștii Mici, Ialoveni District.

The court sentenced Oleg Onișcenco to two years in prison and a fine of 100,000 lei, plus a three-year ban on public jobs. But he won’t spend a day in prison, because the court suspended the enforcement of its ruling with a two-year probation.