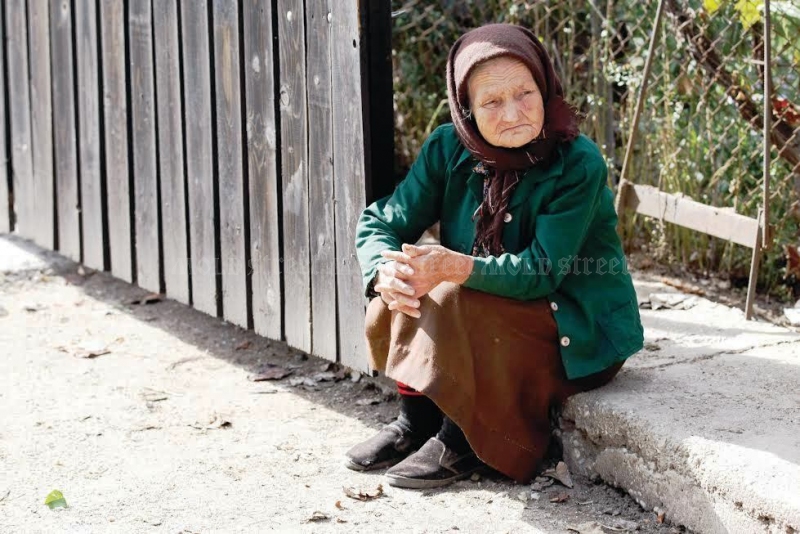 90% of pensions in Moldova are lower than the minimum existence basket,. 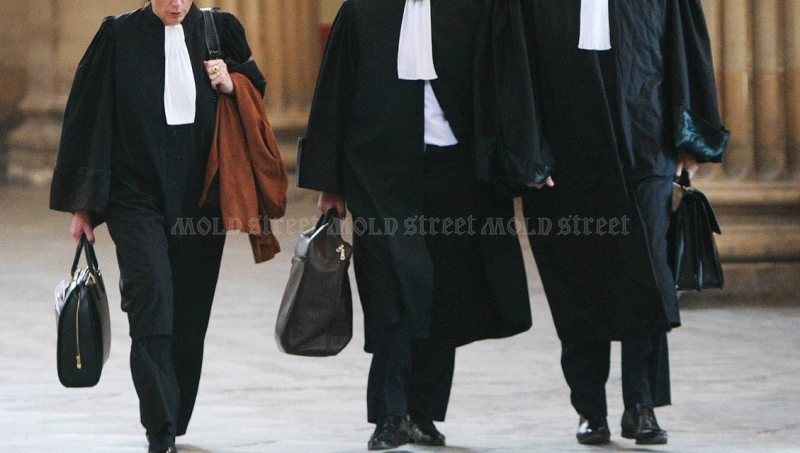 Magistrates receive the highest pensions and want to retire earlier.

BNS
A year ago the Parliament passed a law that kicked off a pension system reform, but there’s been little activity on that side and it turns out that the Government – and legislators – already need to update the document.

The main objective of the reform, the document says, is to guarantee a decent living for retirees, rather than just offer a minimum support for survival. Therefore, the system must be as sustainable as it can be and the benefits should be adequate.

The pension system in Moldova isn’t really capable of guaranteeing a decent living and it isn’t sustainable either. Until December 2016, when the reform received green light in the Parliament, the pension system was largely unfair and not sustainable at all. The ratio of taxpayers and retirees was 1.1 : 1.0 and most retired elderly (92%) had received less than 1,500 lei (75 euros) a month. The average pension size in Moldova is 25% of average wages, Martin Hutsebaut, a Belgian expert, found in an analytical paper “Reform of the pension system in the Republic of Moldova: recommendations for improvement of the legal framework.”

“The low official employment and high informal labor, small wages and informal remuneration, as well as the dramatic low confidence in the state institutions and in the pension system are the main reasons of these problems,” the specialist reckons.

To address those problems, on December 16, 2016, the Moldovan parliament passed Law #290 to update the existing legal retirement framework.

Bad sides and good sides of the reform

Martin Hutsebaut named the components of the reform such as a) Adopting a new - more transparent - formula for calculation of pensions; b) Ensuring parity between payers and beneficiaries, and equality between men and women; c) Increasing the mandatory taxation period [up to 34 years] and raising the retirement age [63]; d) Providing for the possibility of early retirement; e) and Working out a new indexation formula. The new law, he stressed, does not meet the expectations of the working class and contains numerous flaws. The pension system reform can never reach a finite version, it’s a “continuous working,” the expert added.

The biggest challenge for the authorities is to find solutions that would increase the official employment basis and reduce severely the size of the informal economy. 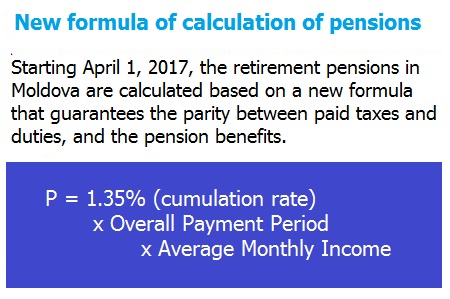 The Belgian expert suggests the modification of several articles, in particular those about the retirement of employees working in hardship and harmful conditions; the inclusion of the time consumed to look after elderly parents over the age of 75 in the taxation period; the indexation of pensions each time inflation grows over 2%; the diversification of social allowances depending on the duration of the contributory period; the extension of the rights to heir’s pension; the payment of a larger pension for the work after retirement, given that employed pensioners continue to pay taxes.

Sergiu Sainciuc, deputy chairman of the Moldovan National Confederation of Trade Unions (CNSM), has said that although the unionist leaders have been involved in the workings on the pensions system reform – and proposed a different concept of the reform – the final draft still needs changes.

“We maintain objections regarding the retirement age, in particular the plan to increase the reqirement age for women. We are glad with the clause on early pensions, which has been applied in the case of more than 2,000 men. However, it’s sad that the government cancelled the early pension for employees working in harmful conditions. The authorities have been cautioned about this aspect and we expect to find a solution. We also asked the authorities to update the trade unions about the reform’s progress so that we prepare timely feedback for its successful implementation,” Mr. Sainciuc stated.

Who seeks to dump the reform

The Belgian expert meanwhile found that certain public employees who would miss a part of their earlier retirement privileges were waging hostile actions that put the reform in jeopardy. It is the case of magistrates who want to retire earlier the the rest of public employees, under special conditions.

The Constitutional Court’s latest over-ruling of the changes to the status of judges, who have been obliged to retire under the general conditions, is counterproductive and may become a precedent for other categories of employees, dumping for good the reform itself, the specialist noted. Certain categories of functionaries, police, military, pilots and prosecutors still keep similar privileges, in spite of a promise made by the minister of labor, social protection and family - Stela Grigoraș - to watch out for transparency and fairness in the pensions system.

Martin Hutsebaut recommends an assessment of the reform after two years of implementation. The government might be required to increase the allowances as long as the efforts to curtail the informal economy remained below the expected targets. Such decisions as increasing the minimum wage and reforming the taxation system would be useful to back up the pension reform.

A law that discriminates

Think tank specialists and trade union leaders have spotted discriminatory clauses in the new reform. Pensions are recalculated only for retirees who have formally withdrew from active service after April 1, 2017, but continue to work. Those who retired before that date are not entitled to recalculation and capitalization of their retirement benefits.

They recommend applying, ideally, the new principle of annual re-calculation of benefits for all pensioners, both older and younger. The same should be done with the capitalization of pensions, which is desired to be a retroactive action, because the pensioners who retired by January 1999 have never benefited from capitalization. Such a move would increase both the pensions and the incentives to report the wages in full, says Martin Hutsebaut.

Whatever the experts think, the authorities have shown no sign that the pension reform will be up updated, although the academic environment has trumpeted the near collapse of the social benefits system because of the abrupt decline in the number of tax-payers. The ratio of contributors and beneficiaries has approached 1:1 while a feasible system needs at least four tax-payers to one pensioner.