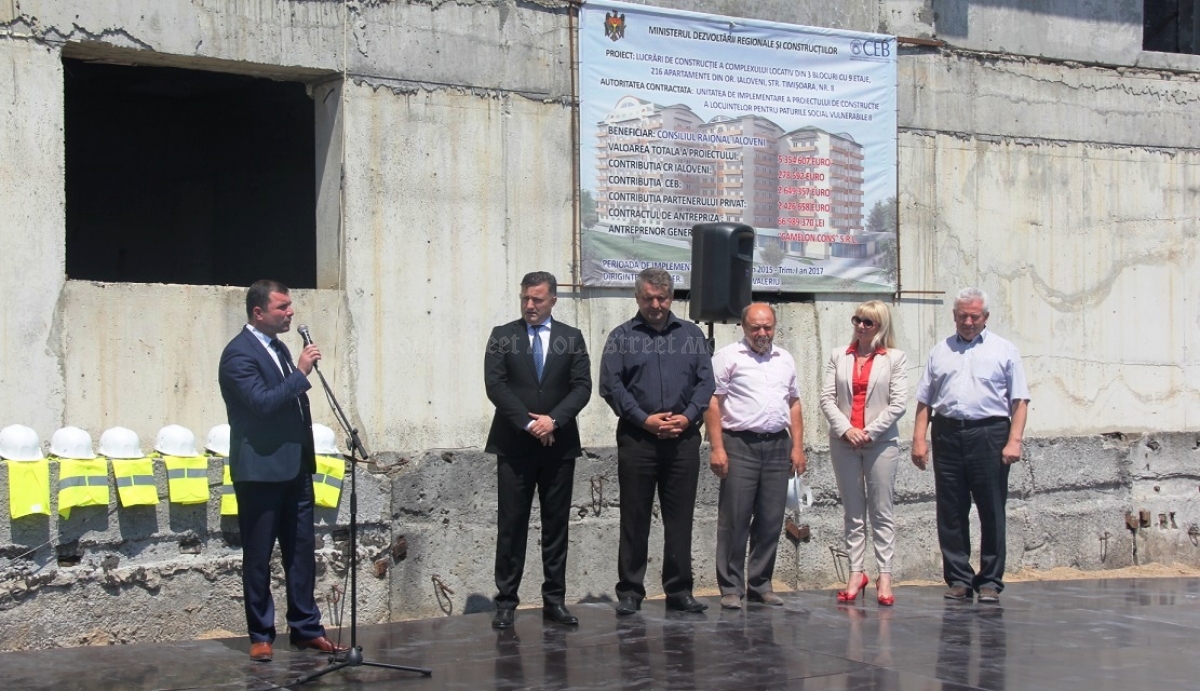 Social residences project on the brink of failure 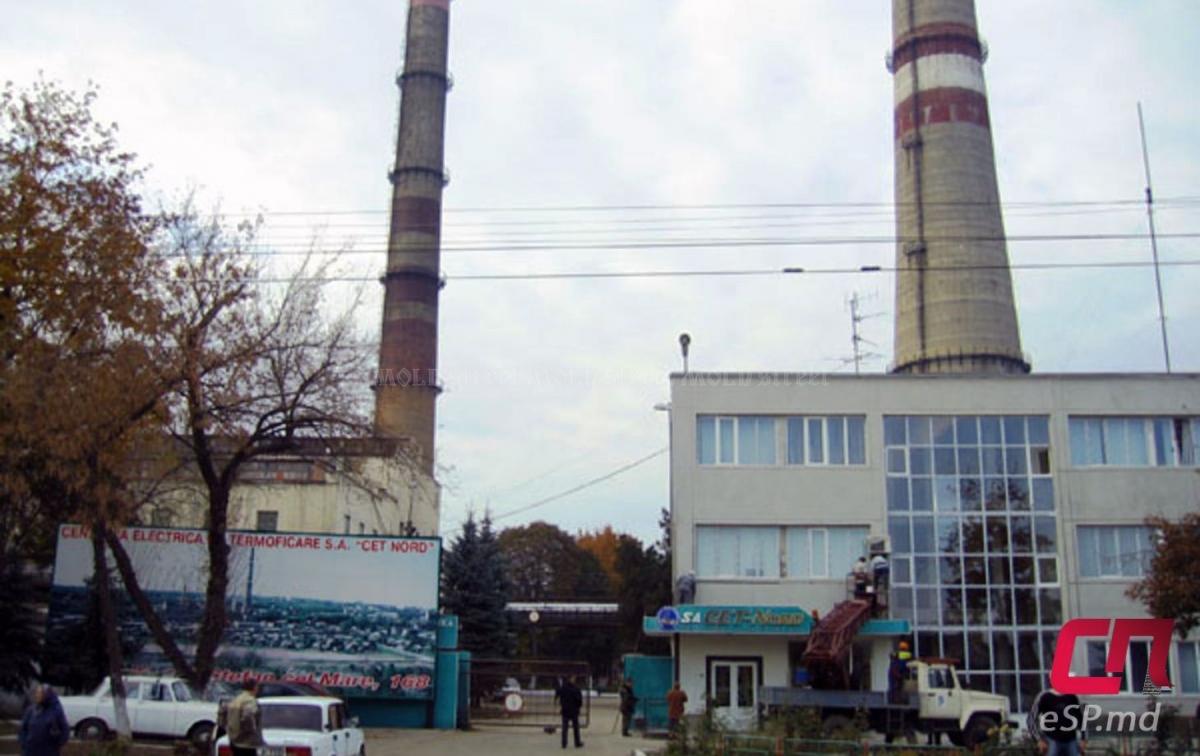 Modernization of the heating system in Bălți postponed 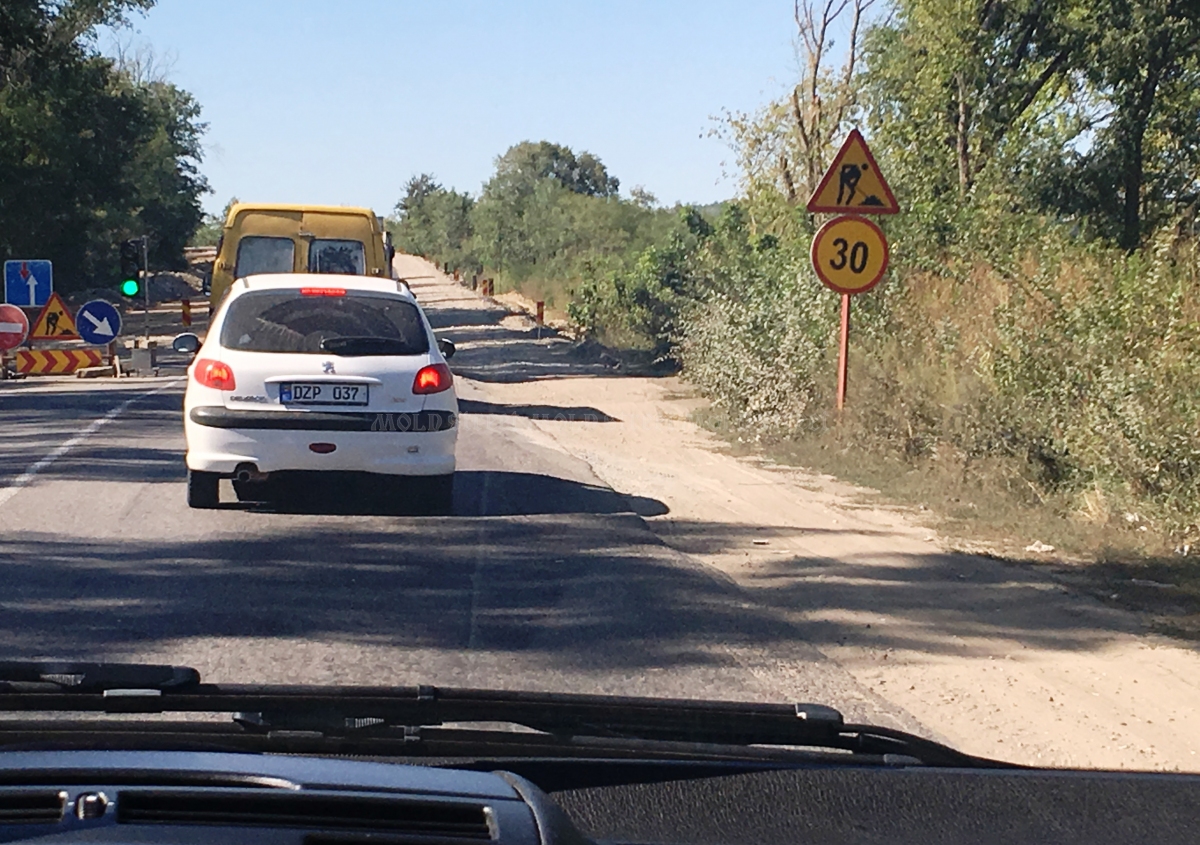 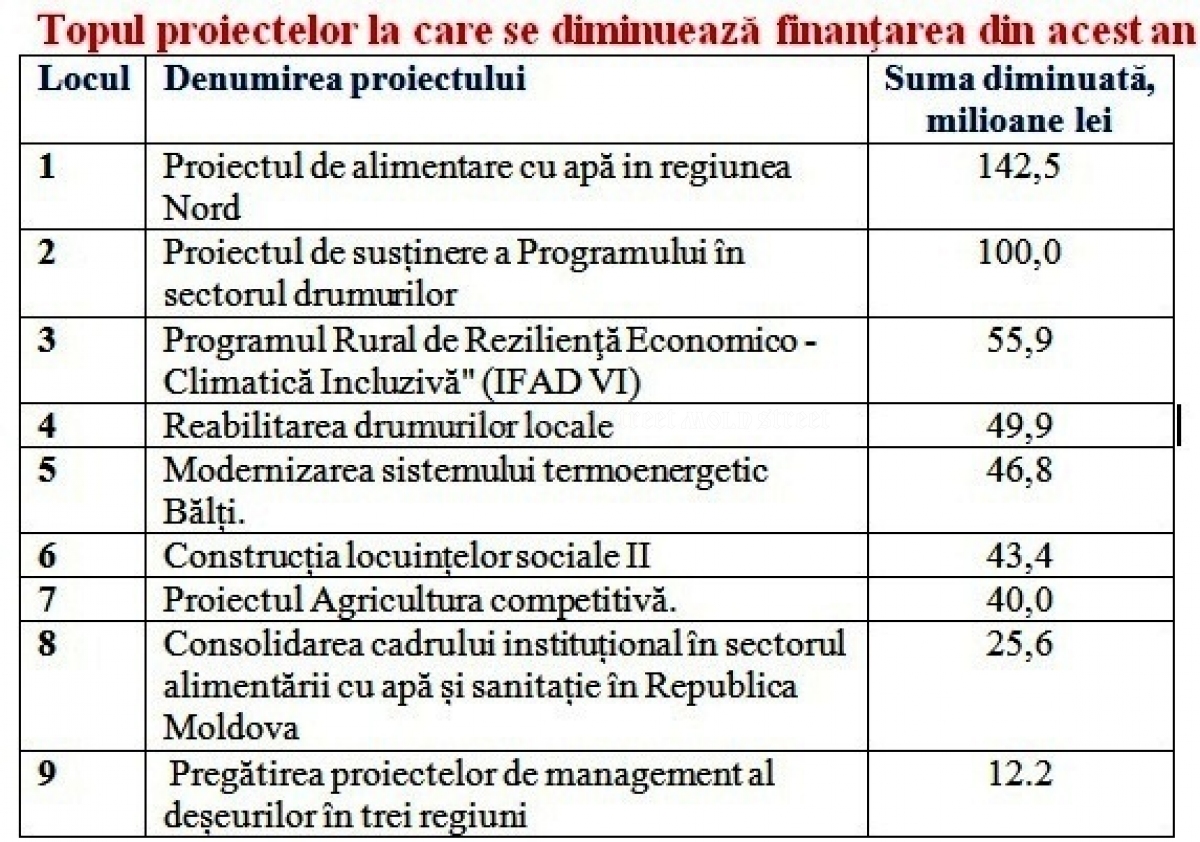 List of projects that get funding hacks this year

Cash fraud and failure to comply with agreements

"This [decision] mirrors the trend of implementation of internationally-funded projects in the eight months of year 2017, which determined a revision of expected financing by the end of the year," the Finance Ministry explains in a note accompanying a draft amendment to the 2017 public budget.  Another reason, it continued, is that “some beneficiaries of funding for those projects” misused the resources and breached the funding agreements.

Representatives of the projects and institutions concerned have denied any fraud schemes.

The Finance Ministry meanwhile has come forward with a list of projects that suffer funding reduction this year, and Mold-Street has analyzed in detail some of these.

No modern water supply system for the north

A much wanted project envisaging the implementation of a modern water supply system in northern Moldova will receive nothing; it was assessed at 142.5 million lei and expected to complete by January next year. The Finance Ministry note reads that the money had been allocated via the government-controlled regional development fund but then it was used for other purposes while the international resources remained blocked due to failures to comply with agreements.

Given that the total cost of the project is almost 20 million euros (around 415 million lei), almost one third of the budget will be unavailable.

The water supply project was first announced six years ago and was expected connect the municipality of Bălți and six districts in northern Moldova (Soroca, Florești, Drochia, Rîșcani, Sîngerei, and Telenești) to a modern supply system. The investment would have resulted in the rehabilitation of the Soroca-Bălți aqueduct and other major network pipes and connections, reducing thus the water losses and the consumption of energy for services.

The Moldovan government waited for the money in 2014 till 2018, in equal quotas of 10 million euros from the European Bank for Reconstruction and Development (EBRD) and the European Investment Bank (EIB). Disbursement however has been difficult because of bureaucratic tricks in Chisinau and frictions between the central and local public authorities. Not last, some service providers selected as beneficiaries in this project had been reported as being involved in various schemes and embezzlement.

The second major project to lose the funding is the road rehabilitation program which both the EBRD and the EIB had pledged to support. The government will be unable to find 100 million lei for its implementation, which costs almost 680 million lei.

The budget of this project will be 15% shorter than planned.

A governmental board for supervision of the project, led by Prime Minister Pavel Filip, announced in April 2017 that a part of service providers had failed to carry out their obligations properly and that the rehabilitation process was very slow. The board recommended that the failing contracts be cancelled and the cabinet did so.

„I regret that such a situation has occurred, that so much time has been wasted and that the roads have remained undone. We’ll be more cautious in the future,” Mr. Filip was quoted as saying.

No is the Local Roads Rehabilitation Project doing better – the World Bank had pledged 80 million US dollars over the next years for its implementation. This year the spending will be almost 50 million lei shorter than planned.

The Rural Program of Inclusive Economic-Climate Resilience (IFAD-VI) is on the third spot. Its budget will be almost 56 million lei shorter – an amount that covers 78% of the spending for 2017. Launched in 2014, this project is expected to complete in 2020. It is a nationwide initiative and is being implemented in all settlements of Moldova, except for the cities of Chisinau and Bălți, as well as the Gagauzian and Transnistrian regions.

Beneficiaries of this project received grants for investments that increased the adaptability of agribusinesses to climate changes and for development of sustainable value chains in a variety of sectors – beekeeping, vegetable growing, and table grape production.

Modernization of the heating system in Bălți adjourned

This project with a budget of 46.8 million lei for 2017 will receive not one penny and the modernization of the heating system in the municipality of Bălți has been adjourned. With a total cost of 10 million euros, of which 3 million was a grant from the Eastern European Partnership for Energy Efficiency and Environment Fund and 7 million was an EBRD investment under milder conditions (15 years repayment, 3 year grace period, and a Libor +1-2% margin interest).

Călin Negură, head of the Energy Department at the Ministry of Economy and Infrastructure, dismisses any suspicions of frauds and says that technical problems need to be considered.

"This project as far as I know needed to be completed by the end of this year, but it looks like none of its four component would be accomplished in this budgetary year 2017, given the withhold of cash by the funding parties and late coordination of technical documentation," Călin Negură told Mold-Street.

Another project hit by the shortage of funds is the Social Residences Construction II program: it will receive 43.2 million lei less this year.

According to the Ministry of Agriculture, Regional Development and Environment, social residences in Moldova are built with a support of the Council of Europe’s Development Bank (13.4 million euros for 20 years) and with 7 million euros in contributions from the Moldovan government.

The second phase of this project is expected to complete by the end of 2018, when around 700 social residences need to be ready for new tenants in eight districts.

The project’s manager, Iunona Lungul, explains that the district of Ialoveni will suffer a setback in the Social Residences Construction II program – instead of 94 apartments for socially-vulnerable families, just 30 will be built.

The price of residences is 700-900 euros per one square meter, which is more expensive than in the capital, Chișinău (500-700 euros). That’s because the social apartments are endowed with sanitary units, natural gas stove, autonomous heating systems including electric boilers, insulating windows, painted interior walls and ceilings, and laminated floors.

The Competitive Agriculture Project (CAP), funded by the World Bank, will have its budget for 2017 cut down by 40 million lei and many of its activities will be late.

Liviu Gumovschi, executive director of the CAP Implementation Unit, says the setback is due to the construction of a regional laboratory in Cahul, which will begin in late December, rather than August this year.

"The money will be spent next year, not this one, and it will be used to purchase equipment for the regional laboratory in Bălți," he stated. Seventy-five per cent of the total budget of 45 million dollars has been already released and the project still have two more years to go.

Some lose, some win

Mind that these are not all the projects to see their budgets reduced this year. A project that aims at the consolidation of the institutional framework in the water supply and sanitation sector of Moldova, for example, won’t get 25.6 million lei.

The Finance Ministry explains the 92-million-leu shortcoming from international sources in the education system with the low capacity of absorption of funds, however it has not elaborated on this subject.