What Should Foreign Investors Expect from Moldova in 2018? 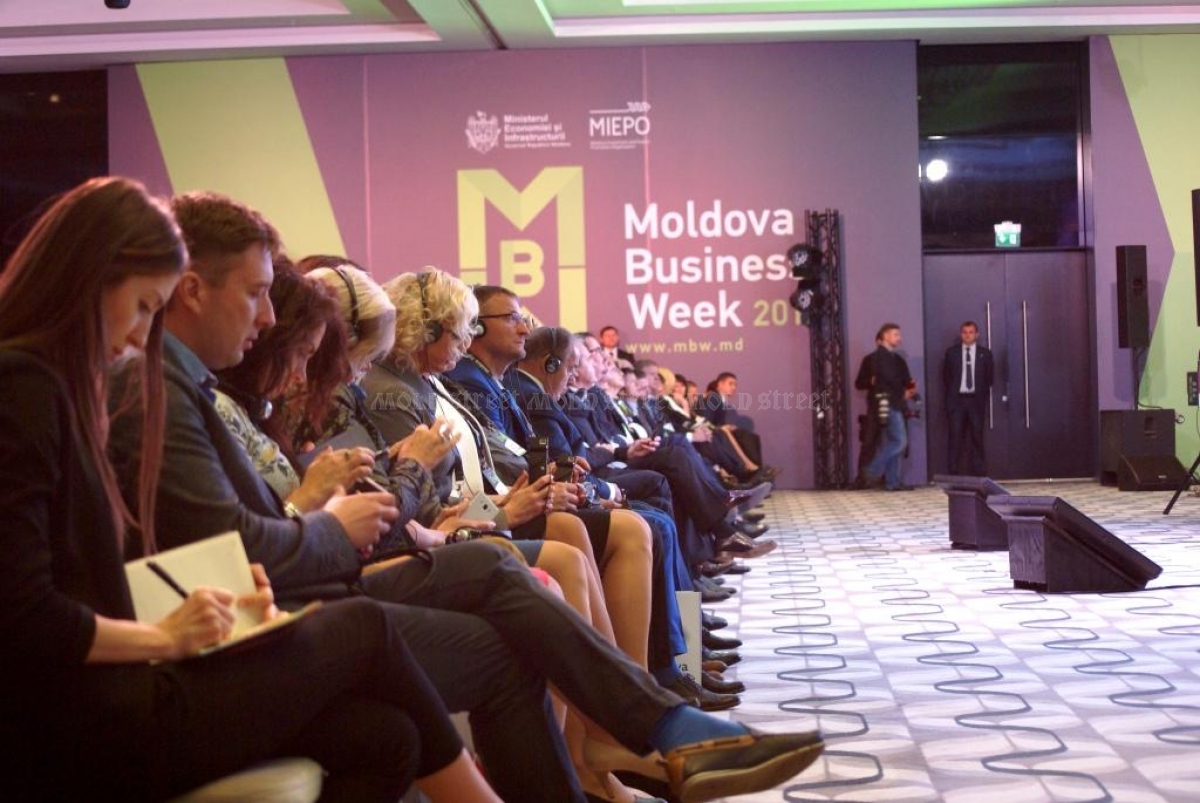 Face to Face: Moldovan Government reports to foreign investor what were successes and failures.

BNS - publicitate
After an agitated year from a point of view of reforms, whose results were communicated at Moldova Business Week 2017, an international economic event held by the Ministry of Economy and Infrastructure and the Moldovan Investment Attraction and Export Promotion Organization (MIEPO) on 3-6 October, the Chișinău Government has announced that in 2018 it will prepare a generous offer for foreign investors who would like to do business on Moldovan soil.

The changes that are expected to complete by the end of this year and measures in next year’s implementation list include a number of structural reforms and legislative & regulatory adjustments in several important sectors for Moldovan economy. Mold-Street.com has selected those that should matter most of all.

One of the measures is transition to a system of Vocational Education and Training (VET), which reduces theory learning to just 30% of time at an institution of special secondary education (pre-university) and allocates 70% of time to practical learning.

According to Viorelia Moldovan-Bătrânac, advisor to the prime minister, students in special secondary institutions will be able to study and work simultaneously during an internship at an enterprise corresponding to their area of specialization, where they will receive a monthly allowance from their temporary employer. They will receive consultancy from a trainer assigned by the company and will be able to operate real hardware and equipment used in ordinary production. This fact, she underlined, will enhance the attractiveness of professional training and will improve the skill of future specialists.

This ”dual” has been piloted in Moldova since 2014 and is based on the experience of Western countries including Germany and Romania. By the end of 2017 the Moldovan authorities will eliminate the functional and legislative barriers in the way of the “dual” system and will upgrade VET to national education standard, the official assured. 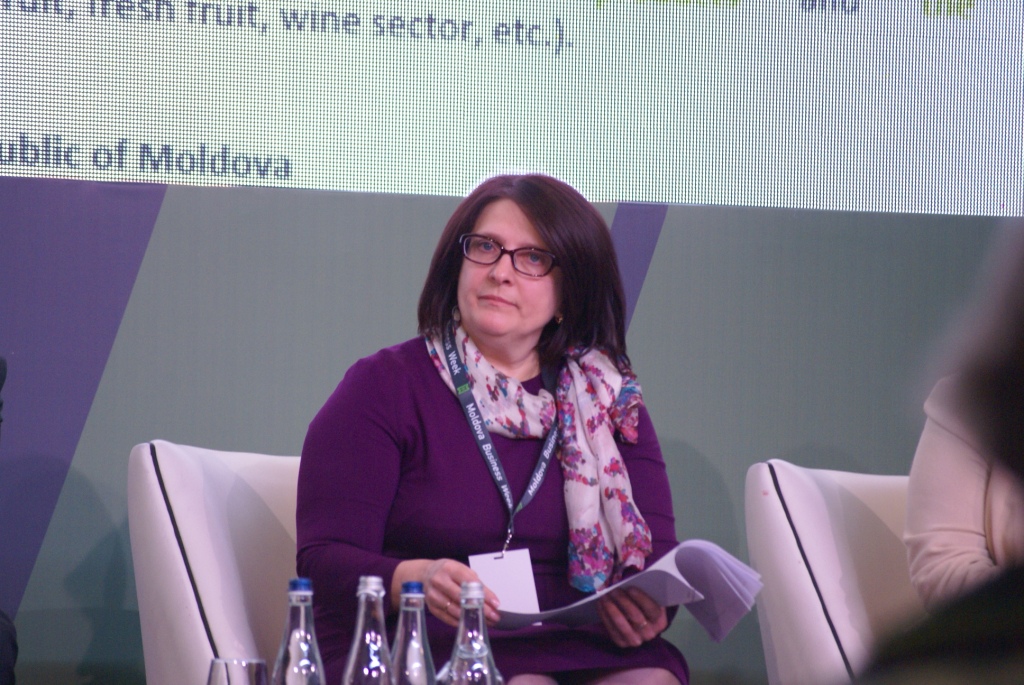 For the first time in its history Moldova will offer subsidies for jobs. Starting next year, entrepreneurs will receive 40,000 lei for every new job, on a number of conditions to qualify: they need to hire at least 100 persons; they need to be debt free in relations with the Moldovan state; they need to preserve the average wage at minimum 75% of the national average wage (6,000 lei according to official figures); and they need to keep the newly-hired workers and the average wage at the initial level for three consecutive years. Moldova’s Deputy Premier and Minister of Economy and Infrastructure, Octavian Calmîc promised that this initiative would be discussed in the executive in a near future.

The Government will also simplify the procedures for the issue of work permits to foreign workers and will reduce the number of those procedures, a move that will enable foreign investors to bring labor – both workers and specialists – from their mother countries or elsewhere. The validity of permits might be extended and validity extension might become a simple formality.

Deputy Premier Calmîc stated at Moldova Business Week that in 2018 the central public authorities would be focused specifically on infrastructure development. He named three sectors where the Government will flag as a priority for development projects: 1) Virtual IT parks, ”which carry a huge potential for growth and is well regulated”, 2) Transportation infrastructure, ”where we have the money and are waiting for credible private partners”, 3) Energy sector, ”which needs to be inter-connected with the European energy system, via Romania, both for natural gas supplies and for electricity supply.” 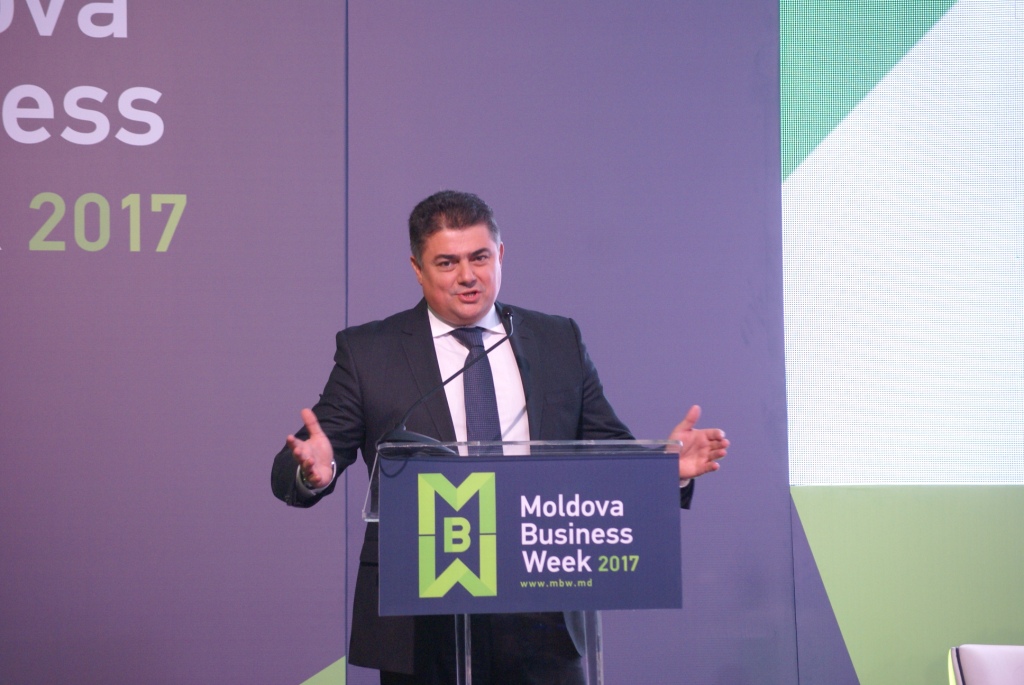 4. Euro as a reference currency

The National Bank of Moldova (BNM) has set up a taskforce that is presently exploring the possibility of adopting the common European currency as a reference currency in Moldova.

BNM Governor Sergiu Cioclea explained that the largest part of foreign investors in Moldova came from the European Union and used mainly euro for operations with businesses in the host country and for transfers abroad. Moreover, their revenues from exports are also counted in euros (65%), but they are highly exposed to volatility, Mr. Cioclea said.

Acceptance of euro as a reference country instead of American dollar would reduce the volatility toward euro but would also bring about a number of problems for the central bank, all the more that the prices for energy resources continue to be fixed in US dollars and many debts are structured in USD too. The proposal to upgrade euro to the status of reference currency – either in a common basket with other currencies or separately – has been submitted to the monitoring team of the International Monetary Fund, and a final decision might be communicated in early 2018, Sergiu Cioclea specified.

The central bank governor also reviewed the positive achievements as a result of the financial-banking reform including the goals upon which Moldova had reached agreement with the international partners: consolidation of the good governance in domestic banks; identification of credible shareholders for problematic banks; and restoring confidence in the domestic banking system.

He assured that BNM continued to closely oversee the events in this sector and excluded any repetition of frauds of the kind that happened back in 2014. 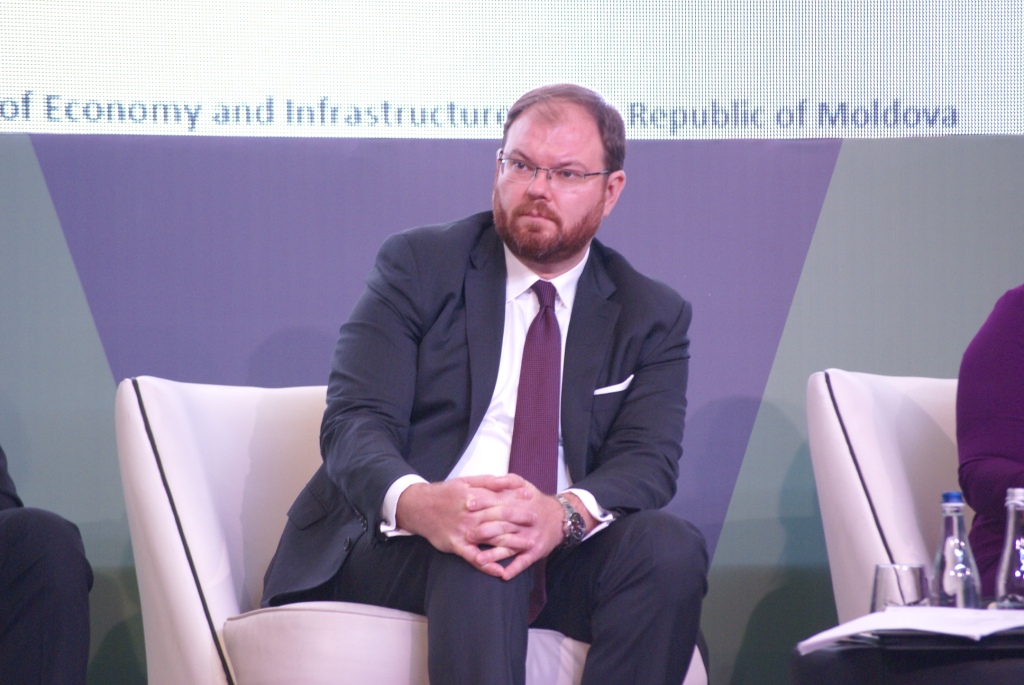 Central bank Governor Sergiu Cioclea assured that the banking sector is under control.

In the same context it’s important to highlight that the Moldovan Parliament is considering a legislation that would allow foreigners to obtain Moldovan citizenship in return for a 100,000-euro donation to the Moldovan Sustainable Development Fund of an investment of minimum 250,000 euros in one of strategic areas during five years. A number of conditions apply.

Although the initiative of rapid naturalization has attracted a wave of criticism on Moldovan authorities, the latter gave assurance that the law would gain support, though some changes would be made in order to diminish negative reactions.

The authorities also promise less permissive acts, less reports, and fewer inspections. As part of the economic regulatory reform, the Government has already eliminated more than 100 permissive acts and targets to hack another 165 licenses, authorizations, and certificates. Out of more than 400 acts of permissive nature just 150 would remain.

A good news in this regard is the fact that a number of conditions related to construction have been abolished as business people complain of major challenges in the way of development because of tough regulations on construction.

At the same time, the Government vows to discontinue inspection competences in 18 out of 67 agencies while turning the remaining inspections into planned, predictable, and transparency activities. This initiative has passed the phase of debate and is expected to take the form of a new legislation, said Vitalie Iurcu, deputy minister of economy and infrastructure, at the Moldovan-Italian Business Forum which MIEPO has organized.

As for the statistical reporting, the Government will constitute a single report template for all registered entities instead of five different report templates that are being currently submitted to various agencies. The single report will cumulate all the information from the five existing ones but will be 40% shorter. It will be received by the State Fiscal Inspection.

The elimination of duplicate information, the interaction of companies with a sole public institution, and the submission of the single report on the same day (25th of month) shall diminish the administrative costs of businesses and shall reduce informal payments, Moldovan officials promise. 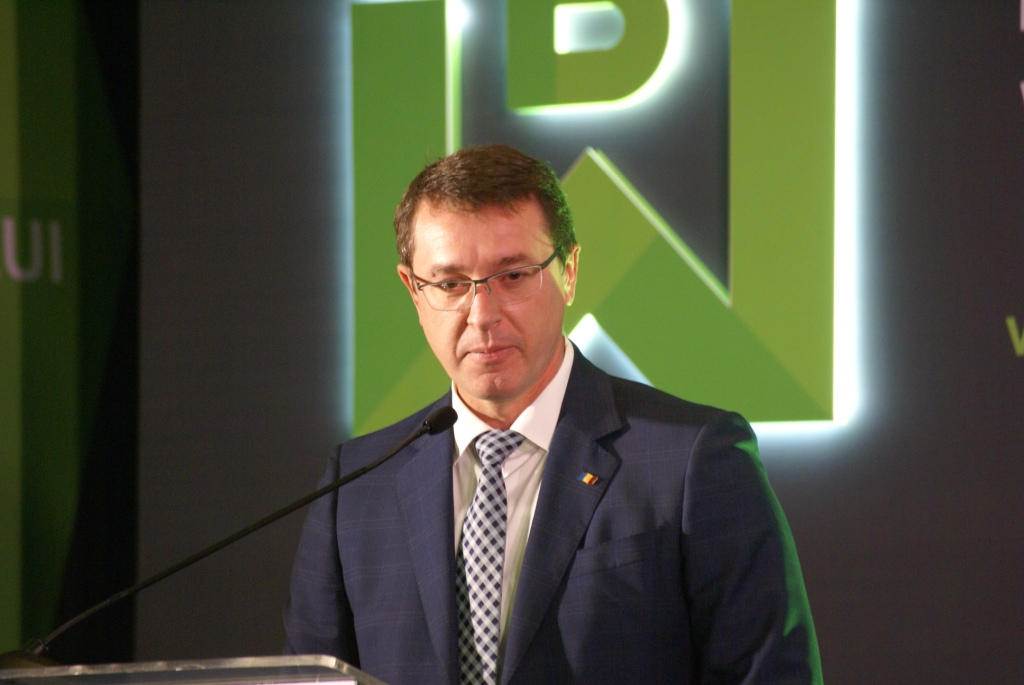 Deputy minister Iurcu has invited foreign investors to participate in the round of privatization which Moldova will hold next year. The Government will sell state-controlled shares in 113 assets, of which 44 ar ejoint-stock companies, 56 are state-run enterprises, 11 are building complexes and real estate.

Some of these assets are strategic for the national economy: communications (Moldtelecom), civil aviation (Air Moldova), energy (RED-Nord and RED-Nord-Vest power grids, which are being in a merger process right now, and FEE-Nord power supplier).

The financial offer is interesting too. The Government has pledged to identify strategic investors and facilitate negotiations regarding the sellout of substantial shares in Agroindbank and Moldindconbank, two of the largest commercial banks in Moldova. 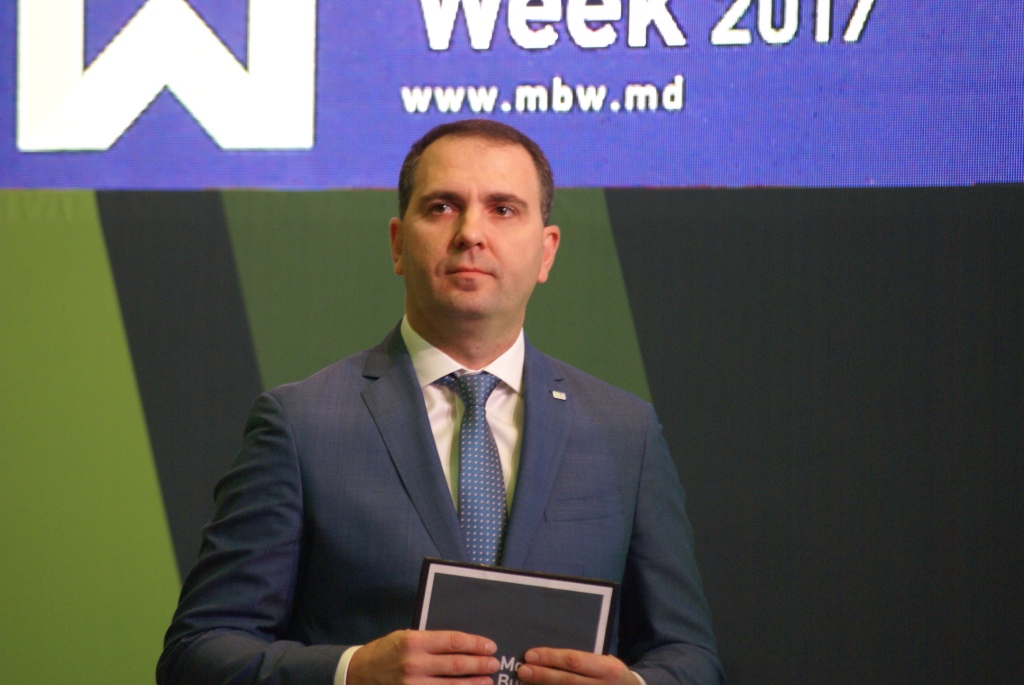 11. Continuation of the Government Reformation

An extensive reform of the central public administration launched in 2017 and as a result of it the number of ministries of the Government dropped from 16 to 9 only. The curtailment and squeezing of bureaucracy aims at optimizing the public expenses and at increasing the quality of public services.

Following the re-shaping of the governmental architecture, 30% of posts will be dissolved and the remaining ones will be subject to open competition. In the upcoming three months reorganization will also knock at the doors of the autonomous authorities of the central public administration, including the State Fiscal Inspection. This reform will continue throughout next year.

Vitalie Zaharia, general director of MIEPO, presented the supporting instruments which the MIEPO team uses in assisting interested companies seeking to invest in Moldova and local firms seeking to export their goods in international markets.

”Our organization provides for assistance based on the principle "ONE STOP SHOP“ to investors and exporters alike, sharing all necessary information to achieve their business goals. Starting from consultancy on project kickstarts, study tours, legislation, database of local suppliers, feasibility studies, identification of plant location, till post-investment assistance. I hope that today’s event will lay down a foundation for new business projects in our country,” Vitalie Zaharia stated.

MIEPO - the government’s agency that manages the support and guidance activities for foreign investors, provides information and logistic assistance to start-ups in Moldova - will be reorganized too. It will adopt the One-Stop-Shop practice and will become an active player of Moldova’s new ”economic diplomacy”, according to the organization’s chief.