Magic of Numbers or How Authorities and Politicians Manipulate 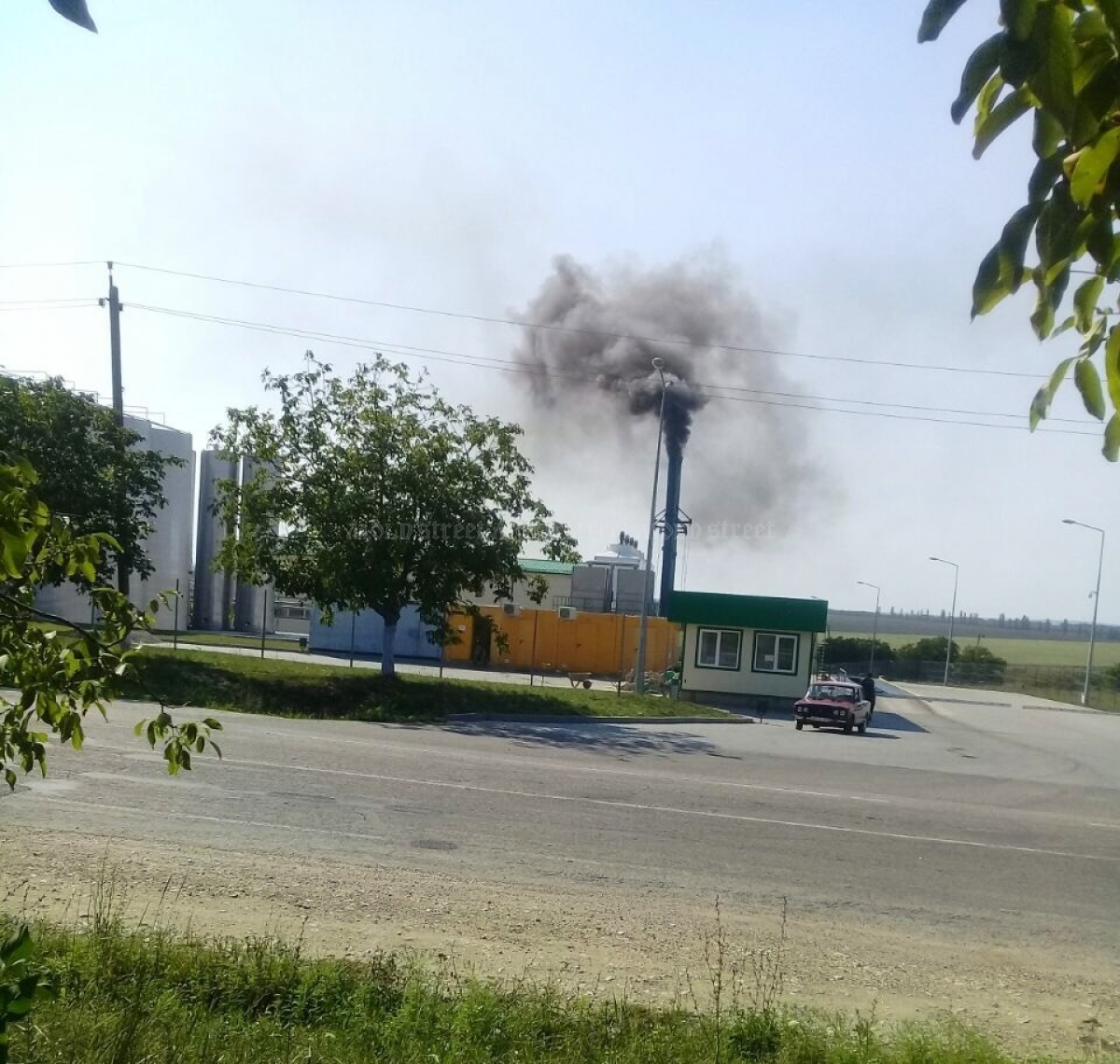 TB Fruit, a resident of the Edinet industrial park, pollutes the environment. 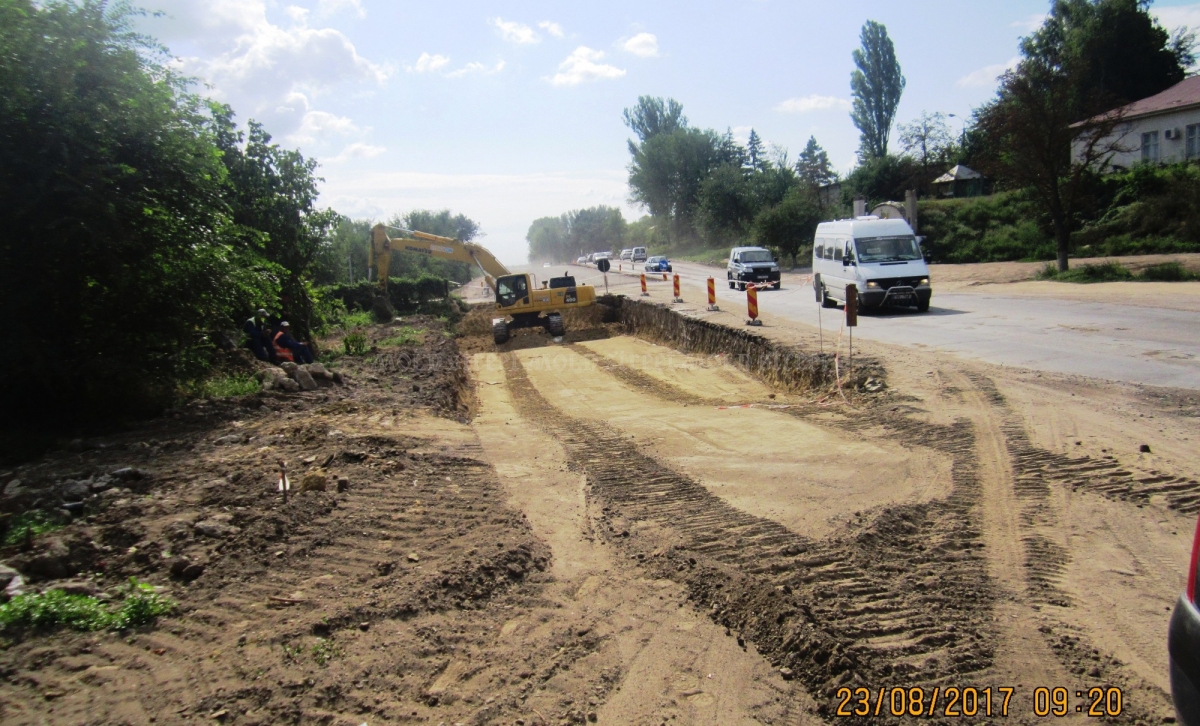 Rehabilitation of the Chisinau-Ungheni-Sculeni motor way. 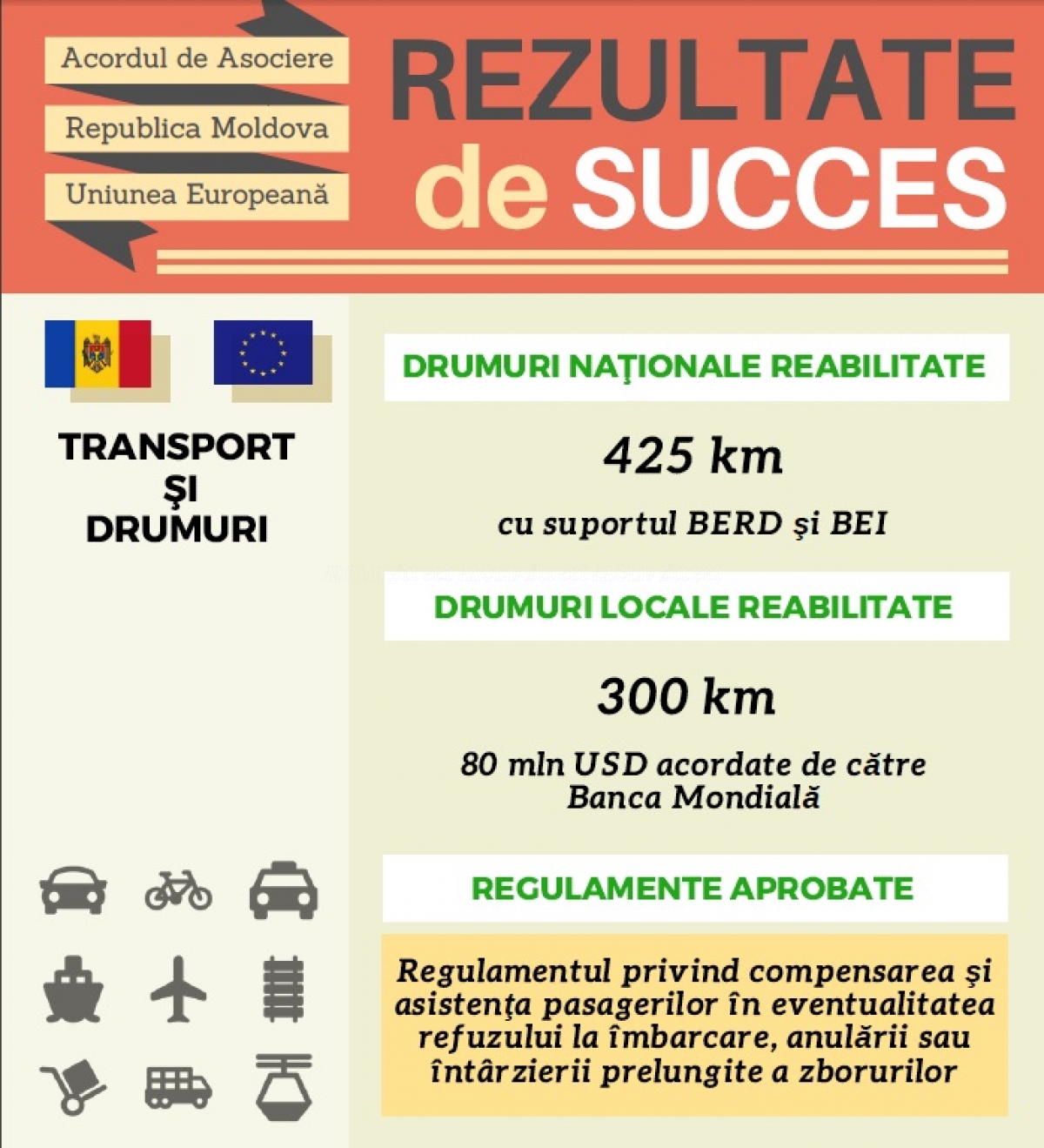 A presentation of successes in the view of the Ministry of Foreign Affairs and European Integration. 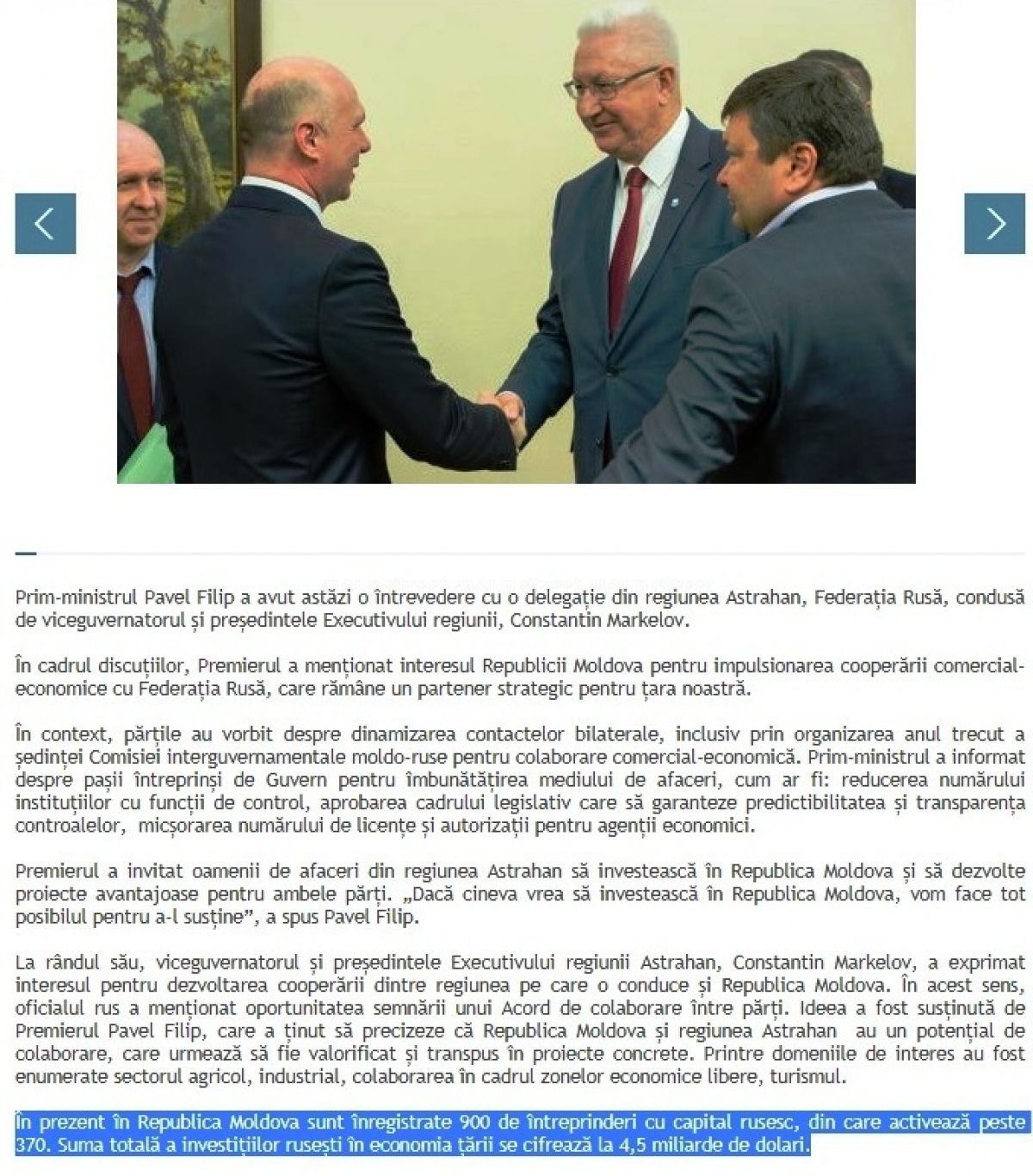 BNS
The public is daily bombarded with plenty of numbers and financial reports – from press releases issued by various authorities to analytical features from experts.

Many of these data are erroneous while journalists and even entire editorial staffs let get fooled without a single piece of remorse.

This piece of text is an attempt to analyze some of these data and to show that it’s very easy to ruin false numbers and to expose what is not true.

The Greek philosopher and mathematician Pythagoras and his followers believed that numbers expressed both quantitative and qualitative relationships. Moreover, he attributed magic properties to the numbers. While this belief is true or not, we don’t care, but it looks like for many of us the numbers play a magic effect and more often they produce a negative impact.

The public authorities and ruling political parties are most likely to boast with figures, getting used to prove a good performance. These frequently use numbers without any business in order to exhibit their success. The opposition, on the contrary, uses numbers to demonstrate the government’s disability to keep the country on good pace.

Foreign Affairs Ministry and a road piled with holes

Let’s take for example one of the latest press releases issued by the Moldovan Ministry of Foreign Affairs and European Integration. It reviews 10 counts of successful implementation of the Association Agreement with the European Union. It states that thanks to the support of the European Bank for Reconstruction and Development and of the European Investment Bank, Moldova has managed to rehabilitate 425 kilometers of national motor ways.

The reality is that these motor ways indeed were in the do-list for rehabilitation but the bank fraud in 2014, total corruption, poor organizational skills, and institutional weaknesses have delayed some of these projects for more than four years. Only in 2018-2019 these projects are expected to complete.

In the same release, the authority claims that as many as 300 kilometers of local roads have been repaired thanks to a loan from the World Bank. On the other hand, a report published by a former transportation ministry suggests that in the case of four roads repairs have yet to start in 2017.

Who needed this sort of disinformation? Foreign Minister Andrei Galbur or perhaps Prime Minister Pavel Filip? Or perhaps we’ll blame the Ministry of Foreign Affairs and European Integration for lack of specialists. Certainly the Ministry of Economy and Infrastructure does have accurate information in this regard.

Smoke getting out of industrial parks

Nor is the Ministry of Economy and Infrastructure (MEI) sinless. Sometimes it shares doubtful information. Take for example a press release it published on September 1, 2017, which claimed that foreign direct investments in Moldova increased by 24% in the first half of this year. When Mold-Street asked for clarifications from the ministerial press service about the figures, the information was promptly updated – the figure envisaged the first quarter only.

It wasn’t the only time MEI shares questionable messages. For example, it announced that the ten industrial parks Moldova has attracted 53.4 million lei in investments during the first half of 2017; overall investments in those parks amounted to more than 1.1 billion lei in the past six years.

So we wonder: How much did they attract during the first half of 2016? The answer is necessary in order to see whether they performed better or worse. The same authority said in May 2016 that by the end of March 2016 the parks reported around 1 billion lei in investments.

The basis for comparison can be deduced from another press release, from which one can learn that overall investments in Moldovan industrial parks represent less than 1% percent of total investments in the economy of the ex-Soviet state in the first half of this year. Although the authorities give them a great deal of importance, in fact they have a minor impact.

The Government, as the cabinet of ministers is called often as a collective body, too disseminates unverified information. It published a press release on the official website Gov.md on March 2017 claiming that 900 companies with Russian capital have invested around 4.5 billion dollars in Moldova. But no one would ever find these figures at the National Bank of Moldova, or at MEI, or in official Russian statistics.

The central bank’s accounts show that as of December 30, 2016, the balance of foreign direct investments was 3.85 billion dollars, which is one billion dollars less than the number which the Government attributed to Russian investments.

Neither may we neglect manipulating information which some economic specialists used. It is the case of the former chairman of the parliamentary commission for budget, economy, and finance, Veaceslav Ioniță. He announced on August 15, 2016, that the Moldovan economy was “simply dying.” Indeed, the state of Moldovan economy was not a motive to cheer about, but the information the ex-legislator published did not back up his claims.

„There’s a continued decline in the loan program for our economy. In the second quarter of this year the balance of loans amounted to 34.2 billion lei, compared with 47.2 billion lei in the third quarter of 2014; the decrease accounts for more than 13 billion lei,” Mr. Ioniță said.

If you look at these numbers, you can get scared. Things look better if you admit that the ex-head of the Parliament’s commission for budget, economy, and finance got it all wrong. The first number, 34.2 billion lei, should be the balance of loans as of June 30, 2017 – not the amount of loans granted in the second quarter of 2017.

If in three months such a volume of credits were granted, then logically we should have witnessed a blowing economy. In fact, the volume of credits granted in the second quarter was only 6.3 billion lei, which is five times less than the figure announced by the former MP.

And there’s one more thing. In a strange way Veaceslav Ioniță compares the data for the second quarter of 2017 with the records of the third quarter of 2014, exactly at the time when the three banks controlled by the Ilan Shor holding and involved in the fraud posted “inflated” reports with dozens of billions of lei. Another strange thing is that none official or public authority reacted to Mr. Ioniță’s claims.

When one dollar will cost 32 lei

Someone may say that it’s not a big deal to let a mistake slip into a published article. The figures posted by Veaceslav Ioniță were reproduced by many media organizations and sometimes such reports may play a bad part.

Eighteen years ago a story aired by the official news outlet Moldpres – and reproduced by radio and television stations – generated a true panic in the currency market, leading to the depreciation of the national currency Leu by almost 20% vs the US dollar days later. In early May 1999 the US currency was traded for 10 lei; on May 13 the exchange rate was 1:10.5 and on May 15 it was 1:11.6. In the black market one American dollar traded for 12 Moldovan lei.

The prime minister of that time, Ion Sturza felt obliged to step forward with a statement denying the information run by the media.

It all started with an erratic interpretation of the figures from a study published by the Strategic Investigations and Reforms Center (CISR). The story explaining the findings claimed that the US currency would trade for around 32 lei apiece by the end of that year. In fact CISR predicted this rate only in the case of a very pessimistic scenario for Moldovan economy, a couple of years later. The optimistic version hinted an exchange rate under 12 lei until the end of 1999.

Eighteen years on Moldova is still far from that pessimistic prediction and few would dare drawing forecasts when the Dollar will hit 32 Lei.

Russian embargo and denomination of the Leu

Eleven years ago, soon after Russia imposed its economic embargo for Moldovan wines in March 2006 and began inflating the price of its natural gases, a number of economists in Moscow and in Tiraspol chanted about an imminent default in Moldova, speculating with statistical figures to emphasize the threat. Supported by Russian media, a pro-Russian movement in Chisinau mounted on a propaganda spree to warn about a possible denomination of the Leu.

At the same time, all international lenders announced their decisions to unlock the financial assistance for the country and give its government new millions of dollars. As a result the Leu began losing ground versus the Dollar and the National Bank was caught compelled to issue an official statement denying such a danger.

The series of this kind of news and posts may continue, especially as regards the use of data and numbers in election campaign, but it makes little sense. We are sure that Moldovan officials will continue to use “surprising figures” and credulous media will continue disseminating unchecked and inaccurate information.

Moldova is not alone in this regard. Such cases happen everywhere. With one major difference: Any media organizations engaging in the dissemination of false news lose their credibility immediately and readerships, respectively. Well, unfortunately this is not happening in Moldova.

We believe that journalists must develop skills to doubt any information and to verify the numbers shared by politicians and government officials. These in turn will continue efforts to manipulate with numbers in a hope than no one will check up. The upcoming election campaign will be a fertile field for such activities.