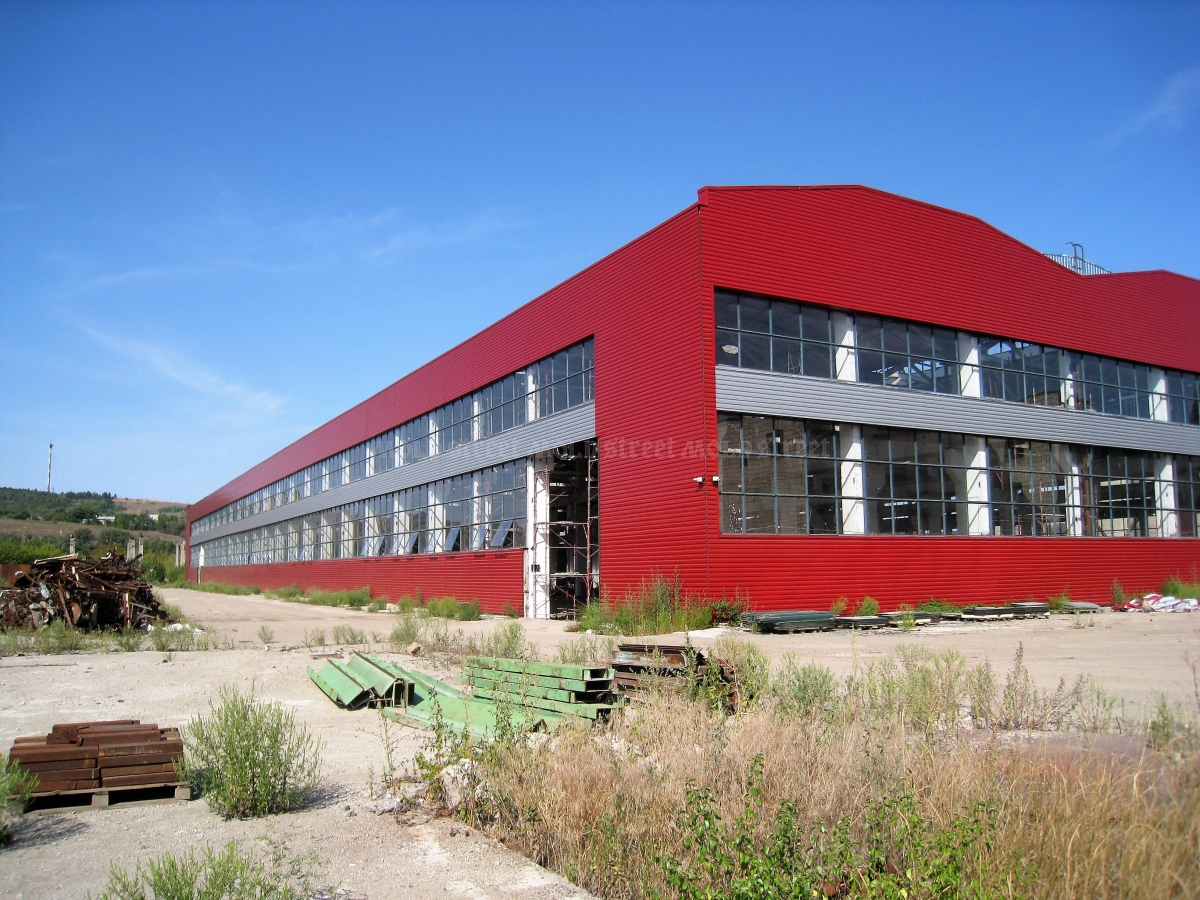 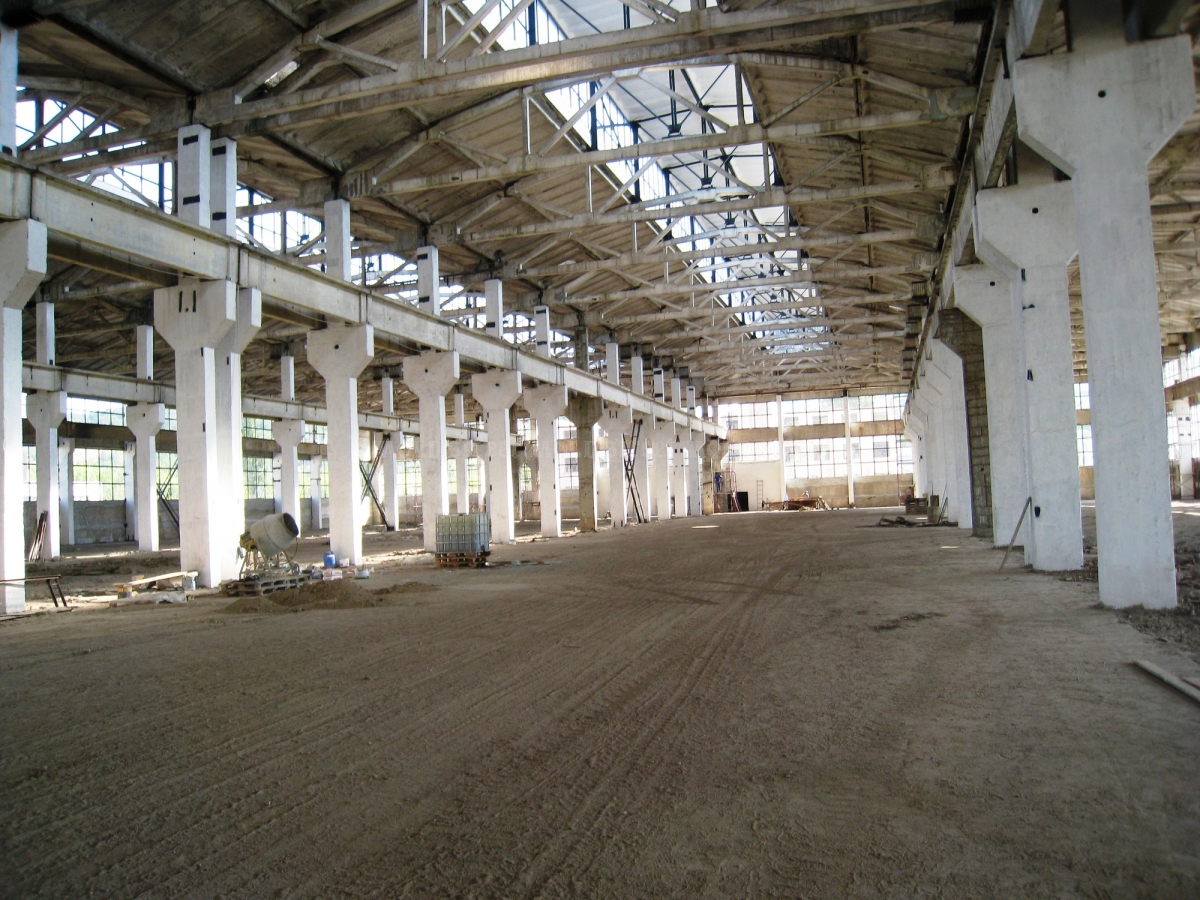 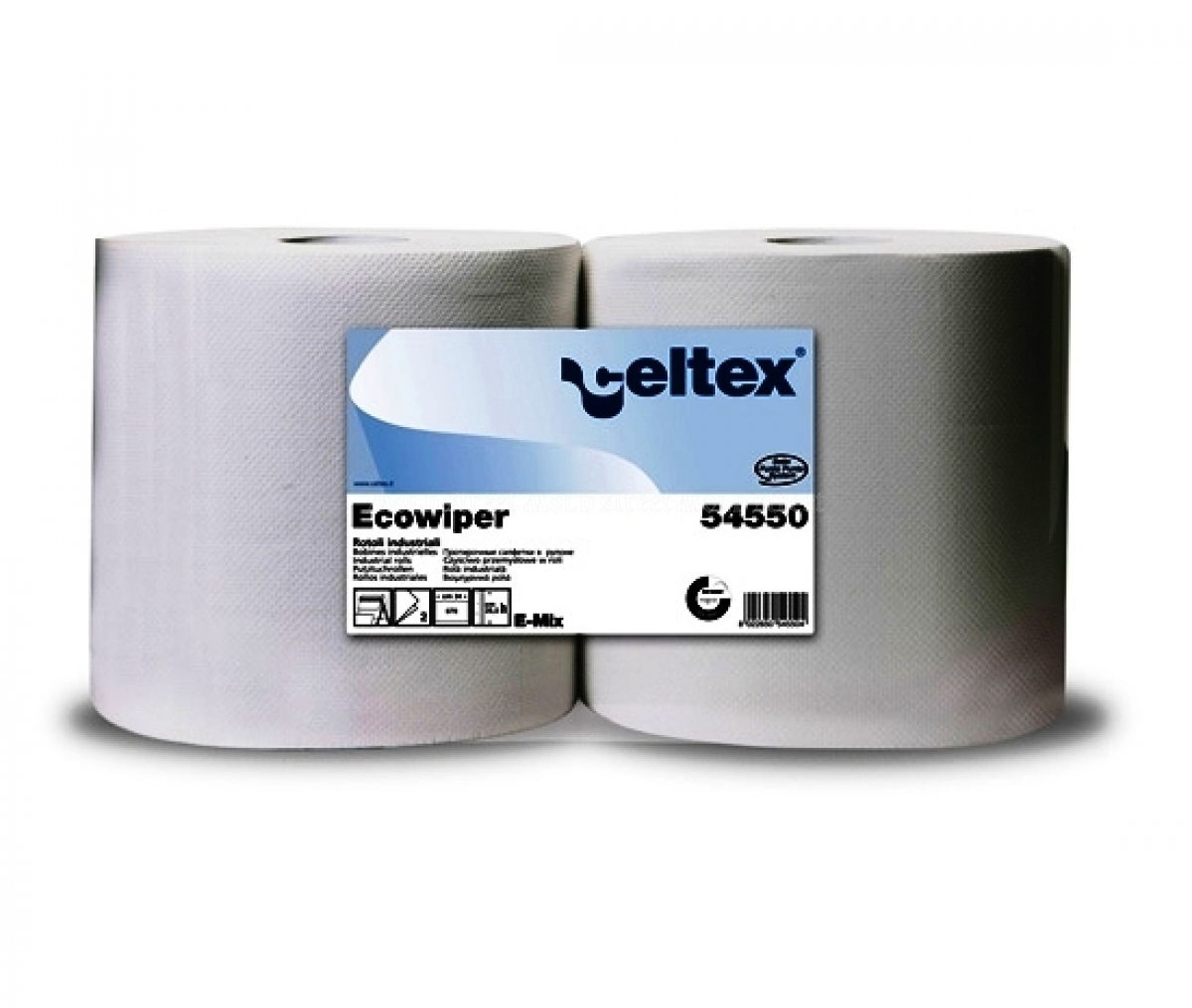 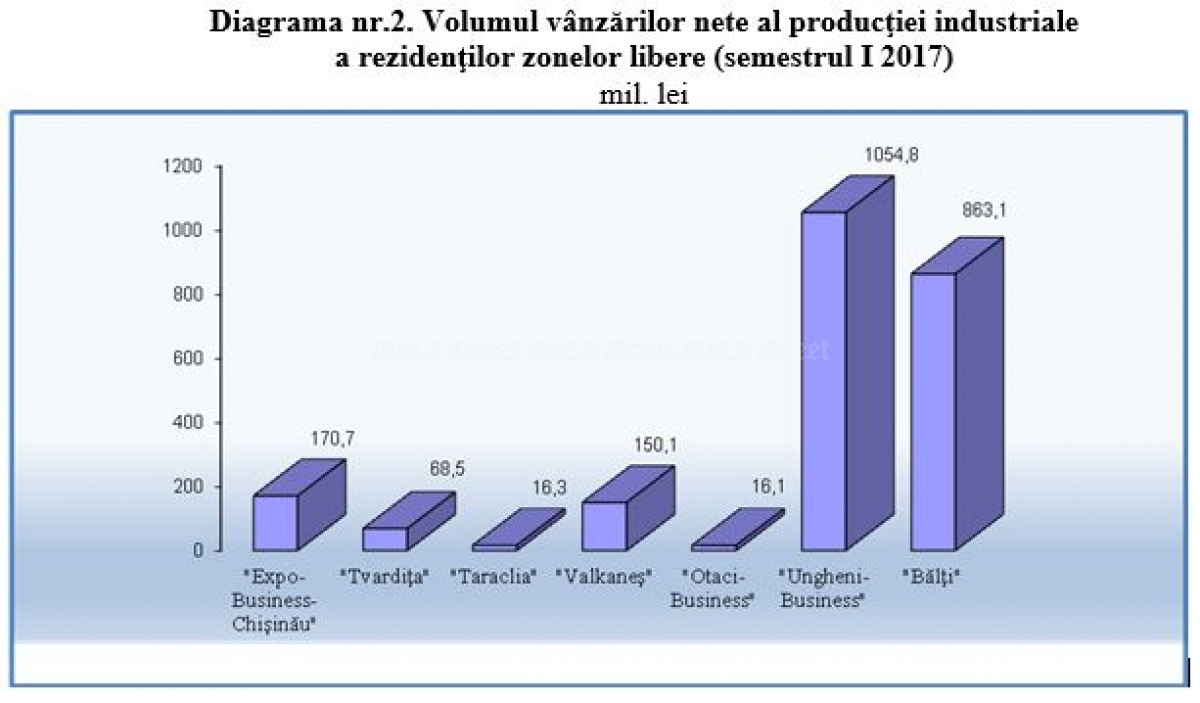 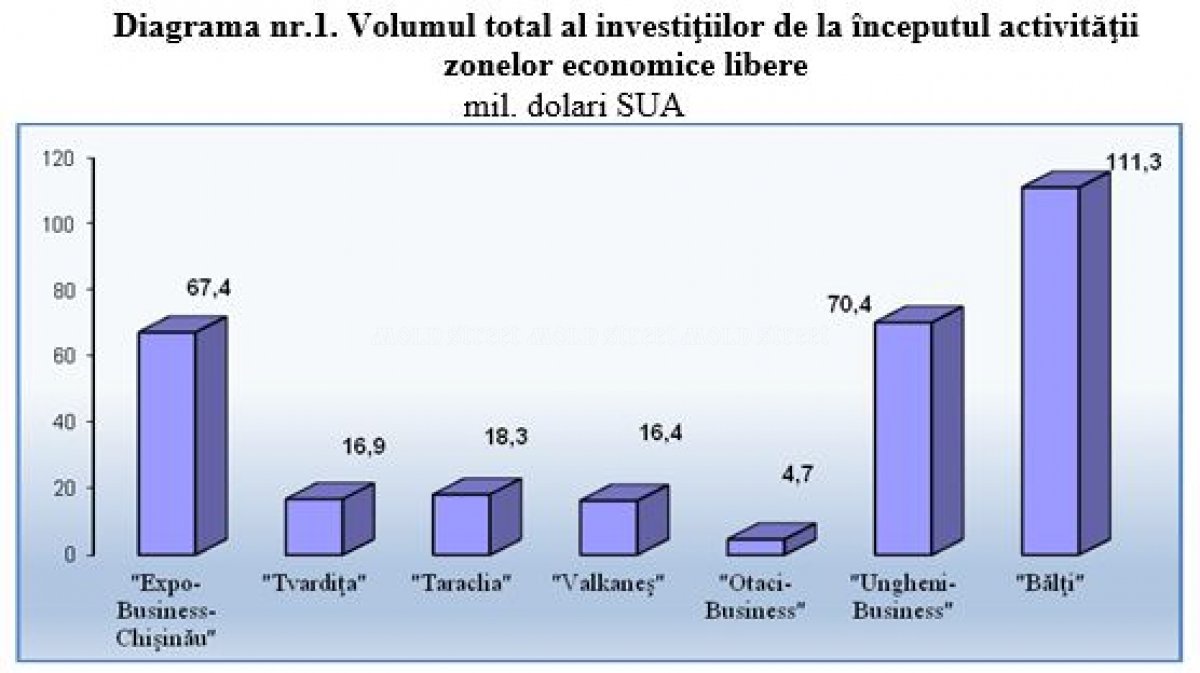 Residents’ net sales in the first half of 2017, million Lei.

BNS puublicitate
Otaci-Business, a zone of free entrepreneurship and production park (ZAL PP Otaci-Business), which had been lagging behind for years with poor performance, looks like getting up on its feed. It has attracted a few investors and is waiting for more to join.

Igor Cibotaru, who is the new administrator of this zone since November 2016, explains the stagnation at ZAL PP Otaci-Business with poor efforts to promote the zone.

„Another factor that has played a role in our development is the small area of our zone, and this makes it hard to attract large investors like Draexlmaier or Gebauer at ZEL Bălți. Given these circumstances, we’ll count on small and medium-sized investors and on domestic entrepreneurs engaged in manufacturing for export,” the administrator said.

The new administrator relies on collaboration with the Ministry of Economy and Infrastructure and the Moldovan Investment Attraction and Export Promotion Organization (MIEPO) in developing this industrial platform.

The first investment project is an autoclaved cellular concrete plant which BCA Factory SRL intends to build in Otaci-Business. The 10-million-dollar investment would create 700 job openings and workers would work in three shifts so that production would be continuous.

„It’s an American investment and it currently rebuilds the former concrete plant. As part of this investment project we also want to pursue a social activity. The excess of thermal energy that would be generated at production installations would be delivered for no charge to the kindergartens, schools and other social institutions in the city [Otaci],” Mr. Cibotaru revealed. 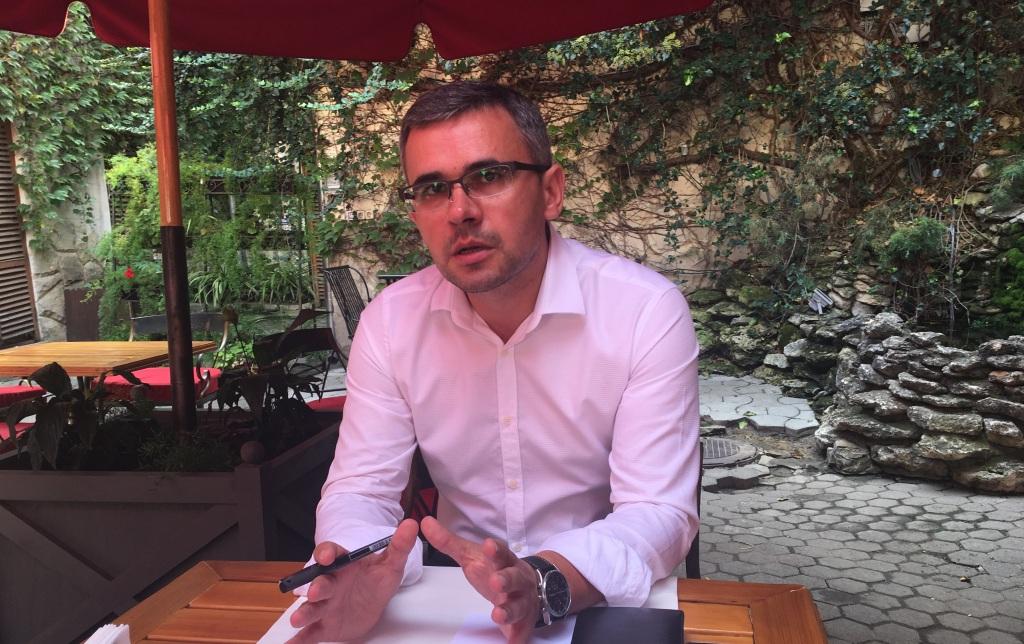 Another resident, Teh-Alco, has started producing defibrant solutions (a liquid for windscreen washer), which will be exported in full. Fifteen persons have been employed and in spite of small investment it gives a substantial yield. Plant owners are now seeking to diversify production and plan to install manufacturing lines for other products for motor car maintenance.

The other, AIK Petroleum, wants to build a small modular refinery in ZAL PP Otaci-Business, at a cost between five and six million dollars.

It targets the European Union and Ukraine for sales.

The latest who visited the free zone in Otaci were representatives of Italian company Industrie Celtex Spa. This one explores opportunities to build there a plant for the manufacturing of hygienic items including toilet paper, for export only. According to Mr. Cibotaru, Industrie Celtex Spa is eager to enter other markets in the CIS too.

„They have reach the conclusion that optimization of production and logistical costs by opening a plant namely in ZAL PP Otaci-Business would be a solution. First investments would amount to 3-4 million euros. Following their visit to ZAL PP Otaci-Business we have identified the necessary infrastructure for Industrie Celtex Spa in Moldova. To begin with, we shall provide the investor with approximately 13,000 square meters of floor. The company is prepared to upgrade the halls,” Igor Cibotaru specified.

Celtex’s sales manager, Daniele Mamoli, confirmed at a meeting with officials at the Moldovan Ministry of Economy and Infrastructure that the Italian company was going to manufacture hygienic items, and related goods in Moldova, for outer markets.

The workers will be trained by Industrie Celtex Spa’s engineers. The assortment will include all paper-made items for hygienic needs, from toilet paper, wipes to cellulose elements for medicine or the automobile industry. The company intends to develop a logistical hub to supply finished products to Industrie Celtex Spa’s distributors within 1,000-1,500 kilometers around Otaci.

MIEPO Director Vitalie Zaharia while greeting the Italian investor’s representatives in Chisinau said that the Moldovan authorities continued to improve the business environment for investors and the Italian company would benefit from preferential conditions in any free economic zone of its choice.

MIEPO is also committed to collaborate more actively with ZAL PP Otaci-Business and would sign a partnership agreement that would back the development plan at this zone during 2017-2019. MIEPO specialists would provide support to residents looking for export options, consultancy in identification of new business partners, and detailed information about the export conditions, guided tours, market studies, and advertising.

Less than 5 million in 19 years

ZAL PP Otaci-Business is the smallest of free economic zones in Moldova. Post-tax sales in this zone amounted to just 16.1 million lei (less than 1 million dollars) in the first half of 2017 – this is the lowest performance among the zones. And yet this is a progress. In 2013-2015 and in the first half of 2016, ZAL PP Otaci-Business reported zero sales.

In all 19 years of its existence ZAL PP Otaci-Business reported only 4.7 million dollars in net sales, least than any other zone. Just 60 employees worked there in mid-summer of this year.

ZAL PP Otaci-Business was founded in April 1998. Its location is quite strategic and promising for its future. The zone lies at the national border with Ukraine, 100 meters from the nearest customs checkpoint, which is hosted at a railway station. Otaci is crossed by the major national and international itineraries of passenger and cargo transportation, linking with destinations in Ukraine, Belarus, and Russia. It is thus a true bridge between the West and the East.

All businesses in the Otaci zone and park and its service infrastructure are linked with asphalt roads. The city’s industrial center possesses a considerable production potential; its capacities at present are used somewhere between 10% and 30%. The existing industrial potential and the perspectives for growth thanks to foreign direct investments, its infrastructure and opportunities for development, as well as its advantageous geographic location makes up a solid ground for further sustainable development of ZAL PP Otaci–Business.

All necessary information for Moldova's foreign trade, one click away