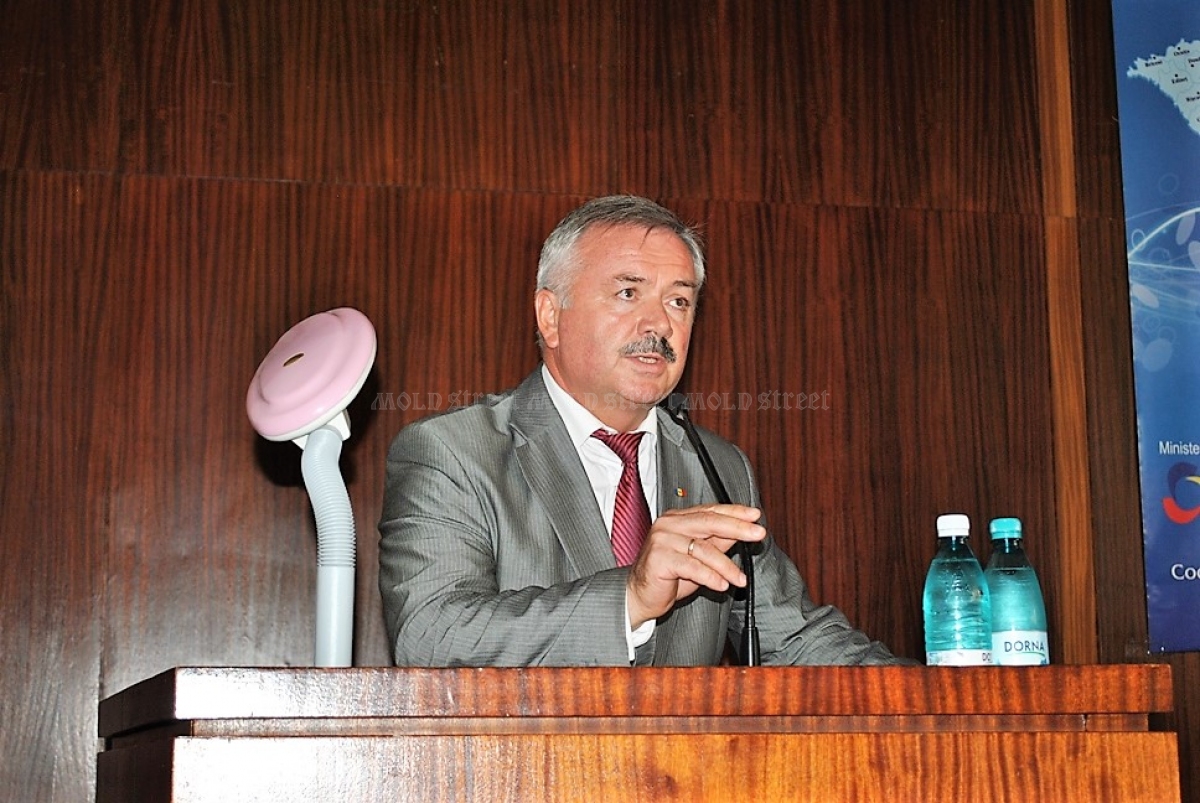 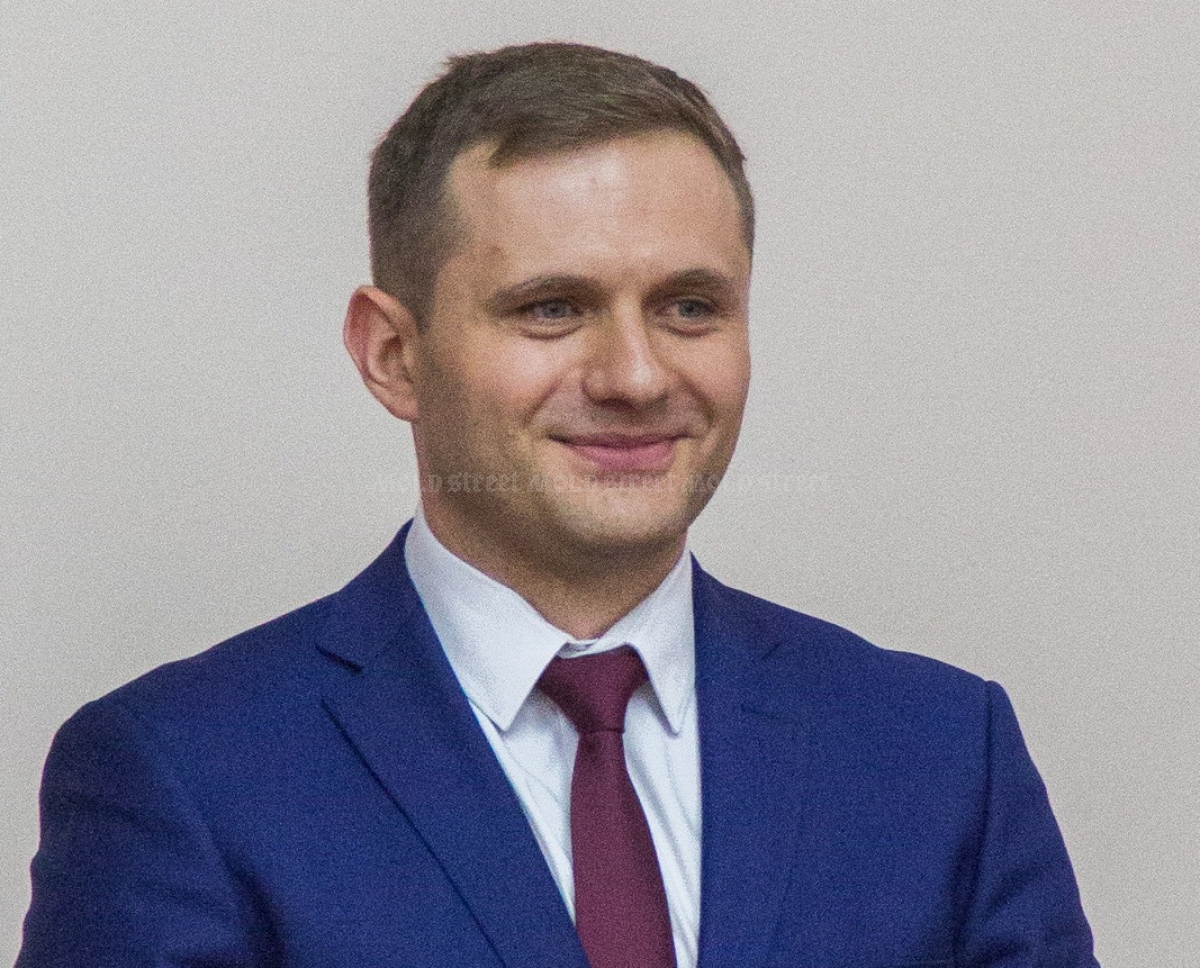 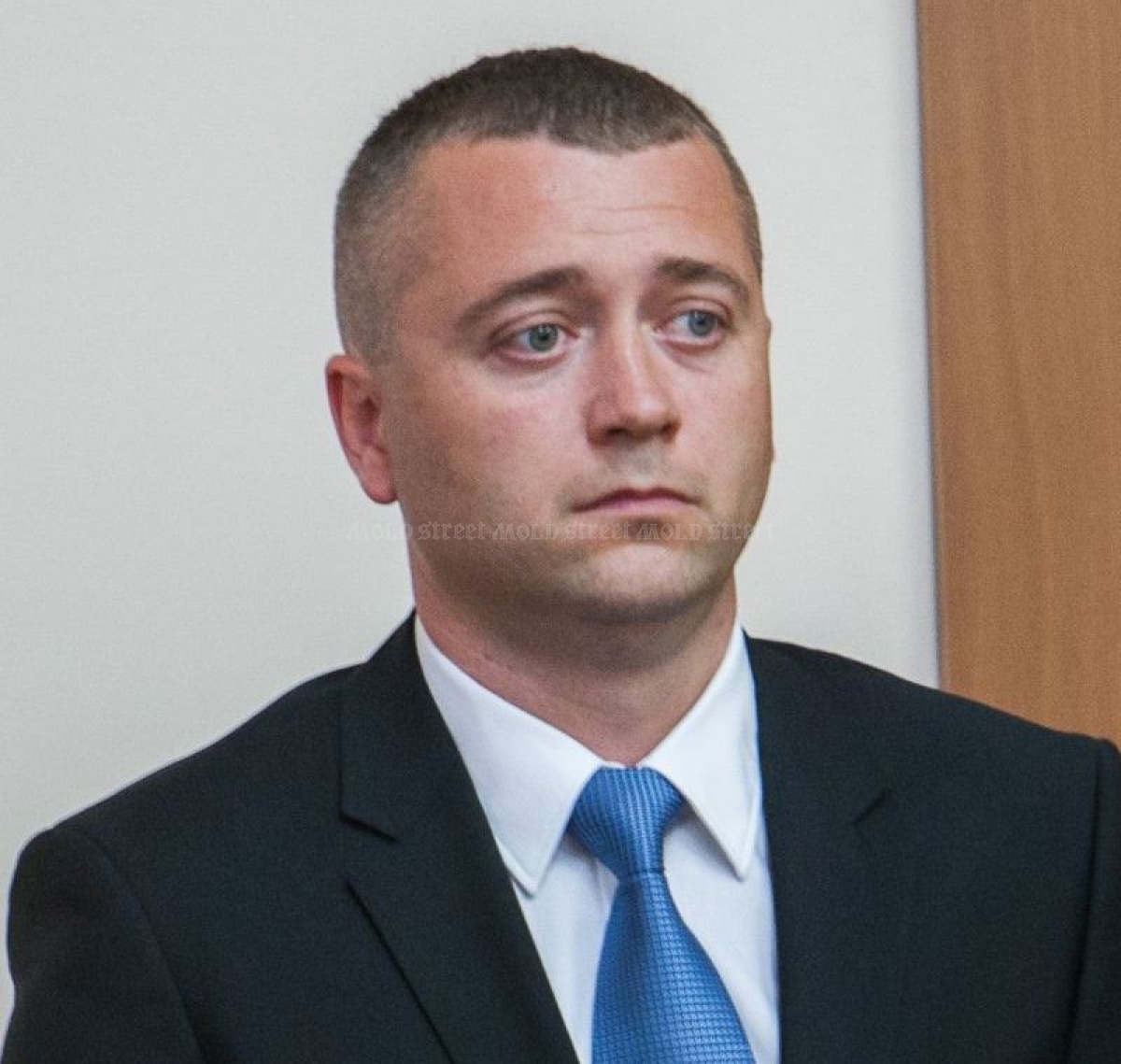 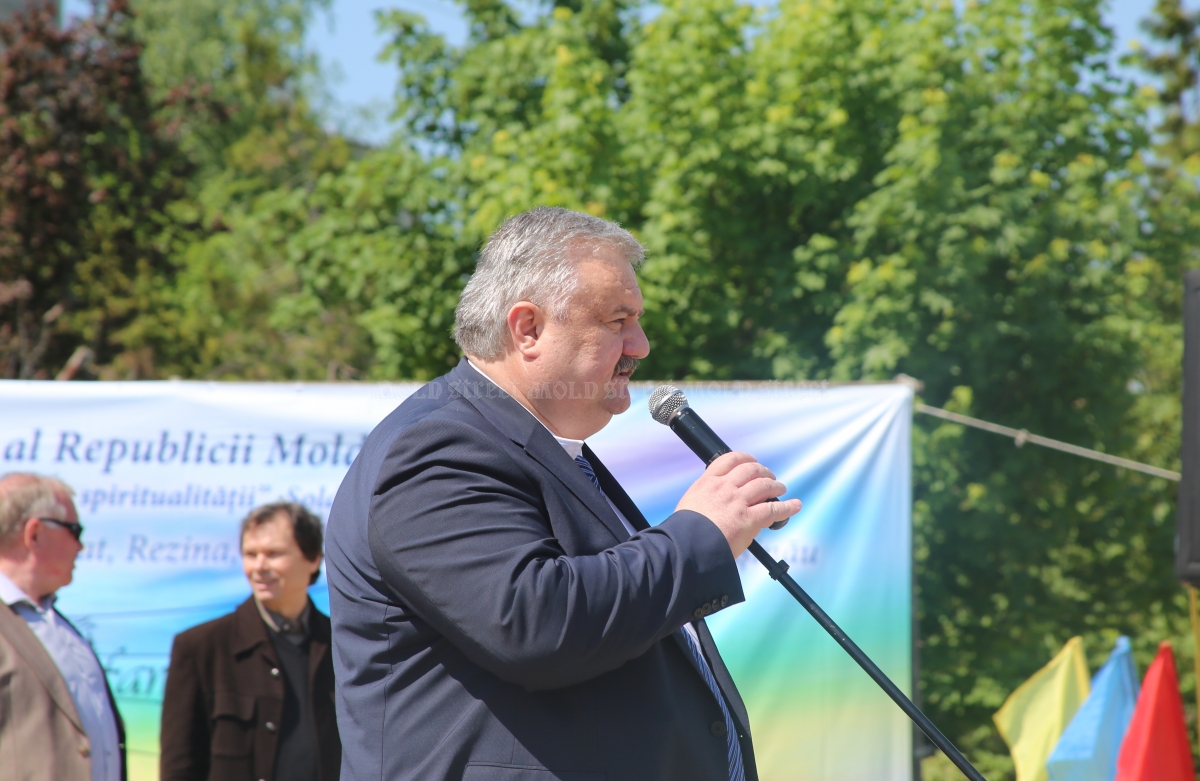 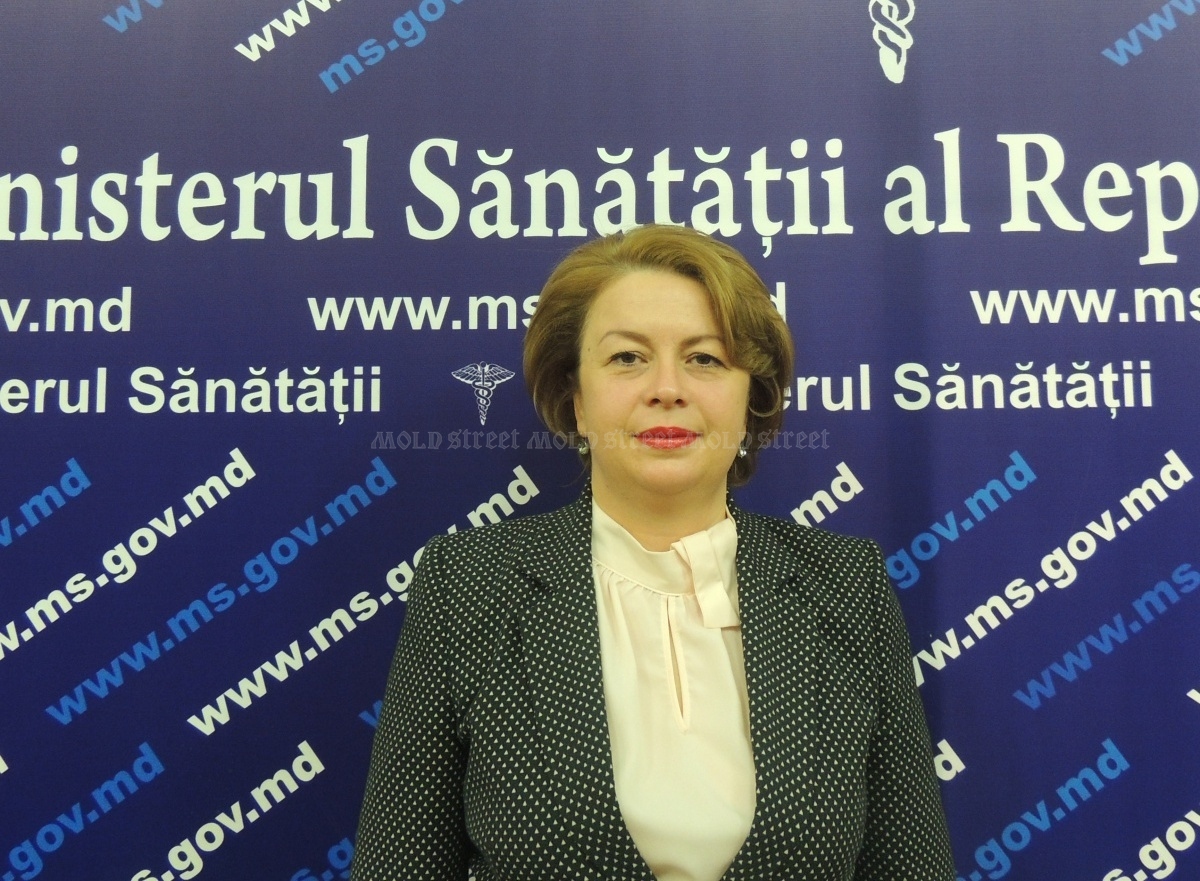 BNS
The government led by Pavel Filip has a mob of rich deputy ministers with prospering businesses, with a more or less clean past.

In the poorest (and most corrupt) country in Europe there is a category of people who have succeeded in the end to defeat poverty without bothering with the fact that they made fortunes from the position of the conflict of interest or incompatibility of public status. We are talking about the political class of Moldova. Read below the continuation of our article about the Filip cabinet.

Ion Parea, with an undeclared company

The deputy minister of agriculture took over in late October 2016. For almost six years he had served as chairman of the Râșcani District and then a few months as chief of the Experimental Technology Station in the city of Bălți.

His performance as an administrative manager was extensively reflected in a report of the Auditors Chamber in 2015. It looks like – the report says – that the district administration under Mr. Parea had failed in providing an effective management of the public property buildings during 2013-2015 and the local budget missed around 300,000 lei in rent fees. In 2012 the Râșcani District received 2.56 million lei from the National Environment Fund for the purchase of three briquette-makers in 2012 and by 2015 none of them was functional.

In his latest declaration of properties – dated in 2015, the man reports 187,000 lei in revenues together with his wife, a landfield worth 70,000 lei, a residence, and a garage – all estimated at 100,000 lei. Ion Parea also admitted to having a Scoda Superb motor vehicle which he bought in 2016 for 240,000 lei, but forgot to declare an individual firm where he is still administrator since 1994 – ÎI Denis-Parea.

The firm’s name coincides with the name of his son, who is a founder at another three firms.

He is a deputy minister of transportation and road infrastructure since August 2015, following a period of service as an advisor to Transportation Minister Iurie Chirinciuc.

In his declaration of properties for 2015, Mr. Rapcea reported 220,000 lei in revenues in the public post and a governmental representative in the State Administration of Roads, MoldATSA, Ungheni River Port, the European Political Studies Institute, ASEM Academy of Economic Sciences, and Institute of Horticulture and Food Technology. He also worked as an entrepreneur.

He also posted revenues of 307,000 lei from the sale of an apartment of 61.3 square meters on the Grenoble Street in the capital. At the same time he declares an apartment of 99 square meters – in the same building – at a cost of half a million lei. It is registered on the names of Iurie Matveev and Ecaterina Matveev.

"My first declaration of properties was submitted upon my appointment in the office. At that time I did not own the apartment and according to Law 133 from 17.06.2017, I disclosed my revenues in the previous fiscal year.

The second declaration for the entire year 2015 I submitted clearly makes reference to the sale of this apartment which I owned since 2008," Vitalie Rapcea stated.

The deputy minister also owns non-residential premises that cover 163 square meters of commercial space, which was valued at 485,000 lei, a Renault Megane car and a tractor. His bank accounts contain 4,500 US dollars, 58,000 Moldovan lei, and 6,000 Romanian lei.

In 2005, the official founded a limited liability company called Vox Dei, which was licensed in a variety of trades – from legal consulting to trade, sports, market research and horticulture and vineculture. The company was registered in an apartment on Onisifor Ghibu Street in the capital, which is co-owned by Vitalie Rapcea and his mother. This apartment was sold in April 2017 and by the time he was due to submit his revenues report and declaration of properties in 2015 it was still in his possession.

Mr. Rapcea claimed he only learned of himself as a co-owner after his mother’s death – the reason why he did not mention it in any papers in 2015.

Victor Morgoci – a firm inside his courtyard

He was appointed to the office of deputy minister of environment in August 2015. Victor Morgoci says in his revenues report  for 2015 that his wife and himself made 122,000 lei in salaries and indemnities, plus another 100,000 lei from the sale of some properties. The official posted two landfields of which one was worth 220,000 lei, a 2014 Hyundai car for 400,000 lei, and a house in Durlești of 151.3 square meters worth half a million lei. Anticorupție.md reported earlier that Morgoci used the house not just as a residential space. He built a food store with terrace inside his courtyard without bothering to register the new building with the cadastral authorities. The store is run by Agatva SRL, which was founded and managed by Ana Morgoci and where her husband had worked as a commercial director. The firm’s authorization counts a few trades but not food catering or distribution.

Igor Șarov is doing business with the state

Igor Șarov is a deputy minister of culture since September 2013. His revenues records for 2015 show that Mr. Șarov and his wife earned 234,000 lei from salaries and academic activities, as well as more than half a million lei from a joint business. The couple also owns a landfield, two apartments and two cars of which one was evaluated at 320,000 lei.

The deputy minister also has a business in the area of his public activity. He co-founded Cardidact SRL for book publishing and furniture manufacturing. His wife is currently working at this company. Records from the Public Acquisitions Agency show that Cardidact is a beneficiary of public funds – in the last year alone it received 2.4 million lei from the state budget for various services.

Liliana Iașan with a luxury home

She was appointed as a deputy to Health Minister Ruxanda Glavan in February 2016. Before joining the public service Mrs. Iașan had worked at the Buiucani Zonal Medical Association in the capital.

She is one of the richest deputy ministers in the government of Pavel Filip. In 2015 for example she earned more than 670,000 in salaries, dividends, interests, and real estate dealings. Liliana Iașan owns two landfields of which one for construction purposes was procured in 2007 for almost 450,000 lei and the other – a 4.5 hectare field for agricultural purposes – she received from a donor in 2006.

She indicated in her declaration of properties that she is also the proprietor of a house that counts 275 square meters and costs 1.7 million lei. Reporters found that the house is actually a luxury residence with a much higher market value. Mrs. Iașan bought in 2010 a Peugeot manufactured a year earlier and paid for it 231,000 lei.

The deputy health minister also controls 1,600 shares in the Rural Financing Corporation; they were valued at 120,000 lei. Her husband is an active businessman. His individual enterprise Iașan Valeriu provides for economic and financial consultancy and earns hundreds of thousands lei a year.

The data above have been collected from open and official sources. The true value of properties and the size of revenues could be much larger given the widespread practice among Moldovan politicians and functionaries of hiding properties and money in offshores or behind the names of their required parents-in-law. If a deputy minister can openly afford reporting annual earnings of millions, we leave readers to guess how much in fact earns his or her boss.