X-Ray for Filip Government: Businesses, Properties, and Interests of Deputy Ministers (I) 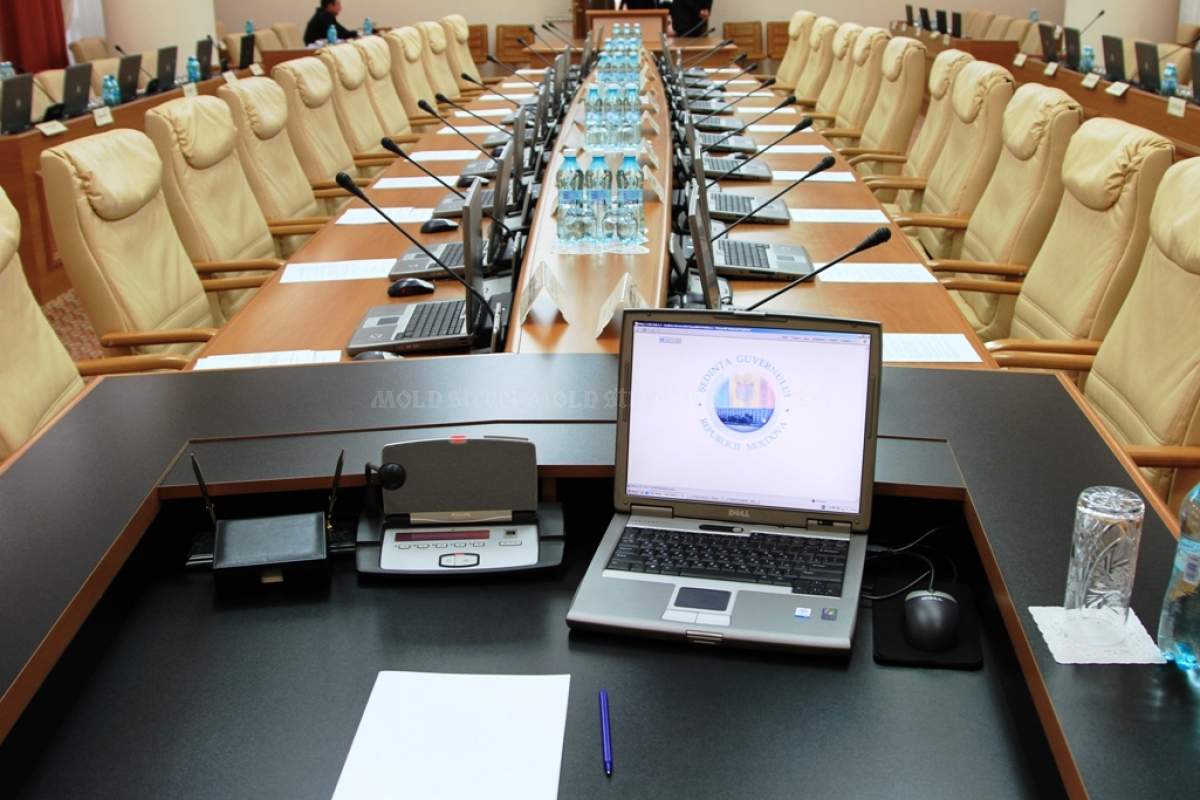 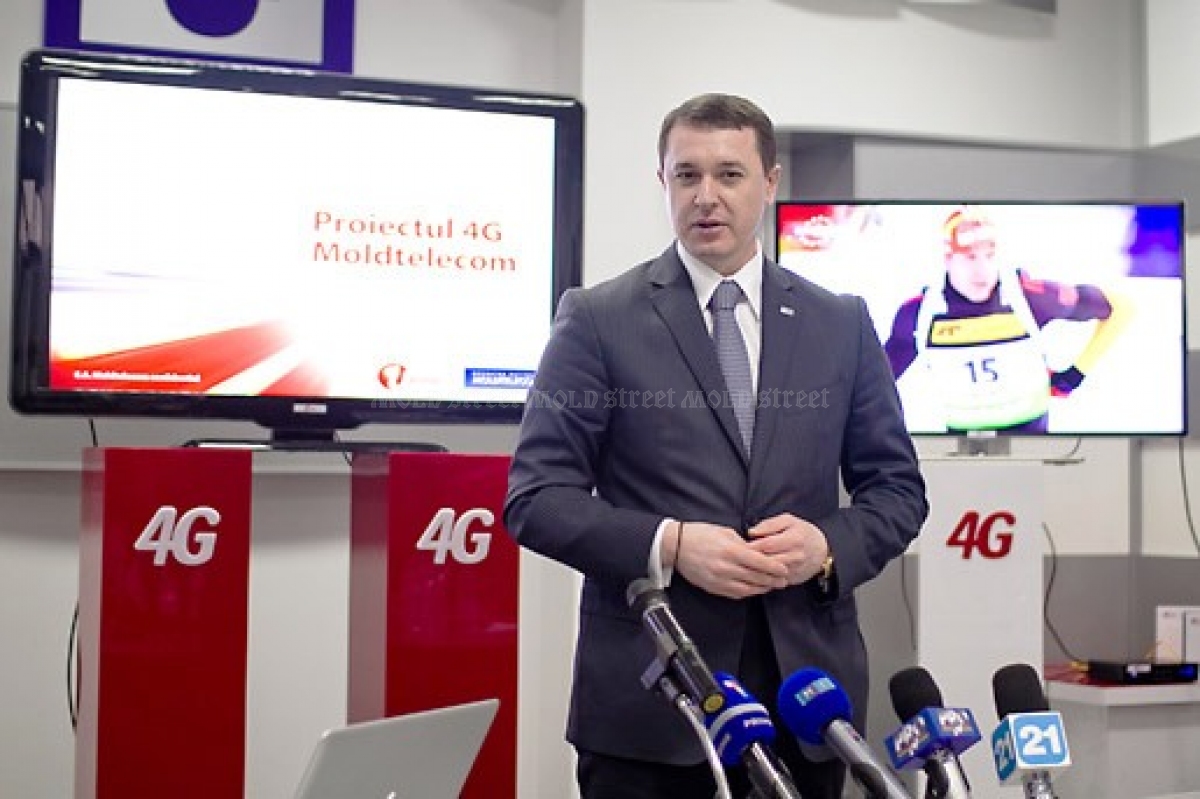 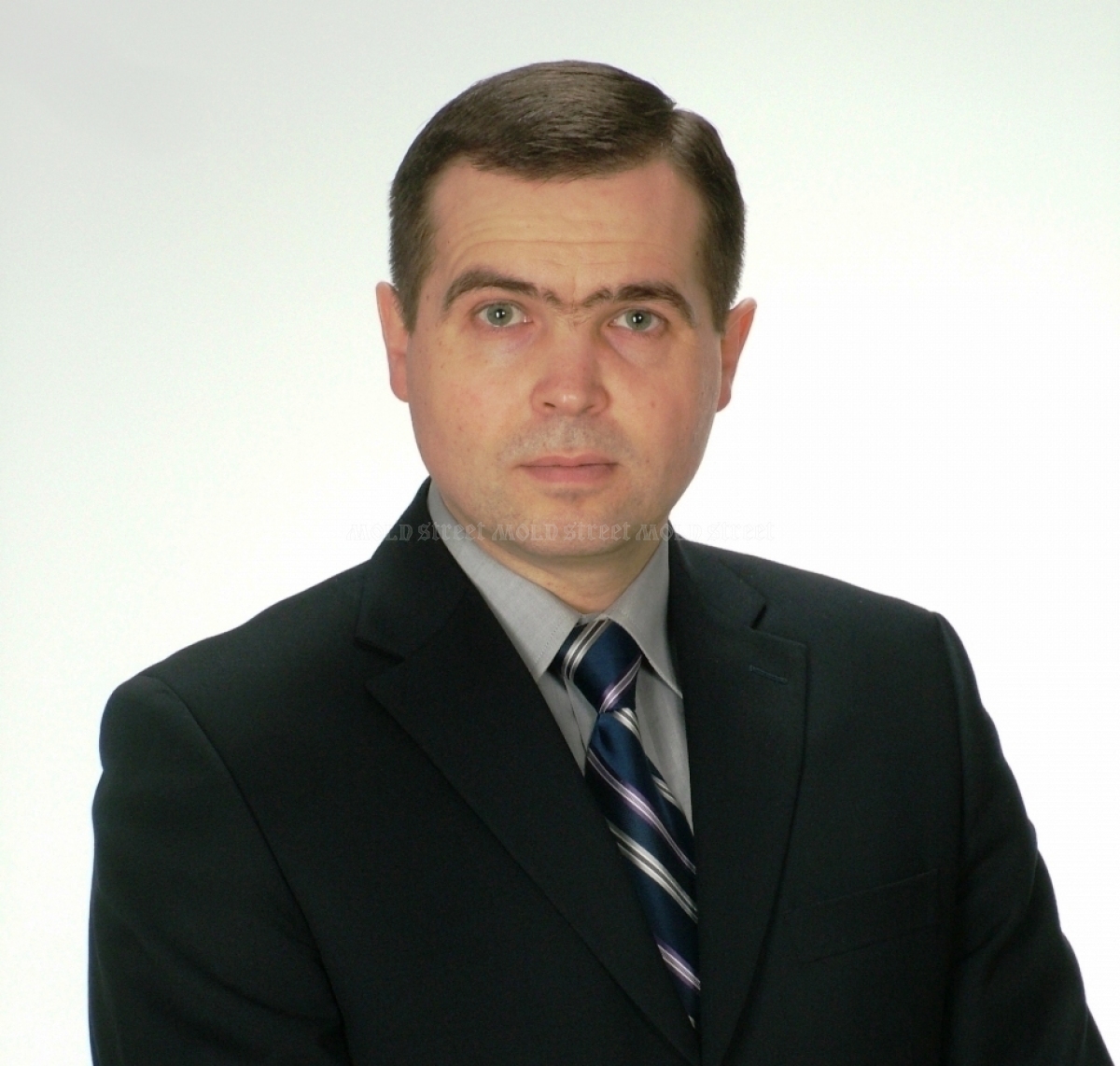 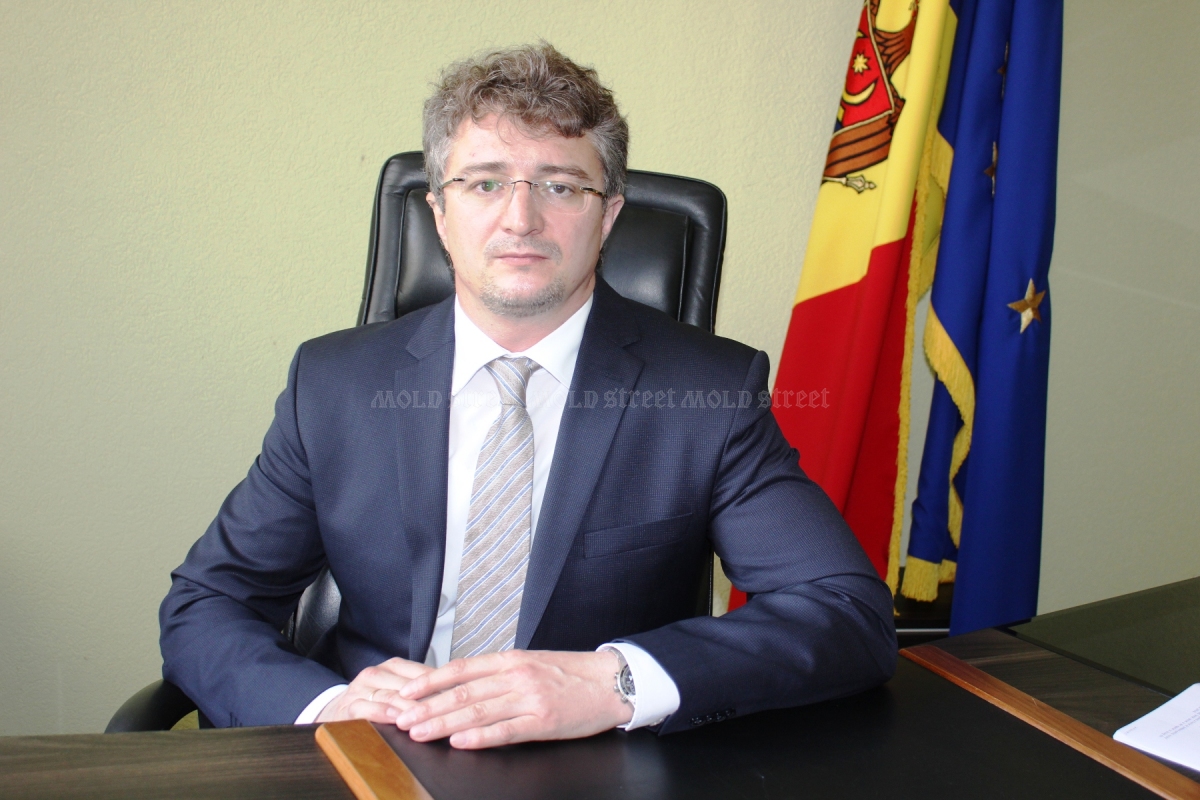 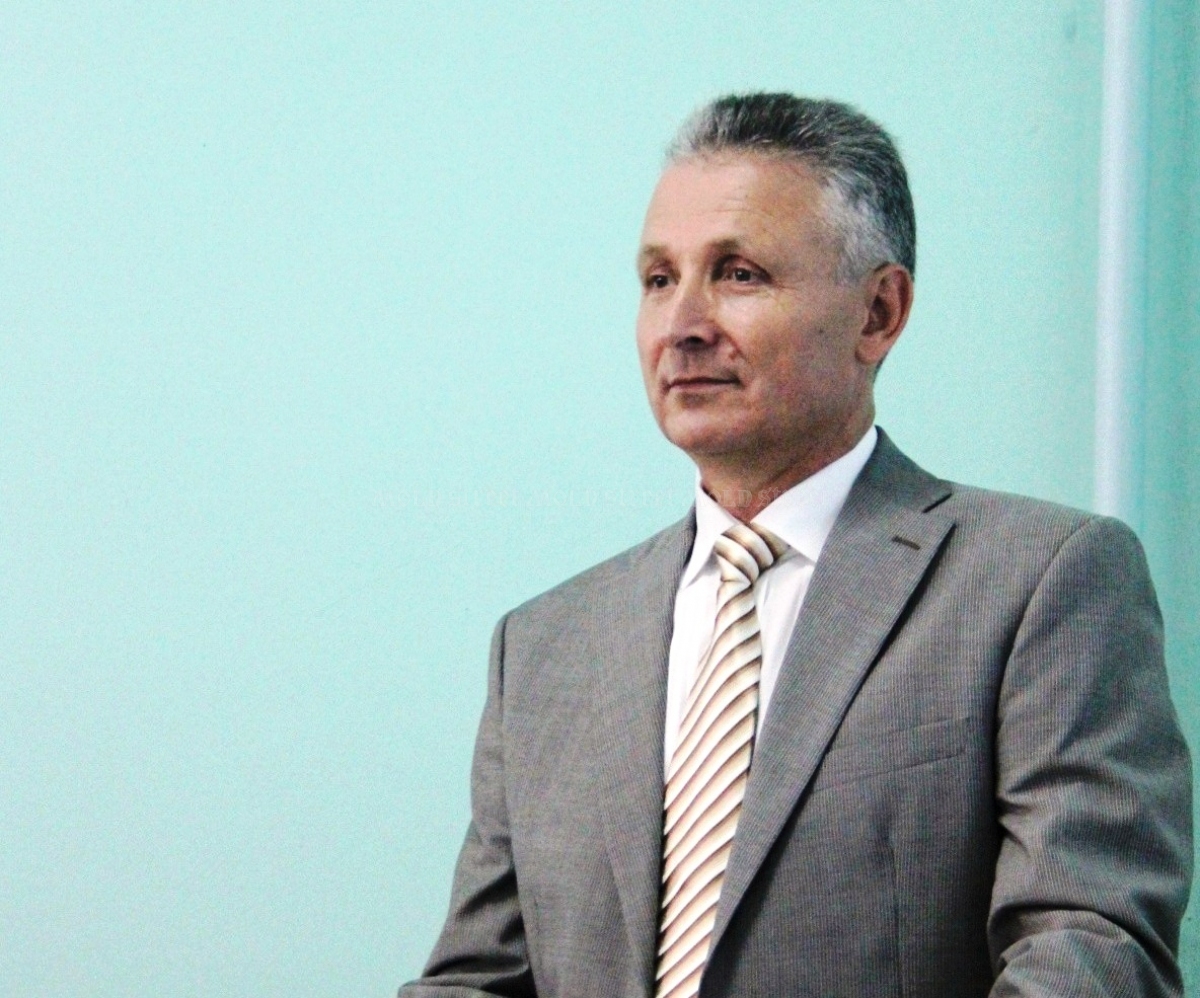 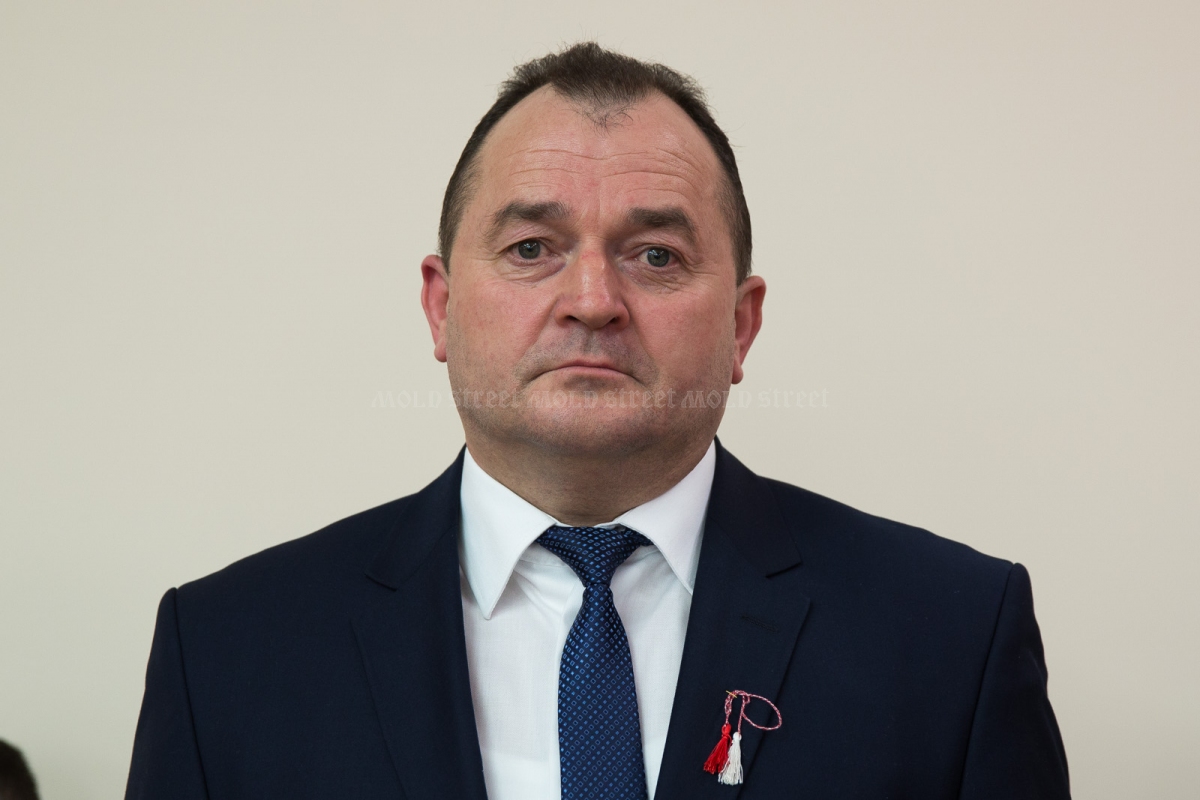 BNS
In the poorest (and most corrupt) country in Europe there is a category of people who have succeeded in the end to defeat poverty without bothering with the fact that they made fortunes from the position of the conflict of interest or incompatibility of public status. We are talking about the political class of Moldova.

The government led by Pavel Filip has a mob of rich deputy ministers with prospering businesses, with a more or less clean past. Although holding a public office is an incompatible with any other paid job, some the deputy ministers continue to run firms of their own, and some of these firms are active in in the area where their owners are supposed to work as public employees. Contrary to the legislation in effect, other deputy ministers have “forgotten” to declare the firms or properties in their possession.

Mold-Street reporters have conducted a screening of revenues and properties, as well as the interests of Moldovan officials who serve in the government in the under-minister rank. The reader will get an X-ray picture of irregularities which members of the Filip government should be held accountable of.

Although it’s the end of March 2017 outside, the latest declarations of revenue and interests on the official website of the National Integrity Authority are dated as back as in 2015. A few officials did not bother to submit even for that year – not to mention any updated revenue reports.

Vitalie Iurcu, a deputy minister and administrator of an own firm

Vitalie Iurcu was appointed as deputy minister of economy in August 2015. He pointed in his revenue report for 2015 an annual net income of 460,000 lei from the national telecom operator Moldtelecom S.A. and 52,000 from the Economy Ministry. He also declared together with his wife commissions from 2,500 US dollars in bank deposits as well as bank deposits amounting to 41,000 dollars and 30,000 euros.

Mr. Iurcu owns seven land fields totaling more than 40 hectares, a 94 square meter apartment that is worth over 600,000 lei, two residential houses worth 2.3 million lei, and a covered sport arena of 635 square meters. He acquired the arena in 2014 but did not indicate its cost. The deputy minister also rents a Porshe Cayenne motor vehicle.

In his revenue report Vitalie Iurcu has named a number of companies he had founded together with his wife. One of them provides for business and management consulting and was registered in the couple’s apartment in the Petru Rareș Str. of the capital. 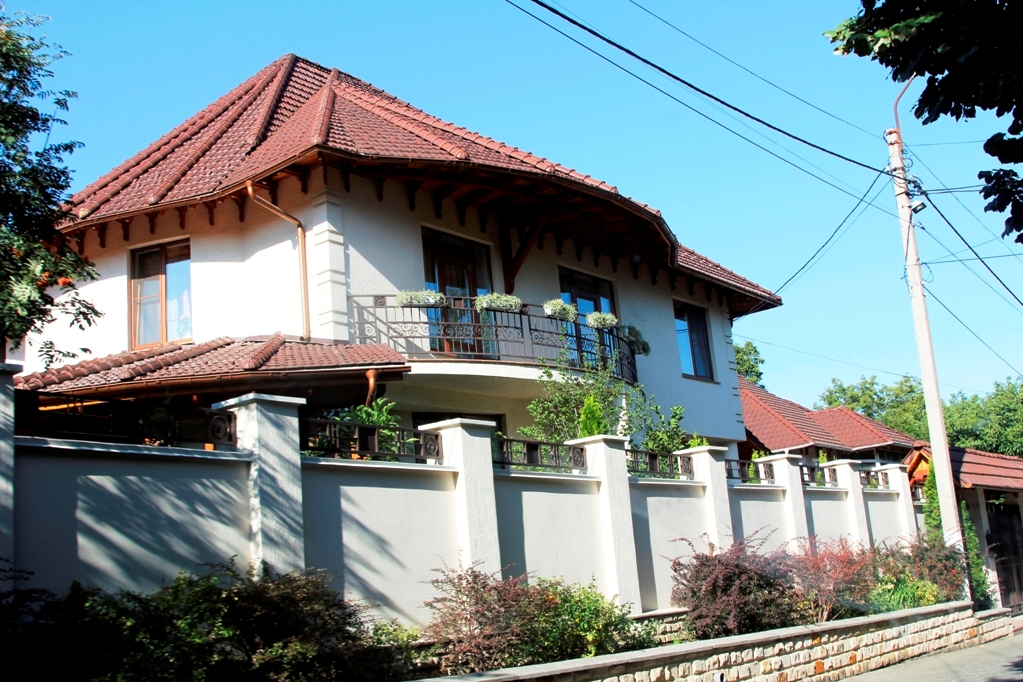 Official extracts from the State Registration Chamber show that even two years since Mr. Iurcu became a public functionary he still remains the formal manager of his company – in spite of a clear legal ban for officials to hold a second paid assignment. The status of deputy minister is not compatible with his job in the private entity. Mr. Iurcu is also a founder of Progestact SRL, along with former interior minister Dorin Rechean and former communist lawmaker Iurie Muntean among the 35 founders. The Moldovan deputy economy minister also founded a company in the Russian Federation - Helenkom OOO, a trader with building materials. His partners in Russia are Mukhmad Galaev and Loby Trade SA. His wife Angela Iurcu is too active in business. She co-founded real estate rental company Hellis & Partners Imobiliare SRL, in partnership with Alexandru Vîlcu.

A joint investigation by the Center for Journalist Investigations and Ziarul de Garda revealed that Moldtelecom – at the time when Iurcu was the general manager of this public corporation – awarded numerous contracts to affiliated firms, friends and business partners in violation of the public acquisition laws. Alexandru Vîlcu and Muhmad Galaev were among them. Vitalie Iurcu allowed not one purchase to ger registered via the public acquisition system and never published the results of the tenders.

Another investigation shows that Mr. Iurcu is active in several agricultural businesses, via a nephew. The young man leases half a hectare of forest near the town of Ialoveni where Moldtelecom employees worked in 2014 on the payroll from the public budget.

Cicibaba was appointed to the office of deputy minister of finance in April 2016. He had built careers at KPMG, Hewlett-Packard, and BRITE – a US-funded development program. In Iuri Cicibaba was an active member of the American Chamber of Commerce and served in the board of the National Association of Private IT Companies. His declaration of revenues says that in the first three months of 2016 the deputy minister received 43,000 lei as salary and 37,000 lei as dividends.

The official says he does not possess any motor vehicles, land fields, or a home of his own but he owns an underground parking lot worth 76,000 lei. He also keeps in banks 24,000 lei, 20,800 euros and 9,000 dollars. One of his firms is registered in an apartment on the name of his family but is not reflected in the revenue report.

Iuri Cicibaba is an associate / co-founder in two companies: ATA Consult SRL and TX&A CO SRL, which are run by his wife Angela Cicibaba. However he passed unnoticed with another company where she owns 35% - CV Advisory SRL.

He is a deputy minister of justice since mid-August 2015. Earlier he had acted as a lawyer for the Justice Minister in Québec, Canada. His declaration of revenues for 2015 Mr. Serbenco counts a salary of 64,000 lei from his ministerial post and 58,000 lei from lecturing activities. He also owns a land site for construction worth 26,000 lei in the city of Edineț. Speaking of his properties, the official owns a house of 240 square meters that was built on a site of 0.24 hectares; it’s valued at half a million lei. There are also two buildings or 53.8 and 40.4 square meters, respectively, which are valued at 47,000 lei and 32,000 lei. In 2003 he acquired a 32-square meter apartment in Botanica District of the capital. On his bank account we found more than 71,000 lei, 11,000 euros, 7,500 US dollars, and 35,500 Canadian dollars.

Mr. Munteanu became a deputy minister of Justice in May 2016. Before that he was a parliamentary advocate and chairman of the National Mechanism for Torture Preventure.

In 2015, says his declaration of revenue, Anatolie Munteanu and his wife earned 311,000 lei in salaries from his activities as advocate, patent entrepreneur, lecturer and scholar. A part of this money came from the sale of his share in a company. At the end of last year he also sold an apartment for more than 260,000 lei. In 2012, the Munteanus acquired in rates non-residential premises for which he paid 63,588 euros. In his report he also mentioned six landfields and a 2015 Mercedes for 100,000 lei.

The Center for Journalist Investigations said Anatolie Munteanu was among the prosecutors who had been granted significant rebates on the expense of the public budget for the purchase of apartments, which they later sold for the market prices.

Mr. Munteanu defended himself from reporters by claiming that the at that time he lived in his parents’ home and that there were personal reasons to sell the apartment he received as a beneficiary on the so-called “prosecutors list.”

He’s been in the office of deputy minister for regional development and construction since 2009. His previous experience includes construction design businesses in the private sector. Mr. Zolotcov is one of the richest officials of his rank.

His latest revenue & property report dates back to 2013 but he has submitted a declaration on his conflict of interests for 2015, where readers can learn that the official had earned 236,000 lei from his public job, scientific and teaching activities. He is a rich man indeed: a landfield, four buildings worth 3.9 million lei, and a 2011 BMW series for which he paid 460,000 lei.

An extract from the State Registration Chamber shows that Anatolie Zolotcov runs businesses in the very sector where he works as a public employee. He is a founder of seven firms and some of them have been closed already. Four of his firms were revistered in his residence. In 2000 he registrered an individual enterprise for construction design where he was the administrator – a job he quit after his appointment as deputy minister.

The same year 2000 Anatolie Zolotcov and Evgheni Zuev register a company called SRL Gaz&Petrol Grup, for retail with oil products and fuels. The company is now in the process of dissolution but the deputy minister is still the boss there, clearly in contradiction with the laws in effect.

In 2001 Anatolie Zolotcov founded two more firms: Betonbloc SRL and Baumat SRL. The first deals with construction design activities and the second deals with the retail of construction materials. His partner in Baumat SRL is Ion Răileanu (most likely a former environment minister). In both firms Anatolie Zolotcov is the administrator – contrary to the law requirements.

On 4 March 2010, in collaboration with Silvia Panova, Toader Balan and two US nationals, Anatolie Zolotcov sets up two more firms: Agrodacia SRL – for trade with oil crops and seeds, and Aquadacia SRL for management of irrigation and trainage systems. Both firms have been closed at present.

In 2009, in collaboration with Igor Damaschin, a Moldovan, Romanian national Eufimii Sicoe, and two Spaniards, Anatolie Zolotcov founded a joint venture called Herm International Consulting SRL, in Romania. It provided engineering services and technical consultancy. It is currently in the process of dissolution.

He was appointed to the office of deputy minister of agriculture in March 2016. Earlier, Iurie Ușurelu had acted as a value chain specialist at the Consolidated Unit for Implementation of IFAD Programs in Moldova.

In accordance with his declaration of properties for 2015, the Ușurelu family earned almost one million lei in salary, fees, and car rental. The officials counted two motor cars – a Hunday procured in 2012 for 180,000 lei, and a Suzuki procured in 2011 for 190,000 lei. 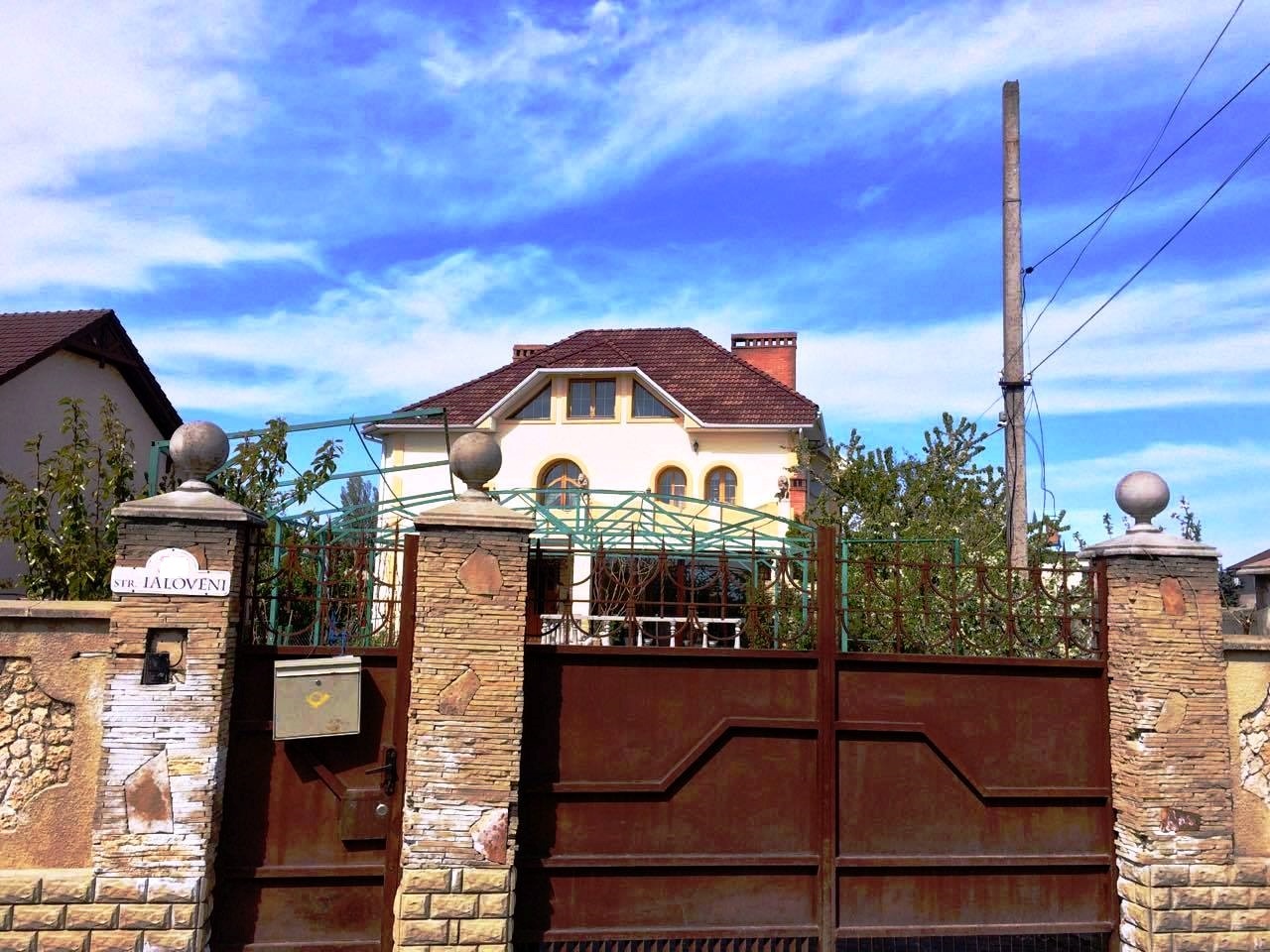 Mr. Ușurelu also declared an agri-field estimated at 4,000 lei and two residences which he procured in 1998 and were valued at almost one million lei. Cadastral extracts show that one of the residences is 57 square meters while in the declaration he indicated 150 square meters. In reality, it looks much larger.

The Ușurelu family has been involved in business. They have founded two firms: Dinagro Exim SRL, for trade activities, and Lucia Ușurelu Individual Enterprise, a consultancy. In the first firm, Mr. Ușurelu appears to be its administrator, clearly in contradiction with the law.