How the Chirinciuc Case Exposes an Old Scam to Drain Money 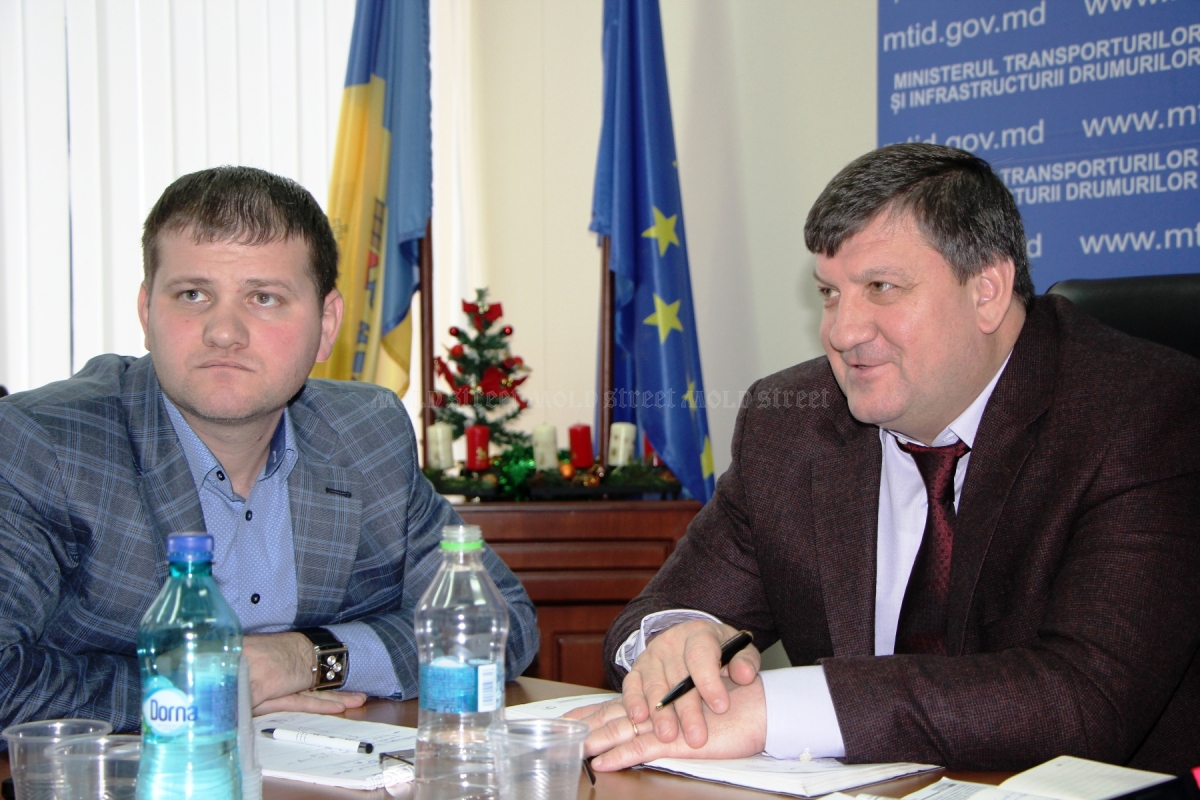 Valeriu Munteanu (left) and Iurie Chirinciuc at the Transportation Ministry 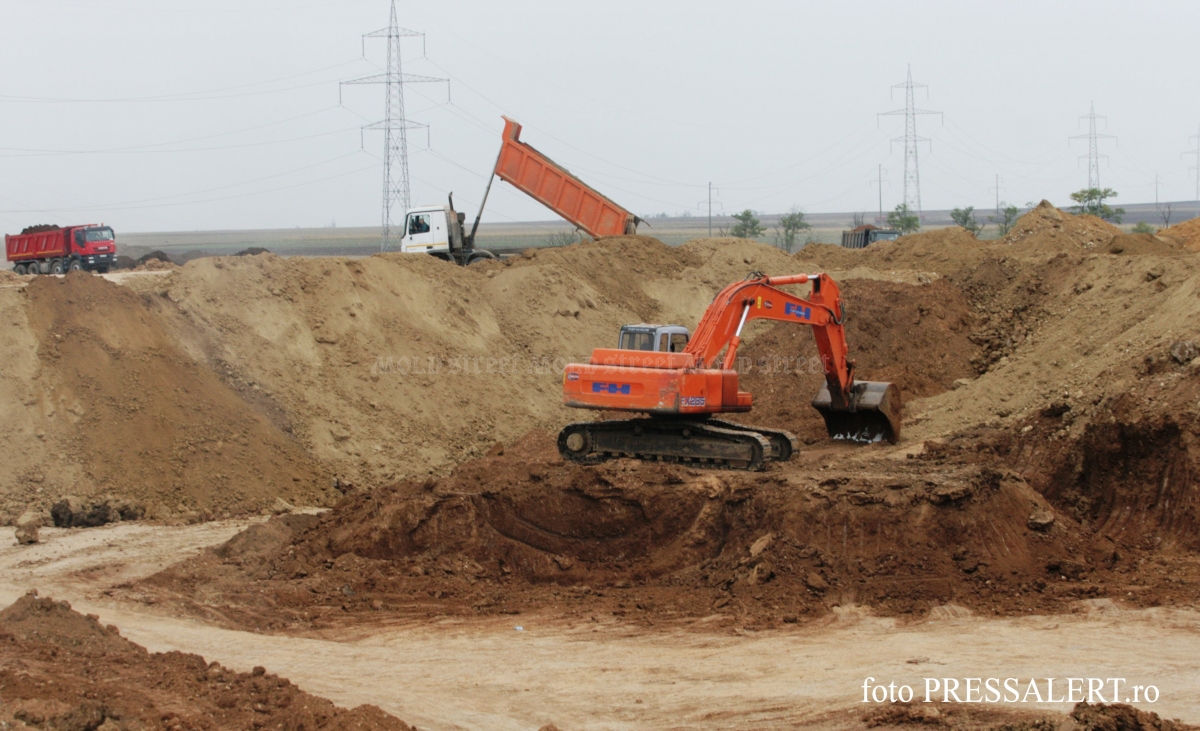 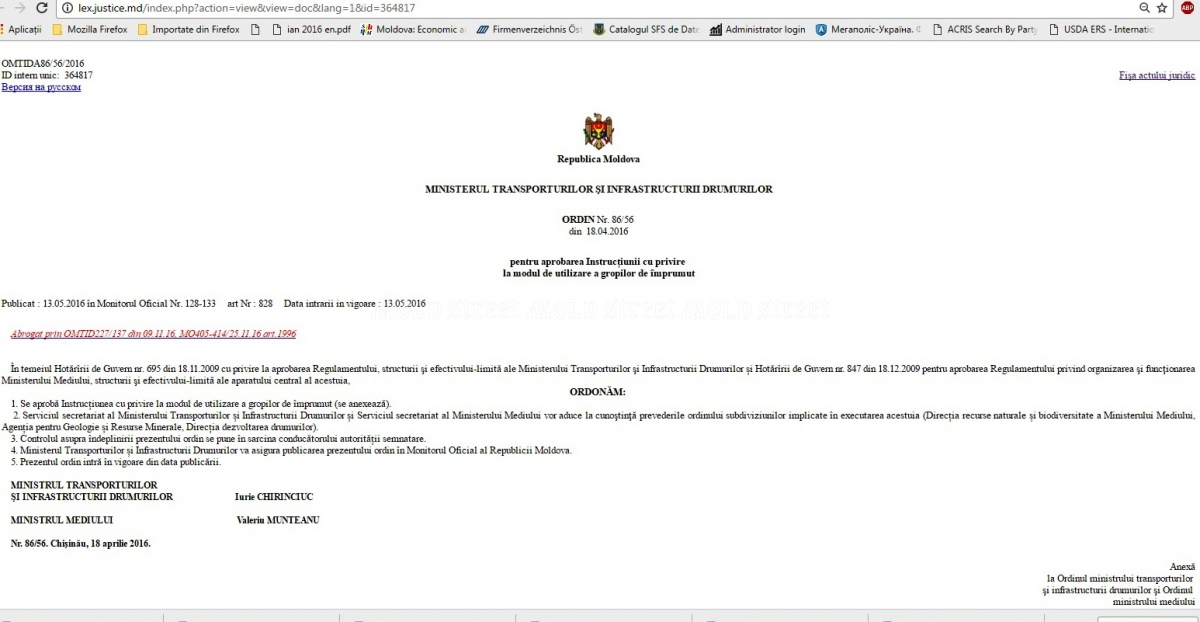 Printscreen from the judiciary database 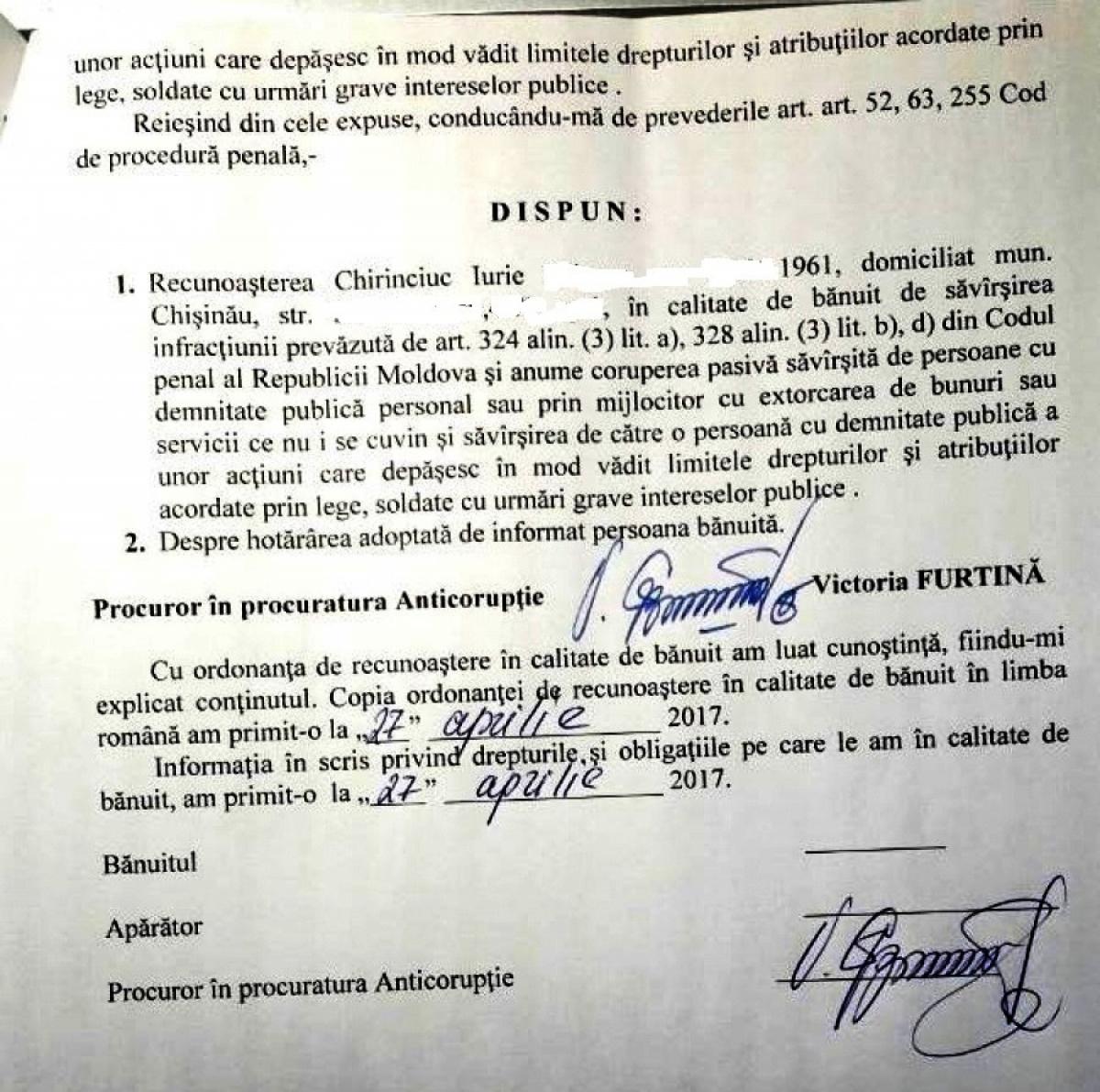 BNS
The order that the prosecutor signed to place Transportation Minister Iurie Chirinciuc in custody over abuse of power and bribery cites a document which was also counter-signed by Environment Minister Valeriu Munteanu a year ago.

The minister of transportation and road infrastructure, Iurie Chirinciuc, was escorted into Penitentiary 13 in Chișinău on April 28, 2017, and ordered to stay in preliminary arrest for 30 days. The decision was taken by the Buiucani District Court.

Kickbacks for the minister

On this case the National Anticorruption Center (CNA) issued a press release and video footage made from hidden cams in the minister’s office. There Mr. Chirinciuc appears in three episodes discussing with unnamed men; in one he passes a phone number in a paper and talks about “concession of certain services in an [infrastructure development] project,” then he tells several businessmen to give kickbacks in the amount of 5%,” and in the last the minister accepts cash in an envelope in return for lobby before judges.

CNA’s release suggests that the kickbacks amounted to around 8.5 million lei or 400,000 euros. Agency head Viorel Morari explained that Mr. Chirinciuc had been under surveillance for a long time and suddenly prosecutors and CNA officers discovered that the some recording equipment disappeared; therefore they decided to act immediately.

According to Mr. Morari, three counts of charges plane over the minister: bribery / corruption, abuse in office / breach of trust, and embezzlement of mineral resources. During the arrest, only one count was disclosed: corruption.

„The first count of charges is about accepting bribes by the top decision-makers at the Ministry of Transportation and Road Infrastructure from entrepreneurs, with the purpose to prompt certain companies to drop an amount of sub-contracting services in return for kickbacks. In the case of minister we’ve learned about 5% and in the case of the State Administration of Roads – 1%,” the prosecutor stated.

Mr. Morari also told reporters that his officers would investigate the circumstances of removal of recording equipment that had been installed in a number of ministerial offices for surveillance.

Mr. Ghimpu said "the official charges which CNA has brought before minister Iurie Chirinciuc are of another nature and have no connection with the circumstances exposed by the Agency and then by the media." The Liberal Party’s response on its website recommends readers to learn the contents of Order 86/55 from 18 April 2016 regarding the Soil Reserve Use Instruction, which was signed by Transportation Minister Iurie Chirinciuc and counter-signed by Environment Minister Valeriu Munteanu, a party fellow.

"Mr. Iurie Chirinciuc and decision-makers at the Ministry of Environment, by misusing the provisions of that order, contacted representatives of the local public authorities by telephone or in person in order to determine them to let certain firms to engage in the illegal extraction of useful minerals [clay] for the construction, repairs, rehabilitation and modernization of public roads… with funding from the European Bank for Reconstruction and Development,” reads the order issued by prosecutor Victoria Furtună (and signed as Victoria Furtină).

Soil reserve and the environment minister

The prosecutor suspects that Order 86/55 was the bearing of a prior, informal agreement between Iurie Chirinciuc, decision-makers at the Environment Ministry, and unidentified persons. She underlined that the document never received the binding legal expertise from the Justice Ministry.

Interestingly, the Environment Ministry opposed in 2015 the use of soil reserves – temporary pits where builders dig out for soil that is used as a layer under the asphalt coating – by the public authorities or road construction companies.

"The term “soil reserve” does not exist in the Moldovan legislation concerning the rational use and protection of land resources of Moldova," Minister Valeriu Munteanu said in a formal reply to the State Administration of Roads on 1 September 2015.

The order which Mr. Chirinciuc and Mr. Munteanu signed in April 2016 actually created a new legal framework for the use of soil reserves, with a number of conditions and “only for excavation of sediments for construction, ordinary repairs, capital repairs, rehabilitation, modernization, and prolongation of public roads.” That act allowed contractors to use the soil reserves if they worked in a thematic project and the technical documentation expressly provides for use of ground from the pit. They also needed to obtain the formal permission from the Agency for Geology and Mineral Resources (about existence or inexistence of useful minerals) and a decision from the local council on allocation of an area for the pit – future soil reserve. A number of other minor documents were also required.

Among other conditions, contractors needed to cut off the fertile layer of soil and keep it entirely for overlaying upon completion of the project.

Half a year later, on 9 November 2016 the two ministers withdrew the controversial order by invoking the Law on Regulatory Acts issued by the Government and Other Central and Local Public Authorities, and a governmental decision that obliged the issuant authorities to seek a legal expertise of their acts and to register the issued acts.

Valeriu Munteanu told Mold-Street that Moldova does not have a specific law regarding soil reserves and therefore all operations related to extraction of clay and its use in the construction of roads are illegal activities – including the workings of the ongoing projects.

"For example, a large volume of clay was used in the construction of the Cahul-Vulcănești railway portion and the pits where the minerals were extracted from have not been covered until this day,” Minister Munteanu disclosed, adding that the same infringement happens to occur in the projects on rehabilitation of national roads, which are funded by international organizations.

"I have reported to prosecutors on all of the pits. At the same time, there was a need for regulating in this field and all I did was to borrow the regulatory framework from Romania and integrate it within the instruction [on use of soil reserves]," he continued. During the period of validity of the instruction, the Environment Ministry received only six applications for soil reserve usage. "I have authorized not one – the minister braved himself – the order has been legal for the entire period of its validity and neither the Government, nor any courts of law have cancel it."

Nonetheless, the minister admits that since no one has received an authorization, the excavation of clay and its use for construction of roads in 2016 was illegitimate.

"Road builders did it in 2008, and in 2013, and in 2014 and 2016. They used the soil reserves on their own responsibility. In each case we have calculated the damages and requested the contractors to cover those damages," Valeriu Munteanu stated.

Do they still extract clay from illegal pits in 2017? “Surely, but I am not aware if any charges have been pressed against them,” the minister shrugged off.

The Government and the Parliament hurried recently to craft a new law on exploration of minerals for construction purposes. According the Mr. Munteanu, it is difficult to assess the overall damages, because these infringements have continued for ten years or so, but “we are talking here about millions and millions of lei.”

In Romania, for example, road builders who use the clay from so-called soil reserves pay a 0.4-euro royalty per every ton to the public budget. In the case of construction or rehabilitation of motorways they extract thousands and millions of tons of clay and pay substantial royalties.