Ukrainian Dumping in Dairy Market. How Will Industry Survive? 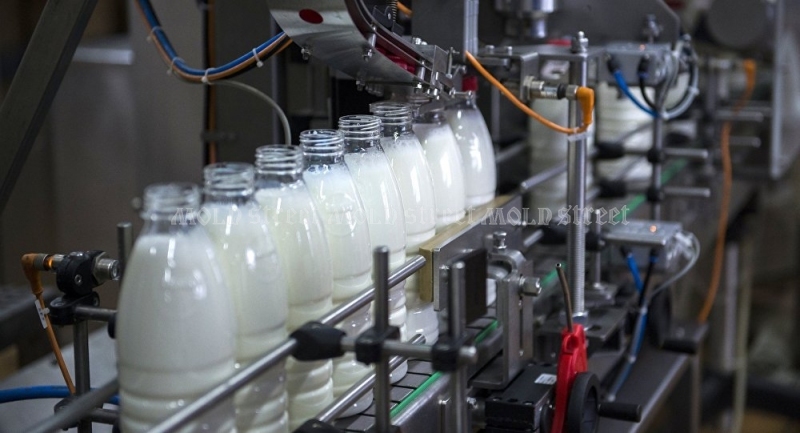 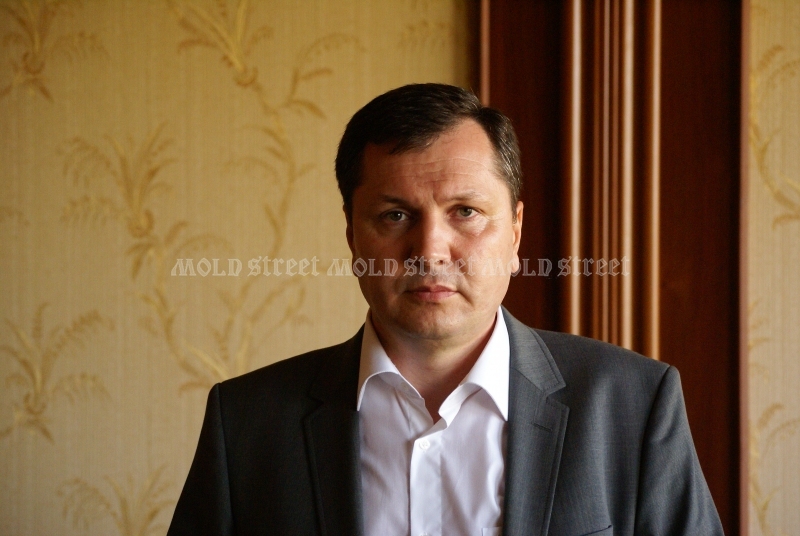 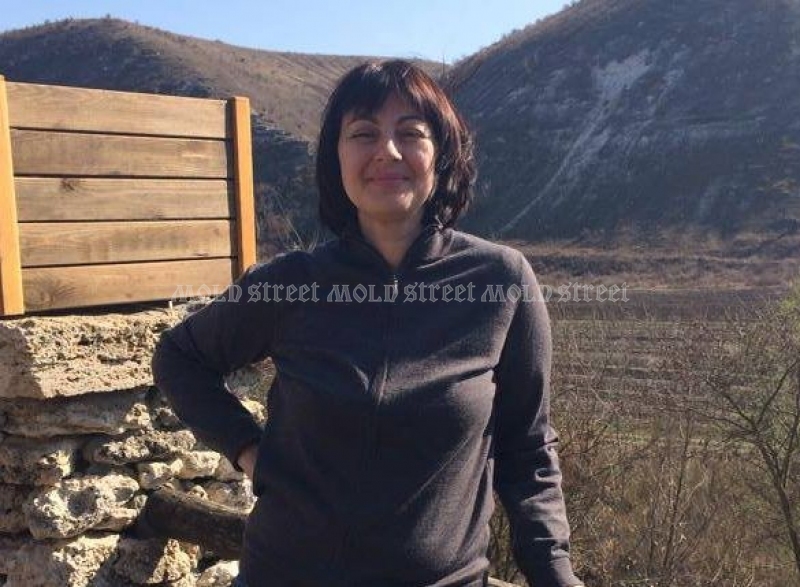 BNS
As a result of loss of the Russian market a sizeable part of Ukrainian diary exports headed to Moldova. The move has pushed down the prices and harmed both the diary industry and farmers in Moldova.

[This is translation from Romanian. The original story is HERE.]

Moldova’s dairy industry has just started to feel the effect of subsidies and began creating new breeding farms for milk. This trend however might get bedevilled over the wicked conditions in the diary market.

The geopolitical situation, war in Ukraine, Russian embargo, draught and economic recession are all harming Moldovan milk producers and processors. This all is happening at a time when the Moldovan agricultural sector is ought to strive for total liberalization of its trade with the European Union.

As a whole per region the diary industry has been suffering severely from the Russian food embargo, which covered almost all European food products. Since these products no longer can be exported to Russia – one the largest milk consumers – the European markets has become oversaturated and prices have falled dramatically. As a result of this, in some cases a liter of milk costs abnormally less than a liter of bottled water. On average, a bottle of water costs 1.34 euros per one liter while the same quantity of milk you can buy for 0.89 euros, almost 50 cents cheaper.

This state of things is a disaster for farmers. Hundreds of milk producers protested in mid-September in Brussels over their losses, claiming that production of milk is more expensive than its sale price. In response the E.U. promised to release 500 million euros as a rescue package for farmers.

Before closing its market to European diary products, Russia used to receive 32% of E.U. cheese and 24% of E.U. butter. Another reason is the declining demand in the Chinese market, which was the biggest milk importer, especially powder milk. Then, the E.U. last year cancelled the 30-year-old mandatory milk quotas. The limit for farmers who collected and sold milk was imposed in 1984 and those who breached this arrangement were fined. All these factors have led to over-production and put a big deal of pressure  on diary prices in the E.U.

Moldovan diary producers are not affected directly by the European dairy turmoil – European milk, though cheaper than bottled water, is yet more expensive than Moldovan milk. On the other hand, the Moldovan market is flooded by Ukrainian milk, which is far too cheaper compared with Moldovan. Just recently, the National Milk Producers Association (ANPL) asked the government to protect domestic daiy producers which are losing the competition race.

ANPL chairwoman Carolina Linte says that both the dairy industry and farmers will be losing competition and the domestic industry will be ruined, if the government fails to take rapid measures such as protective quotas.

Ukraine currently processes 11 million tons of milk a year. By comparison, Moldova processes a little bit more than half a million tons a year. Ukraine usually made products that require lots of raw materials such cheese, powder milk, or butter. Ukraine had plenty of these products and sold them in large volumes in Russia and Kazakhstan.

Once Russia introduced tha ban, Ukraine began stockpiling an enormous amount of raw materials, which dropped in price down to 18-19 eurocents per liter (by comparison milk costs 28-29 eurocents per liter). The final products, too, shook off the price.

Ukrainian processors seized the opportunity and used the surplus of milk to make products that need much raw material, especially cheese and butter, which sell very cheap – sometimes at dumping prices. Even classical dairy products from Ukraine such as pasteurized milk, kefir, cheese or ice-cream began searching for alternative markets.

Because the Belarussian market is hard to win, Kazakhstan rolls down stones in the way of imports, and European markets require high quality standards, Moldova remains the only market to get rid of cheap Ukrainian dairy stocks. „Without any protective measures Moldovan producers are bare and easy to put down. All dairy enterprises are harmed, and some small companies are about to shut down,” Mrs Linter says.

Well, if Moldovan processors still can stand up on their feet thanks to value-added products, then farmers who supply cheap milk are very weak, says Mrs Linte. In spite of big temptations only one Moldovan processor has dared to prefer Ukrainian raw materials, she goes on. Alba-Lactalis has been making procurements of Ukrainian milk for a few years. Although it is justified from the business view point, this dissociation from farmers would cost dearly the milk producing branch. In the central and southern parts of the country, where Alba-Lactalis usually collects milk, there is a huge surplus which sent strong shocks across the raw material market.

According to Sergiu Pușcuța, manager of JLC – the largest dairy producer in Moldova, the rest of processors have made a common front with farmers and kept the prices in the terms of agreement. „As a result of this action of solidarity our raw material market survived. I think it’s a good thing,” Mr Pușcuța explained.

Moldova is not prepared for dairy free trade with the E.U.

Although milk in the E.U. is a little bit more expensive than Moldovan milk there are chances to see European milk shippings to Moldova very soon. At present, E.U. can export maximum 5,000 tons of milk to the Moldovan market, but the quotas will dissapear in five years and the market will enter an era of fully liberalized trade.

On the other hand though Moldovan milk has no restrictions for exports to E.U. markets, not one liter of Moldovan milk has been admitted at European supermarket shelves, because not one dairy enterprise is fit to face the E.U.’s quality requirements, according to Mr Pușcuța.

„Our dairy enterprises need to obtain quality certificates, and I don’t think they can do it right now. They need to accomplish the traceability requirements, to procure new hardware, to modernize the entire production process... they need large investments. But at a more careful look, they need to resolve a problem with raw materials,” the JLC manager stated. He explained: In Europe all raw materials are bought from certified farms; in Moldova we buy 90% of milk from small, uncertified households.

Milk farms open in Moldova every year and the government gives them generous subsidies (around 500 million lei for the breeding sector in the past five years), however there are still few farms of this kind and they grow slowly. Mr Pușcuța of JLC says that 2-3 cow farms are set up every year among his company’s partners. „The potential of development of the diary sector is big,” he considers. „If we compare to the Soviet times, when both technologies and milky cows were less efficient, Moldova was producing at that times 1.5 million tons of milk.”

Milk is considered a so-called „social product” in Moldova, which means that processors must keep the profit margin low for a range of basic products such as packed milk or kefir. Even in good years they cannot afford a profitableness higher than 4.0-4.5%.

For example, milk processing in general is not profitable but milk is the most popular product and is made in largest amounts among dairies. A liter of processed milk costs 7.55 lei (producer’s price). As the acquisition price is 29 eurocents or around 6.0 lei, there is 1.5 lei left. Not to forget to add here production expenses, salaries, electricity, etc., cover this sum almost entirely.

Profit not enough for investments in modernization

To make it clear for all – much larger profit margins are necessary in order to earn as much as to upgrade the quality chain up to E.U. requirements and make Moldovan dairies exportable to the West. Given existing circumstances Moldovan processors can earn more from other high added-value products such as pressed cheese, cream, butter, ice-cream, or powder milk. By the way, powder milk – which sucks off the surplus of milk – cheapened in Ukraine from 2.5 down to 1.7 dollars per kilogram, and this fact again hits Moldovan processors.

Moldovan dairy producers cannot afford a larger profit due to the tight regional competition and Ukrainian dumping marketing, but this kind of state would not exist for ever, because no one can work too long without profit. Those who will survive will reconsider their prices to ensure that business goes on.

Yet this story is not about survival. The Moldovan dairy industry is obliged to prepare for a tougher competition and become part of the European common market, where Moldova’s integration is expected within a few years.

We’ve seen how the European Commission responded to the grievances of European farmers, who will receive 500 million euros in relief aid. Obviously Moldova cannot afford such generous assistance for its farmers, and yet it must find a solution. Especially now, when Ukrainians are advancing with their dumping policies.

What can government do

Speaking about dumping, let’s not forget that Moldova is part of the World Trade Organization and doesn’t really have much freedom in taking protective measures – and yet there are a handful of possibilities. To halt the flooding with cheap Ukrainian dairies the Chisinau government might apply symmetrical steps. On February 15, the government in Kiev introduced a duty of 10-15% to protect its market – a reason why Moldovan products became uncompetitive in the neighboring country. In this context Moldovan dairy producers have proposed their authorities to apply the same rules of game and introduce a 10-15% duty for Ukrainian dairies.

Then the government should be more energetic and relaxed in subventions for the dairy industry.

There is also a question about quality requirements for Ukrainian dairy products. “We asked the National Food Safety Agency (ANSA) to pay more attention [to Ukrainian dairy products] and check out the shipments which Moldova absorbs from Ukraine. These are perishable products and freshness depends upon a number of conditions such as production, storage, transportation, etc. In fact ANSA simply has to do its primary job, which is guaranteeing the safety for all food in our market,” said Carolina Linte.