“Convicted” to Repay One Billion in 25 Years 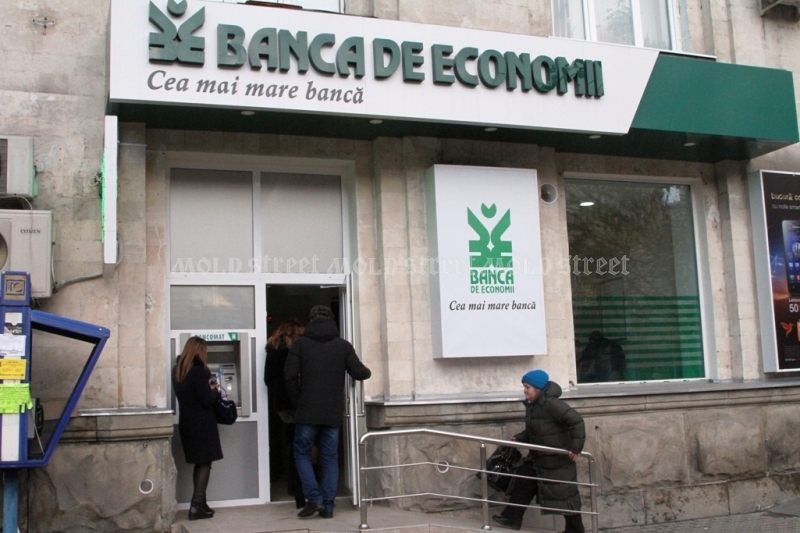 Savings Bank was the largest bank in Moldova 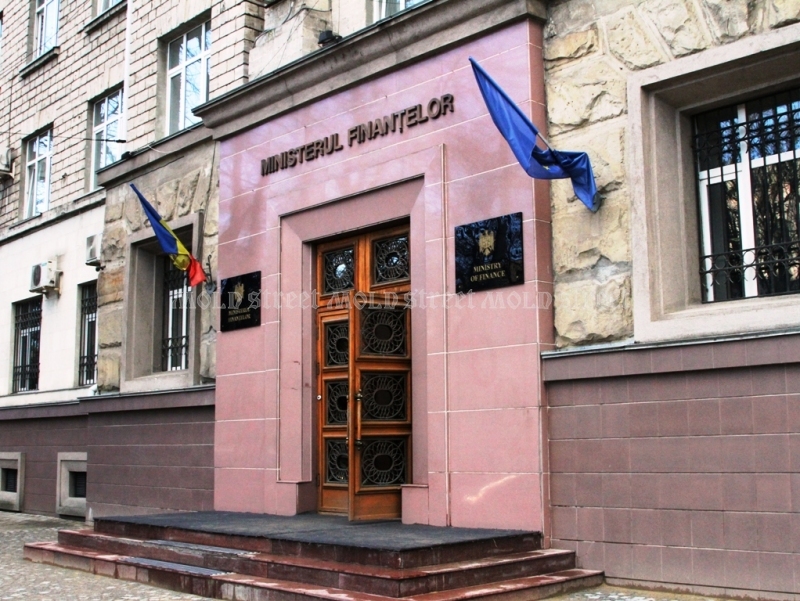 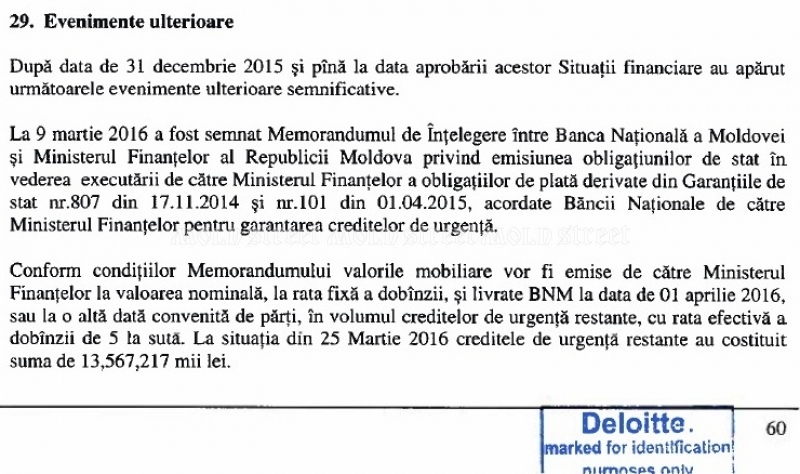 The Moldovan National Bank and the Finance Ministry have struck a deal under which the government would issue state bonds to recover more than 13 billion lei, starting April 1.

The authorities have thus found a way to recover around 13.6 billion lei (400 million dollars) which remained missing after the theft of more than one billion dollars and shutdown of three commercial banks – Savings Bank, Unibank, and Social Bank.

The news about the agreement emerged when Deloitte Audit SRL from Romania published the annual audit report on the National Bank of Moldova.

The document, which was signed on March 9, 2016, says that “the bonds would be issued in order to enable the Finance Ministry to fulfill its obligations in compliance with the State Guarantee Paper #807 from November 17, 2014 and State Guarantee Paper #101 from April 1, 2016, both of which were granted to the National Bank by the Finance Ministry in order to guarantee the emergency credits.” The conditions of the memorandum further say, “the bonds will be issued against the nominal value, at a fixed interest rate, and will be delivered to the National Bank on April 1, 2016, or any other date convened by the parties, in the volume of emergency credit arrears with an effective interest of 5%.”

According to Deloitte Audit SRL, on March 25, 2016 those arrears amounted to 13.57 billion lei. An elementary calculation shows that the annual 5% interest from this sum represents around 678 million lei a year; the base sum was not counted.

Pledge is 520 fold lower than credits

Hopes that the sales of assets of the three banks would collect significant revenues are melting away every week. Between the beginning of this year and March 25 the arrears reduced by 122 million lei, or 1.44 million a day. On one hand, the cost of assets is getting down and on the other hand there will be nothing to sell soon. The audit report also says that the total pledge deposited by the three banks to guarantee the repayment of loans was 26.1 million lei at the end of 2015 --- this amount is 520 fold lower than the arrears.

The main question here is who will buy those state bonds for a 5% interest and – more importantly – what is the repayment duration.

„Convicted” to repay one billion dollars in 25 years

Sources in the bank system told Mold-Street.com that the Finance Ministry convoked the heads of all Moldovan commercial banks for an informal meeting the next day after the memorandum with the National Bank was signed. It acknowledged the fact, explained what the document was about and confirmed that the repayment of bonds would be 20-25 years and the interest would be 5%.

The government offered the banks to buy its bonds and “help get the problem solved,” but this sort of solution did not enchant the bankers while some of them criticized the authorities for being unable to prevent the fraud and find the culprits, the sources said.

This solution was first proposed by former finance minister Anatol Arapu, at a meeting with business people in autumn 2015.

He admitted back then that his proposal was a motive for friction with the International Monetary Fund, which wanted a shorter period of repayment and compliance with the market economy.

Stanislav Madan, head of the market study department at Business Intelligent Services, says the government will raise the necessary money from taxpayers. “Aside from screening the central bank’s financial condition, which illustrates generally the effects of severing monetary policy such as reduction of available money in the monetary circuit and growth of commercial banks’ deposits in the central bank, the audit report also highlights a new epic in the bank fraud story. Between the end of 2014 and end of last spring our taxpayers were paying indirectly for this Robbery of the Century: let’s remember the collapse of the national currency; increase of prices for products and services; limited access to finances and expensive credits, and so forth. From now on, we are going to pay directly as taxpayers. The memorandum between the National Bank and the Finance Ministry activates the government’s guarantees and translates the 13.6 billion lei into an internal state debt, which will be repaid by all taxpayers,” Mr. Madan told Mold-Street.com.

The former head of the central bank, Dorin Drăguțanu, too, admitted earlier that the only way to recover the credits given by the National Bank to the three bankrupt institutions – in case they were unable to repay – would be transformation of the lending into state debt.

The report also highlights a few curious details. It says that the State Guarantee Paper #807 from November 17, 2014 was passed just four days after a government decision coded as #938 “on macroeconomic stability in the context of regional conjuncture,” which was immediately classified and made public five months later.

Who used the government guarantees

Perhaps it’s just a coincidence, or maybe not, on the same day when the decision #938 was passed (November 13, 2014), a Cypriot firm called Insidown takes over 38.2% in Victoriabank.

The next day till November 24 – as if they were obeying the same order – four Moldovan banks (Victoriabank, Eurocreditbank, Moldindconbank, and Moldova-Agroindbank) pumped hundreds of millions of lei into the Savings Bank. Within days, the injected sum soared from 193 million up to 2.26 billion lei. Mind that everyone already knew that the Savings Bank was on a crash track.

The Kroll Report narrates well about this operation and how much each one had contributed. Victoriabank was the most generous – it gave away around 1.9 billion lei. The other three banks poured less money: Moldindconbank and Moldova-Agroindbank almost 150 million each and Eurocreditbank just 20 million lei. The risk was minimal because they knew about the government decision #938 and they received their money back after the National Bank landed with a special administration regime in the Savings Bank. 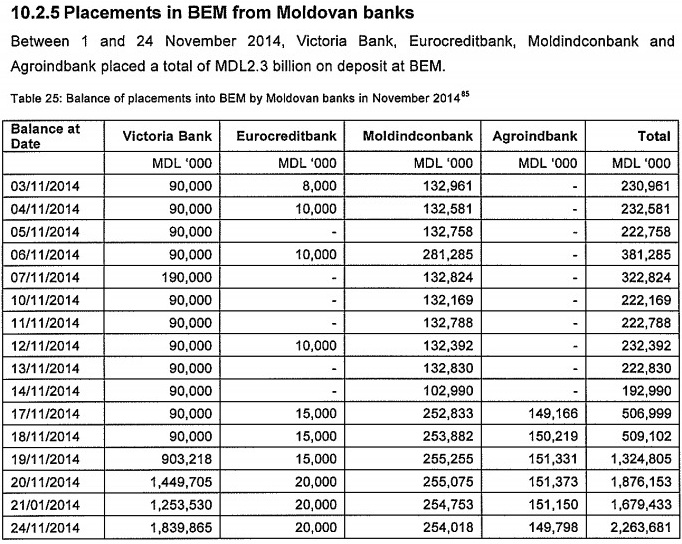 What Kroll says about the injections into Savings Bank

In five months, former Prime Minister Ciril Gaburici signed a similar decision, which valued 5.34 billion lei. Another former Prime Minister Iurie Leancă, who had signed the first decision – which was also counter-signed by ex-deputy premier Adrian Candu, ex-finance minister Anatol Arapu, and ex-justice minister Oleg Efrim – says that it was a common decision of the ruling coalition to oblige the central bank to help the three banks involved in the fraud.

”The secret decision was approved by the government based on the common agreement of the leaders of our coalition. Everyone shared this stance and the National Bank insisted to classify it. In the cabinet the support was unanimous. There was no annex but the decision [#938] was passed in the belief that a rescue plan would be developed in a short time,” the former premier told Deschide.md.

Asked when the government first thought of the two options to address the fraud (shutdown of the three banks or their capitalization, Mr. Leancă said in April 2015 that those possibilities were being discussed all the time. To prevail, one of the options needed a recommendation from international experts and competent European institutions, he specified.

A study released by Expert-Grup, a Moldovan think tank, says that the government permitted the fraud to happen, because its representatives in the Savings Bank managing board had missed the meetings where decisions were taken. Overall, the Finance Ministry and the Economy Ministry ignored 119 meetings of the Savings Bank board in 2013-2014.

If anyone wants to learn how hard is to recover money from a bank, Mold-Street.com advises to look at Investprivatbank, which lost its license in June 2009 and still owes 362 million lei to the public budget after seven years since closure.