Food producers miss trade opportunities due to the lack of vision 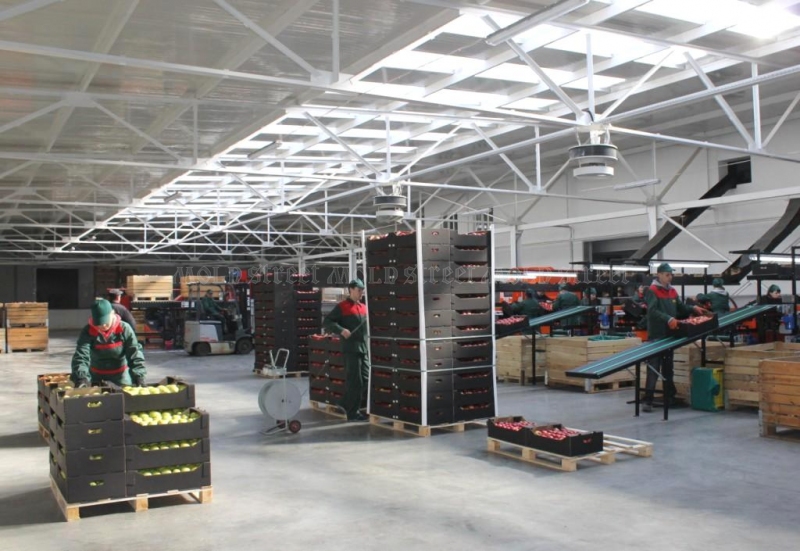 Cold store and sorting line of Codru ST are fit for exports to the E.U. 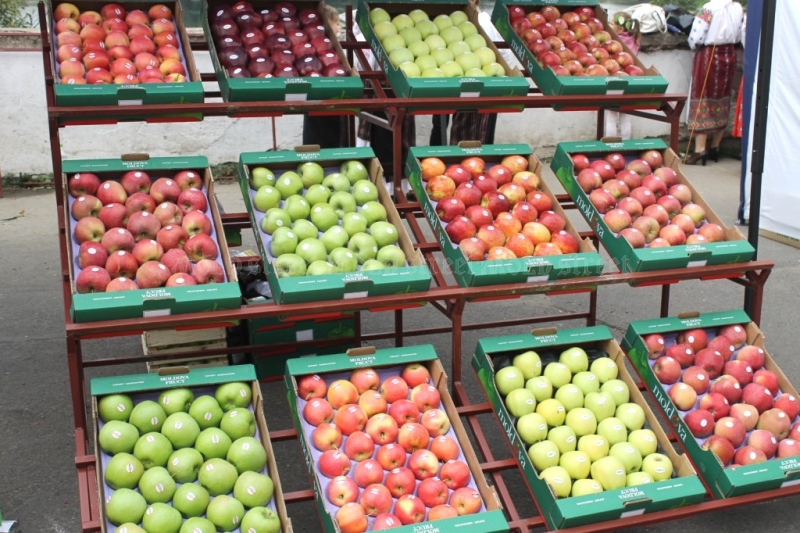 Moldovan apples were not in demand in Europe, due to low prices 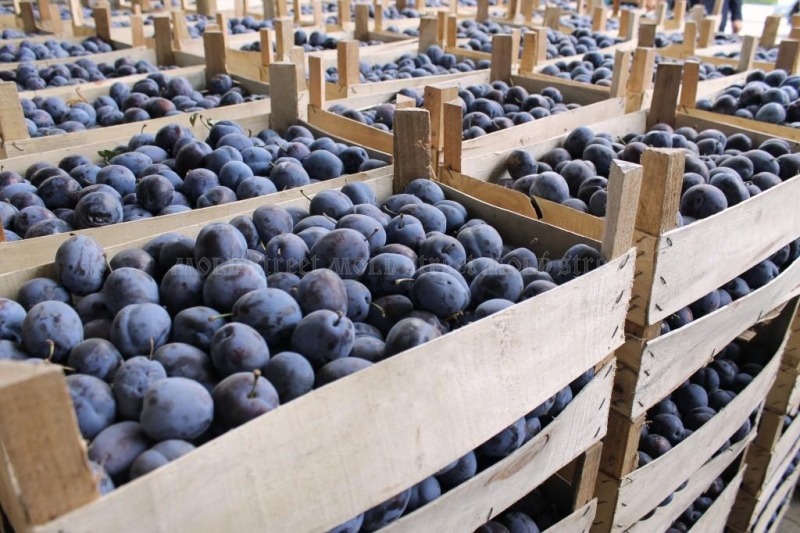 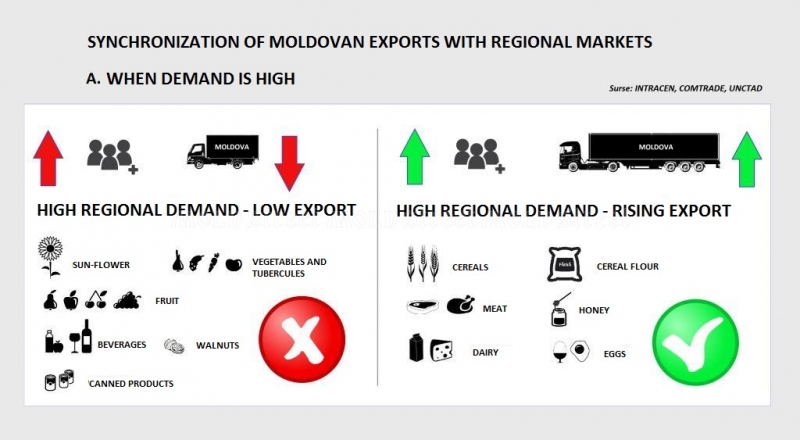 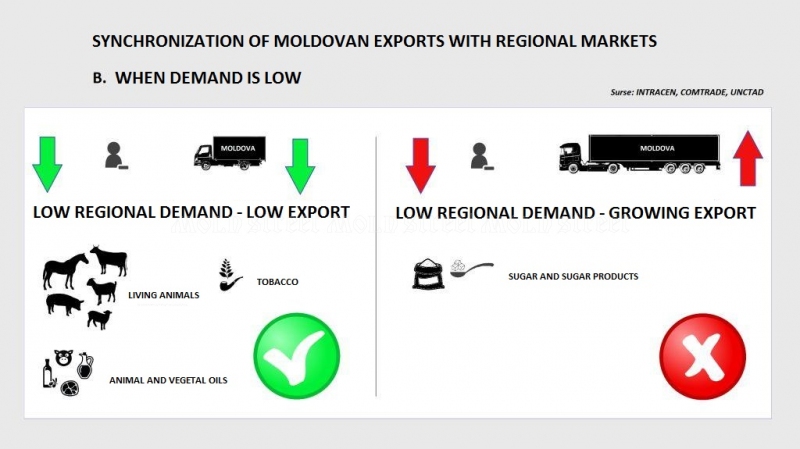 BNS
In 2015, Moldova had a poor export performance and Moldovan producers were not able to cover at least the quotas which the European Union offered on free-tariff conditions.

Certainly the headline above does not fit the conclusions of various analyses and expectations lately; this is contrasting to a significant migration of Moldovan food exports from the ex-Soviet markets to the E.U. countries in the past 4-5 years.

The reports issued by the National Bank of Moldova (BNM) show that the decline was due to the deteriorating situation in the region, especially Russia and Ukraine. Nonetheless, a more careful look will let readers discover “local” causes, too, such as the lack of strategic vision in the food trade area.

Although the final data regarding the food export in 2015 were not released to date, what is surely known is that the export of Moldovan vegetable produce in the third quarter amounted to 90.6 million USD, or 68.1% compared to the same period of 2014. The export of products of animal origin was even weaker – just 42.4% of the value of the third quarter in 2014.

Russia is more attractive at prices

The reports from the Agriculture Ministry confirm a weak dynamic of food exports, which were directly determined by the slowing export to E.U. markets. This fact proves again that two factors play a great role in the Moldovan food trade: 1. Moscow slowly opens its doors for Moldovan companies that are willing to export to the Russian Federation. 2.  Moldovan agricultural producers lose in competitiveness in the European Union markets.

It happens that a significant part of Moldovan food exports lively return to the CIS zone, mainly Russia. Categorically, the Russian embargo on E.U. food products, too, has a contribution to this turn of events. This fact has put pressure on E.U. products – the market has reached the level of saturation and the prices within the community plummeted abruptly. Moldovan exporters, in order to lower the losses, hurried back to the ex-Soviet markets, where the prices were higher. According to an APK-Inform report, the price of apples in Poland, for example, was just 0.15-0.31 euro/kg during this season, while in Russia they sold for 0.52-0.82 euro/kg. The difference of 0.37-0.51 euro/kg represents quite some money and acts as a good incentive for Moldovan exporters.

Although it might seem that the sporadic sales in the CIS markets amount to a solution (for some exporters even as a long-term solution), it is nevertheless evident that Moldova needs to secure a good quality of its products in order to enter and hold the grip on the E.U.’s mature and promising markets.

Why Moldovan apples and garlic are not selling in the E.U.

It is unfortunate that Moldova has not been able to fill in the tariff contingents which the E.U. offered the country for duty-free trade. The Moldovan Economy Ministry claims that the trade with traditional produce such as wheat, corn, barley performed very well - 238%, 125% and 111% respectively, but admits that in the case of high value products (fruit and vegetable) the E.U. quotas were unfulfilled.

In the image at left readers can see, for example, a duty-free quota of 40,000 tons for apples in 2015, but actual exports of Moldovan apples to the E.U. accounted for just 1.9% (image at right). Tomato exports filled in just 1.2%, grapes and plums 78% and 61.5% respectively. Interestingly, the 5,000 ton quota for grape juice was unclaimed. Similarly, not one kilogram of Moldovan garlic – for which the quota was again 5,000 tons – ever crossed European borders.

If we look at the map, the geography of Moldovan food exports isn’t diverse, minding that the Union consists of 28 states and exporters should target as many as possible markets in order to diversify their offer and to diminish the country risks.

Moldovan tomatoes, for example, sell in two markets only, Romania and Lithuania; grapes sell in six countries (with Romania, Spain and Estonia in top); apples in four markets (Romania, Greece, the UK, and Bulgaria); and plums in five (Romania, Poland, Bulgaria in top).

One of the reasons is the low adaptability of Moldovan food exporters who have been used to deal with a known market rather than venture into new destinations. In the case of wheat, for example, Romania, Italy and Greece have always been Moldova’s traditional buyers and this status has not changed for years. For richer E.U. markets such as France, Germany, Sweden, the UK, or the Netherlands the Moldovan food exporters are not prepared yet, given the poor marketing performance or small volumes of products.

Nice priorities, good Agreement. What next?

Inga Ionesii, head of the Economic Cooperation Department at the Economy Ministry, says that an objective for 2016 is to obtain duty-free quotas for the export of animals and animal-origin products to the E.U. There is “relevant progress” in this regard that is related to the efforts to stimulate the export of Moldovan food products to the Union, she noted. One of these, in the context of the Deep and Comprehensive Free Trade Agreement (DCFTA) with the E.U., the infrastructure quality system with metrology and market oversight clauses is a project which has passed a first reading in parliament. As a related achievement is the agreement to participate in the Union’s SME Competitiveness Program for 2014-2020 (COSME).

On the other hand, Ana Popa, programs director at the policy analysis think tank Expert-Grup, believes that a year since the country adhered to the DCFTA the short-term effects for trade are positive but Moldova should push for a full implementation of the Association Agenda, finalize the food safety institutional reform and land on new markets within the E.U.

Sell where people want to buy...

According to Dona Școla, head of the Moldovan agency for investment attraction and export promotion MIEPO, the active search for investors and their persuasion to embrace export-leaning activities represent a goal for the government. The new prime-minister, Pavel Filip, too, gave assurance that his cabinet would support the producers working to sell in regional markets and would provide incentives for competitiveness enhancement.

Until then, readers can only pity Moldova over the ruthless regional statistics: the country has failed to become competitive in any of the regional markets. Its food exporters can hardly adapt (or at all) to the regional trends of food consumption; Moldovan offers are less diversified both as product and destination. The export decline explains the loss of competition in the regional food markets.

The infographic that shows opposite directions for the market trend and the reaction of Moldovan exporters emphasize serious problems in the export area, as they do not synchronize with the E.U. market demand (fruit, beverages, vegetables) or continue to ship products for which the demand had decreased.

Sometimes Moldovan exporters line up well with the regional demand (OK ticks in green) but one must take into consideration the fact that those products were shipped in small or very small quantities, such as the case with meat and eggs.

The cause of inconsistency arises from fundamental, structural shortcomings, and is not solely related to the worsening economic and political perspectives of Moldova’s neighbors. Here one can notice the lack of a strategic vision regarding the export promotion; this would help avoid “unhealthy migration” from one market to another. Also, the food safety system reform must get finished, successful exporters must be supported and training in marketing and logistic activities. Plus, an effective economic diplomacy campaign would give a strong helping hand.

...and learn to become competitive

Adrian Lupușor, executive director of Expert-Grup, insists that the laws on investment, the weak infrastructure, and limited skilled labor remain the biggest challenges in the way of developing export capacities.

Business people understand that the quality management certificate (GLOBALGAP, HACCP), active participation in various trade fairs, and learning about the market trends are the best tools to promote one’s product in a new market and diversify one’s trade channels, or find new buyers even in “exotic” countries for Moldovans – remember the shipment of Moldovan apples to Qatar and Egypt. These tools however are poorly managed by Moldovan exporters, who are conservators by definition. They feel comfortable in the market they depend upon and they return there as soon as that market welcomes them back.

At the same time, it’s not a secret that Moldovan agriculture is not attractive for investments. It’s full of flaws: bear in mind the inadequate transportation/bad roads, few cold stores/sorting or packing lines, etc. one should also consider the small size of the Moldovan market, small – and ever late – subventions, complicated customs procedures, limited technologies and processing capacities, tight plots and scanty production.

Corruption, a problem in the certification system

The real “cherry” however is corruption in Moldova. It was the source of a few scandals related to the certification of agricultural products and their export to Russian in 2015, with continuation of the series this year. In one way or other Moldova is ought harvest the opportunities it’s been given – favorable geographic positioning, relatively good land resources, liberalized trade with the East and the West. To start with, it’s high time to use the E.U.-sponsored instrument called DCFTA, otherwise it will become another Generalized Trade Preference System which the United States offered Moldova and which ends in December 2017 without being used once by Moldovan food exporters.