Will Moldova survive in 2016 without international assistance? 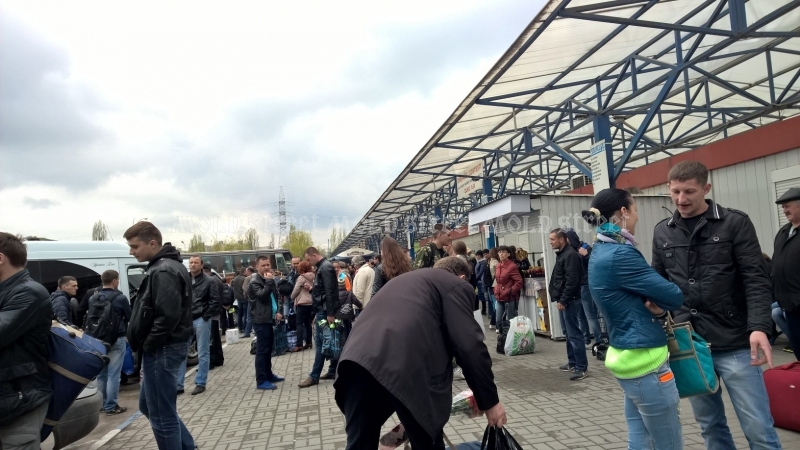 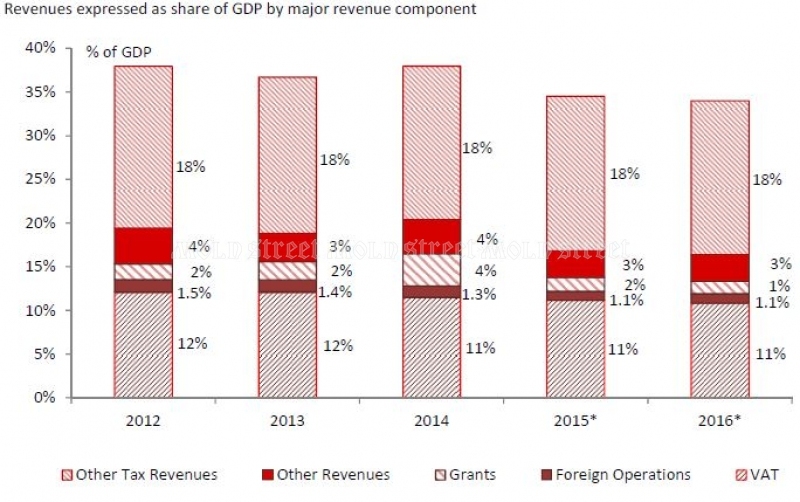 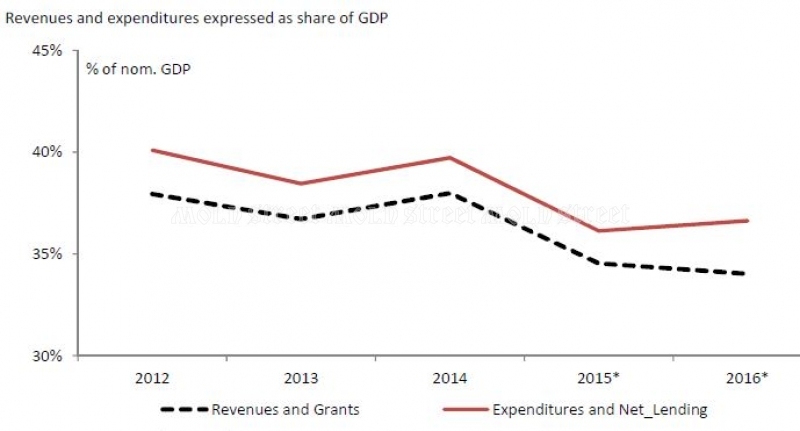 Evolution of revenues and expenses in the GDP

BNS
The most optimistic forecasts by foreign economists say that in 2016 Moldova’s budgetary deficit will be 3.6 billion lei ($180 million). On the condition of a drastic limitation of the public spending for investments.


Businessman Ion Sturza, a candidate to the post of prime minister, has admitted that the retired and public employees are likely to get paid with delays beginning February 2016.

"I have confirmations from many sources, and exact data, that the wages and pensions will be paid on time until January 2016. Already in January there shall be delays. It’s a scenario that any prime minister – left-wing or right-wing – must take into consideration, even though it’s a shocking scenario,” Mr. Sturza stated.

An agreement with the IMF is wanted

At a meeting with the business community, Ion Sturza said that Moldova would be able to receive a total of 200 million dollars in international assistance for budgetary needs in 2016 including 60 million euros from a promised Romanian loan. This will happen if the relations with the IMF get back on track, he underlined.
Acting Finance Minister Anatol Arapu was quoted as saying earlier that an agreement with the International Monetary Fund would clean the release of 40 million euros from the European Commission and another 45 million dollars from the World Bank. Mr. Arapu also said that Moldova had missed 9 million dollars from the World Bank money for various social and agricultural projects.
„There is not one problem on behalf of the World Bank to disburse all of the resources but we have to udnerstand that the funds get smaller because we had failed to comply with the conditions from head to tail,” the finance minister said at a cabinet meeting.
And Alex Kremer, World Bank director for Moldova, Europe and Central Asia, too, stated that the organization he represented „would not give its budgetary support to Moldova as long as we and aut colleagues from the IMF were certain that the Moldovan government had a sustainable plan for the country’s public finances."
It is difficult to know what solutions the Moldovan authorities count on, given the lack of a a draft national budget for 2016 and the tax and customs policy papers. At this moment it is not clear if and when negotiations will start with the IMF on a new agreement. An expert taskforce from the German Economic Team moldova was looking for an answer to this question; they have released their estimates of the revenues, expenses, and deficit of the 2016 budget.
More than 50% of grants are gone for good

In 2014, Moldova received grants worth more than 4.1 billion lei, an amount equal to 3% of the GDPș this was the third largest source of revenue for the national budget, according to official reports.
"Bearing in mind that the grants made up almost 10% of the budgetary revenues in 2014, donors’ decision to reduce their financial assistance has played a significant impact on the budget. In 2015 the revenues from grants are expected to lose 50%.
We also expect that the overall revenues deplete 35% of the GDP, and this is a significant fall compared with 2014 when the revenues made up 38% of the GDP. Although the overall revenues are expected to increase, this will not be sufficient to keep step in step with the growth of prices. We think that the share of revenues in the GDP will go on down, to just 34% in 2016,” German experts said.
In their opinion this loss had to be compensated with lower spending. It did not affect the current expenses such as wages, which increased in 2015 by 17%.
6.5 billion less for investments

The study says that the "capital expenses (investments) absorbed the largest deflation and are expected to lose 69% in 2015, which is about 6.5 billion lei." It also says that the expenses allocated for salary and pension increases in 2016 would remain untouched. As a consequence the budgetary deficit, which in 2015 will be 1.6% of the GDP, will mount to 2.6%, that is around 3.5 billion lei.
At present, the Moldovan government is not able to borrow enough money to fill into this hole, according to German economists.
If the size of grants remains in 2016 at the level of the precedent year, it is possible to reduce the expenses by another per cent, or increase the revenues. This measure however is hard to achieve in the present economic and political climate, it goes on. The government reacted rapidly and decisively to the budgetary threats, leveraging successfully the expenses to the level of revenues – though the measure cannot sustain in the medium- and long-term. Then, there is a risk that the government may not refinance its debt at this moment.
New agreement with the IMF as the only viable solution

"In order to reduce this risk, it is necessary to enforce a fiscal stabilization strategy. To achieve fiscal stability the Moldovan government needs a new program with the IMF – this is the only viable option. It is a key requirements which donors want in return for more funds and for increasing the share of preferential loans back to the previous level. It is unlikely to maintain fiscal stability in medium- and long-term without continued financial support. In addition, the new IMF agreement would be an important anchor for macro-economic stability by offering confidence to households, companies, and investors,” Mold-Street.com quoted the study.
Another measure for the fiscal stability strategy is a tight coordination with the monetary policy. Following the fiscal adjustment, it may turn out that the monetary policy can be less restrictive than it’s the case. Even though, the government needs to avoid by all costs any political interference in the National Bank. The monetary policy was a major anchor for stability in the past and an attempt to monetize the budget would push the inflation rate up or would trigger a new exchange rate crisis, the German study reads.
This can be a solution in short term only but it can rapidly degenerate into macro-economic incertitude. Printing more money in order to cover the government expenses will unleash a new inflation growth and perhaps a new monetary depression. Both combined they endanger the macro-economic stability.
Is printing more money an option?

Victor Parlicov, an expert at the IDIS Viitorul think tank, too, thinks that a new inflation wave is washing up the Moldovan horizons and the domestic currency (Lei) is likely to weaken again, as a result of the Lei multiplication – just because the government doesn’t have an agreement with the IMF. He is not sure that such an agreement will be signed during the first half of 2016.
"The central bank has exhausted all of its instruments for monetary intervention in order to reduce the monetary mass, following the rise of the base rate up to 19.5% and compulsory reserves up to 32%. On the other hand, it doesn’t have too many currency reserves for an eventual comeback in the market in the case of a new turmoil,” Mr. Parlicov told Mold-Street.com.
In his opinion, there are signs that Moldova is returning to the 1990s, when the government used to spend money for wages and pensions from the budget and could not find resources for investment projects.
Gloomy forecasts for 2016

The German Economic Team Moldova said the overall budgetary revenues will amount to 45.44 billion lei, which is 9% more than in 2015. Given the high inflation rate, this increase will be not enough to secure a wage raise that would catch up the prices. As for the spending bill, it will increase by 12%, up to 48.9 billion lei compared with 2015. The investment expenses will remain at the level of 2015 – that is three times less than in 2014.
"This situation reflects the fact that the potential for new budgetary savings has been drained while the planned raises of wages, pensions, and social benefits may knock down the entire system,” the Germans found in their study.
Until now, the Finance Ministry and the government have acted cautiously at a great extent in an attempt to hold off a fiscal crisis in an environment of continued pressures on the public finances.
* * *
This material was produced as part of the project "Investigative business journalism for transparency and European integration,” which Business News Service (Mold-Street.com) is implementing with the support of the National Endowment for Democracy (NED). The opinions expressed therein belong to their authors and do not reflect necessarily the stance of NED or the U.S. Government.