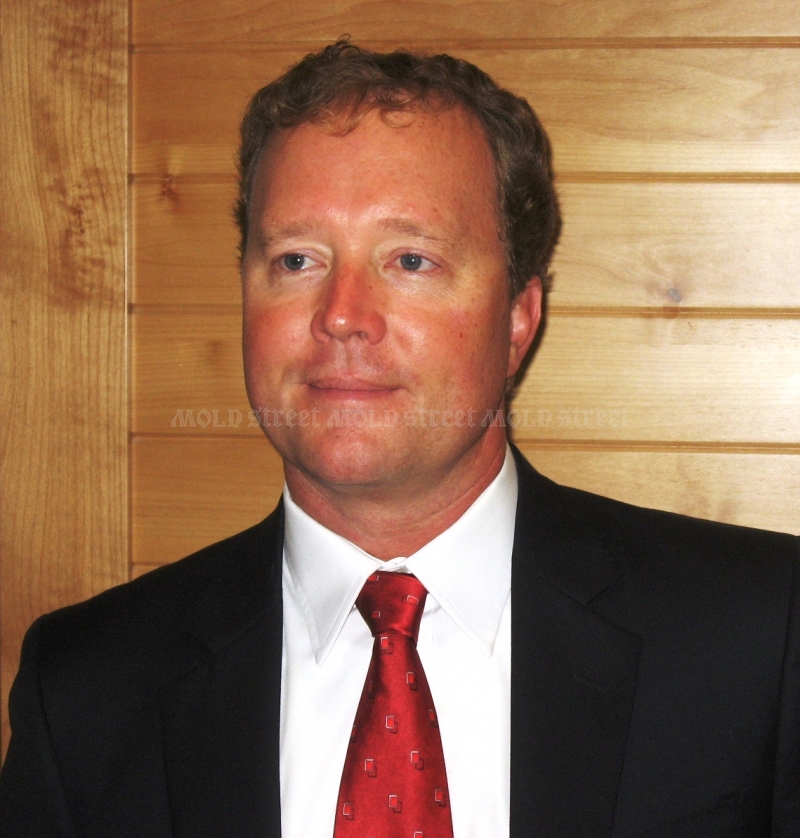 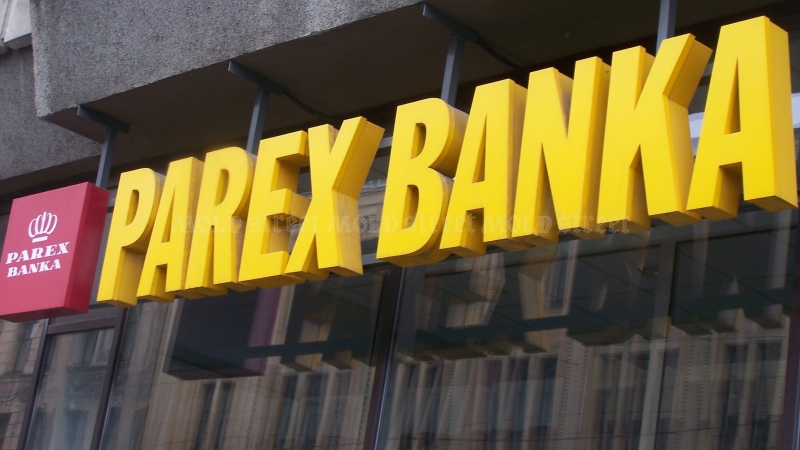 John Christmas, exiled whistleblower from the Latvian Proxy Network
Article for Moldova audience about how the looting of their banks could have been prevented if Latvia, the EBRD, and Eurostat, and the auditors and ratings agencies had done their job.

Latvia has been an “offshore” or “non-resident” banking center for the former Soviet Union ever since the early 1990's when KGB agent Grigory Loutchansky licensed several banks in Latvia for making transactions related to Gazprom and Viktor Chernomyrdin.

The scale of activities of Latvia's non-resident banks has been increasing over the years despite rhetoric from Latvia, the European Union, and the United States that they are combating money laundering.

Who are the latest victims? The people of Moldova who discovered this year that $1 billion disappeared from three Moldovan banks through shell-company accounts in Latvia, an amount equal to 16% of Moldova's GDP.

I am personally saddened by this because I have been fighting a campaign since 2004, from exile since 2005, to expose and shut down the so-called “Latvian Proxy Network” or “Russian Laundromat” as it is called by the Organized Crime and Corruption Reporting Project (OCCRP). And I would like the people of Moldova to know the identities of the institutions that are fighting against me to protect the bad guys.

In 2004, I was Head of International Relationships Group at Parex Bank. Parex was the largest of Latvia's non-resident banks and it was Parex Oligarch Valery Kargin who conducted negotiations with the Latvian General Prosecutor, as revealed in recordings published in 2007.

I compiled a list of material frauds at Parex and gave the list to the following government departments: Prosecutors Office, State Police, State Revenue Service, Anti-Corruption Bureau, Constitutional Protection Bureau, Bank of Latvia, Financial and Capital Markets Commission, Economy Ministry, and even the Defense Ministry. All of these departments refused to investigate the frauds and the threats I received following the whistleblowing.

My whistleblowing was reported in the Latvian media a few years later. In 2007, “Dienas bizness” published a threat transcript and a detailed explanation of the most easily confirmed material fraud.

This inaction gave a “green light” for Parex to expand its activities. The bank borrowed more and more, assisted by the Latvian government which organized Parex events at embassies in the UK and Switzerland.

Eventually there was a response from law enforcement, interestingly from the United States. The FBI interviewed me in two all-day sessions in London and Chicago, and the United States Department of Justice made a record-breaking settlement with Daimler in 2010. The FBI had collected information that Daimler (Germany) and Solaris (Poland) paid bribes through Parex to Latvian politicians to sell buses. The fraud that had been explained in the 2007 “Dienas bizness” article was related to this case.

The Parex/Daimler/Solaris fraud was only a small part of my whistleblowing, but it was enough to send the perpetrators to prison if only anyone had tried.

Latvian authorities pretended that they didn't know about the fraud and corruption until handed a completed case by the US in 2010 and then did nothing until they announced that the statute of limitations expired a few years later.

Likewise, Latvian authorities ignored the following cases which also all involved Parex and/or AB.LV, another offshore Latvian bank which used the same company International Overseas Services to register shell companies to hold deposits: Switzerland v Alstom, Sweden v TeliaSonera, the Dmitry Klyuev (Sergey Magnitsky) case, and the Sergey Kurchenko case. All of these were lost opportunities to stop a group of offshore bankers who would later be involved in the disaster in Moldova.

The bubble at Parex burst on 8 November 2008. Latvia nationalized Parex and transferred an amount that grew to approximately two billion euros of taxpayer money to Parex, mostly as a bailout loan. One of the main purposes of the “loan” was funding the movement of shell-company deposits from Parex to AB.LV.

This is when another easily-confirmable fraud arose. Latvia announced that Parex was in good health and that the bailout loan to Parex would be paid back and therefore should not be accounted for as a loss. Latvia “proved” this by selling a stake in Parex to the EBRD in 2009. The EBRD is a “development bank” funded by taxpayers in 65 countries. The purpose of the EBRD, according to their own website, is to foster transparency.

But why did the EBRD buy this stake? Was it actually valuable?

Parex reported profits every quarter from its founding in 1993 until its sudden collapse in 2008. When the government divided the bank into a “good bank” and “bad bank” in 2010, then it was revealed that approximately half of the loan portfolio was “bad.” We learned about outrageous “loans” such as a transfer of $111 million from Parex to Vladimir Putin's friend Eduard Khudainatov which has no collateral. It seems that many of the loans on the Parex balance sheet were actually gifts. Therefore, Parex had been reporting profits that weren't real.

None of the insiders have admitted to this yet. The auditors and ratings agencies remain silent, pretending not to know anything. Latvian government officials make statements that the Latvian economy collapsed because of “Sweden” and mainstream journalists publish these statements even though they are obviously false. When will anyone from the thousands of people involved stand up and state the truth? It is impossible that 50% of the loan portfolio suddenly turned bad on 8 November 2008. Most of these loans must have been bad already. And, this had nothing to do with Sweden.

My point is that what happened in 2014-1015 in Moldova is similar to what happened in 2008-2009 in Latvia with some of the same people involved. A large amount of bank assets mysteriously disappeared and the loss went to the taxpayers. Latvian people themselves are also the victims of the “Latvian Proxy Network.”

For five years, I was left to emailing international journalists about a leaked government document indicating that the share sale to the EBRD was fake because Latvia secretly guaranteed to reverse the transaction with a guaranteed profit to the EBRD paid by duped taxpayers. The EBRD wasn't a real shareholder and instead was being used as a front to hide the fact that much of the two-billion-euro bailout loan from Latvia to Parex wasn't going to be paid back.

After years of efforts emailing thousands of responsible people most of whom ignored the information even though it was relevant to their jobs, I did find journalists in Italy and the Netherlands who published articles. Yet the EBRD continued to pretend that nothing had happened.

Finally I found a parliamentarian in the Netherlands who wanted to discover the truth and he sent a letter to Eurostat, which is the European Commission's department responsible for the integrity of the financial statements of the European Union member states. According to the parliamentarian, ESA95 rules require that member states should report all debt as debt even if some of the debt is called a “guarantee” rather than a “loan.” This is a standard rule of accounting everywhere. Accountants aren't permitted to hide debt simply by calling it another name.

Finally, in 2014 after a general election dominated by the people responsible for the deceptive bailout, the Latvian Prime Minister admitted to the deception. This was the most recent opportunity for the international community to shut down the “Latvian Proxy Network.” Courts in many countries had jurisdiction to begin prosecutions of all of the employees of the Latvian government and EBRD who conspired to falsify Latvia's financial statements so that it could issue bonds and sneak into the Eurozone without admitting that it had a massive unreported loss from the unnecessary Parex bailout.

But nobody did anything. The media barely mentioned that Latvia was accepted into the Eurozone while hiding its true debt level. Government officials are still inactive, shutting their eyes and plugging their ears so they can claim that they don't know anything.

The battle against corruption in Eastern Europe is already very difficult when it is only a battle against the organized crime groups. This is what I thought back in 2004 when I assumed Western organizations like the Big Four auditors, the ratings agencies, the EBRD, and Eurostat all supported law and transparency. However now that I have learned that these Western institutions are fighting whistleblowers to temporarily cover-up problems while the problems grow larger, I can see that fighting corruption is far more difficult. Let's hope employees of these organizations, witnessing the suffering they have promoted in Moldova and elsewhere, will undergo a change of attitude.